"Escape at Dannemora" is no "Shawshank Redemption" — and that's on purpose 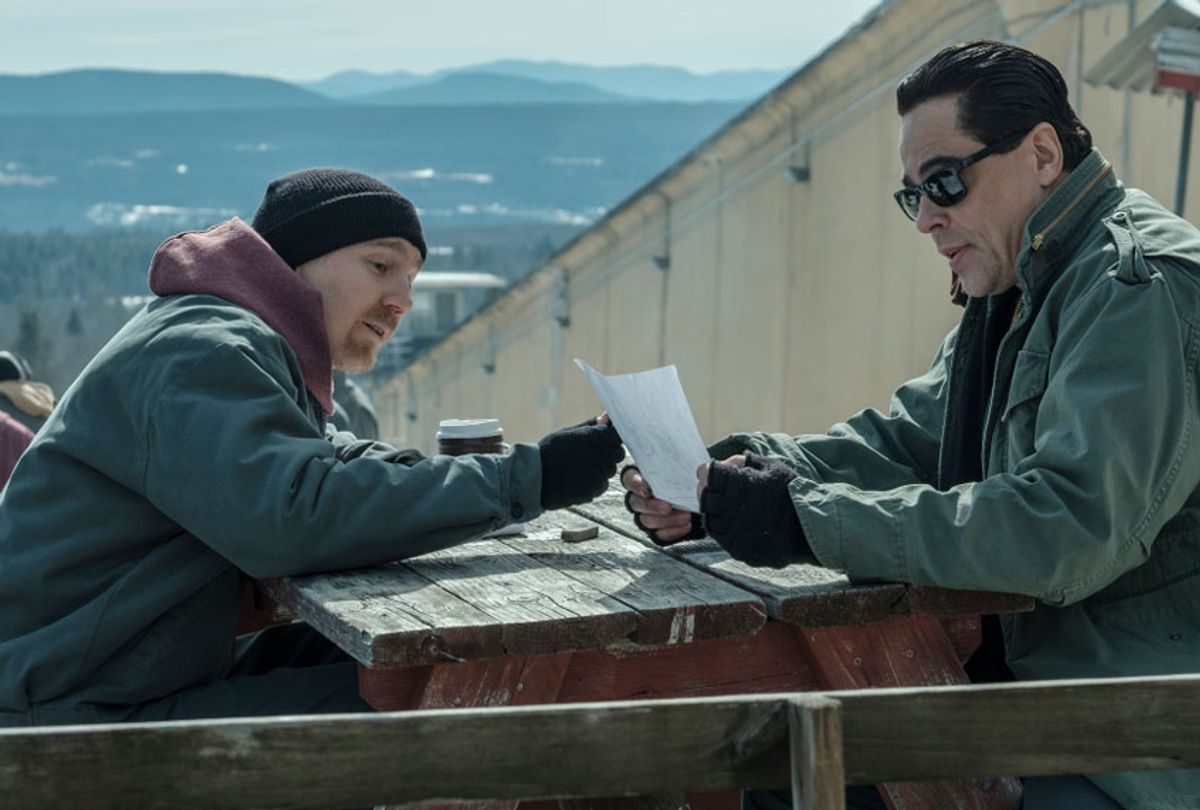 Before writing “Escape at Dannemora” with Michael Tolkin, Brett Johnson had what may be one of the most demanding jobs in television. For two years, Johnson was in charge of research for AMC’s “Mad Men,” working for a notorious stickler for detail, be it a matter of style or historic fact.

“I would often tell Matt Weiner, its creator, that we were through the looking glass,” Johnson recalled to Salon in an interview at a press event in support of the Showtime miniseries, which debuted on November 18. “When you're throwing out a story because there wasn't a hockey game on TV particular night . . . I’d say 'You know, no one knows this unless they're going through the microfilm.’ Which I was. I’d have find the TV Guide from 1964.”

Sometimes meticulous devotion to research can be overkill. But in retrospect, Johnson said, “that led into me writing my first episode, which was the one where JFK was assassinated. That was an especially research heavy episode.”

Even so, he went on to point out, “Mad Men” is a fictional series. “Escape at Dannemora” is based on 2015 prison break from Clinton Correctional Facility in upstate New York. Two convicts, Richard Matt (played by Benicio Del Toro) and David Sweat (Paul Dano), escaped with the help of an inmate supervisor smitten with both of them, Joyce “Tilly” Mitchell (Patricia Arquette). For 23 days they eluded law enforcement officials. Ultimately the manhunt ensnared each man. But only Sweat survived and was returned to prison.

Johnson authoritatively declared “Dannemora” to be “the most researched thing that's ever been on TV. I say that with full confidence. I mean, we Freedom of Information Acted all of the transcripts of the two people who survived from this. We had thousands of pages of testimony. We read through all of them, highlighted them in many instances, took lines out of their transcripts and use them verbatim.”

With the assistance of New York governor Andrew Cuomo, the writers were able to spend time with Sweat, whose version of events Johnson said he took with “very serious skepticism.”

“I mean, he's meeting the person writing the movie about him. He's going to have a certain bent to his answers, isn't he?" Johnson said. “But I've found that if you do the work . . . the more you learn about them, the more you really do feel confident about extrapolating the things you know into making the fictional parts feel as though they were just as well researched as the stuff that was definitely documented.”

“Escape at Dannemora,” airing Sundays at 10 p.m. on Showtime, joins a long line of TV and cinematic works about prison, an oeuvre with which Americans hold a strange fascination.  In 2018, amid tens stories examining the corrupt economics of the privatized penal system and the deplorable politics driving immigrant detention policies, new seasons of “Orange Is the New Black” and “Making a Murderer" asked audiences to connect to the humanity of incarcerated people. Even Hulu’s “Castle Rock,” a genre series based on the work of Stephen King, explored issues of race and class identity in a storyline that intersected with the criminal justice system, albeit with supernatural undercurrents.

King, of course, authored the short story upon which most famous cinematic prison fable of modern times, 1994's “The Shawshank Redemption,” is based. (Shawshank plays a key role in "Castle Rock," too.) And Johnson was quick to say he loves "Shawshank" — the No. 1 film on IMDb's chart of Top Rated Movies for many years running — while describing “Escape at Dannemora” its opposite.

Along with Tolkin and fellow executive producer Ben Stiller, who directs the series, Johnson intentionally shaped “Escape at Dannemora” to be a character-focused piece first, and one that tosses aside standard narrative fallbacks.

“Whenever I watch a prison break movie, and we watched pretty much all of them for research, it's always two guys or three guys, and it about are they going to make an out or not. It's all about the laundry hamper, and the spotlight and when are the guards going to change shifts. To me that's all logistics. It's not that interesting,” Johnson said.

Another chestnut cast aside are depictions of extreme violence. The most explosive moment in the series premiere is an argument activated by Matt stepping on a fellow inmate’s foot. Another conflict involves a guy who wants a new fuse in his cell, and still another heated row is over shaving cream preference.  “It was very important to lower the stakes in that way,” Johnson said.

In that regard, the film wielding the greatest influence over “Escape at Dannemora” is a 1964 film by Jacques Becker titled “Le Trou.”

“A lot of these films, it's like a montage and then they’re out. But with ‘Le Trou,’ there's a shot where they're just pounding on the floor for like five minutes and it doesn't cut away. It does something to you, watching that, just to see the struggle and the toil.  I think we tried to emulate a lot of the time.”

Having said all of that, Johnsons main entry point to “Escape at Dannemora” is Arquette’s character Joyce Mitchell, known as Tilly, who is currently serving time for her role in the plot. “Tilly immediately made this so much more universal than any prison break story. It wasn't about that anymore. It was about, here's this woman and she’s helping these guys because the dream was for the three of them to go to Mexico together. She was trying to get out of [Dannemora]. The struggle that she went through, to me, is really the backbone of the story.”

The methodical pacing of “Escape at Dannemora” is the net result of all these conscientious decisions, creating a seven-part series more focused on the psychological aspects of incarceration than anything else.  Johnson describes the prison break itself as a parallel narrative enabling viewers to see different sides of the men doing time for horrific murders. His intent, he says, is for viewers to wonder what kinds of people Matt, Sweat and Tilly really are.

Posing that question within the story’s framework, he said, makes this particular escape story unique. And, he posited, this has little to do with the prison break itself.

“You're always looking for stories where you're watching the extremes of the human experience,” he said. “When you think about someone who you've come to know, who's been arguing about shaving cream versus shaving gel, when you put them in a situation where their life is at risk . . . even though they're the bad guy in theory to society, maybe from another point of view he's just a guy being chased by people with guns. How is he going to behave? How would you behave?"

He added, “I mean, you can research all you want and you're still not going to know what this person's like when they're alone shaving.”