While serving as an unpaid adviser to her father, Ivanka made more than $10 million from various business roles 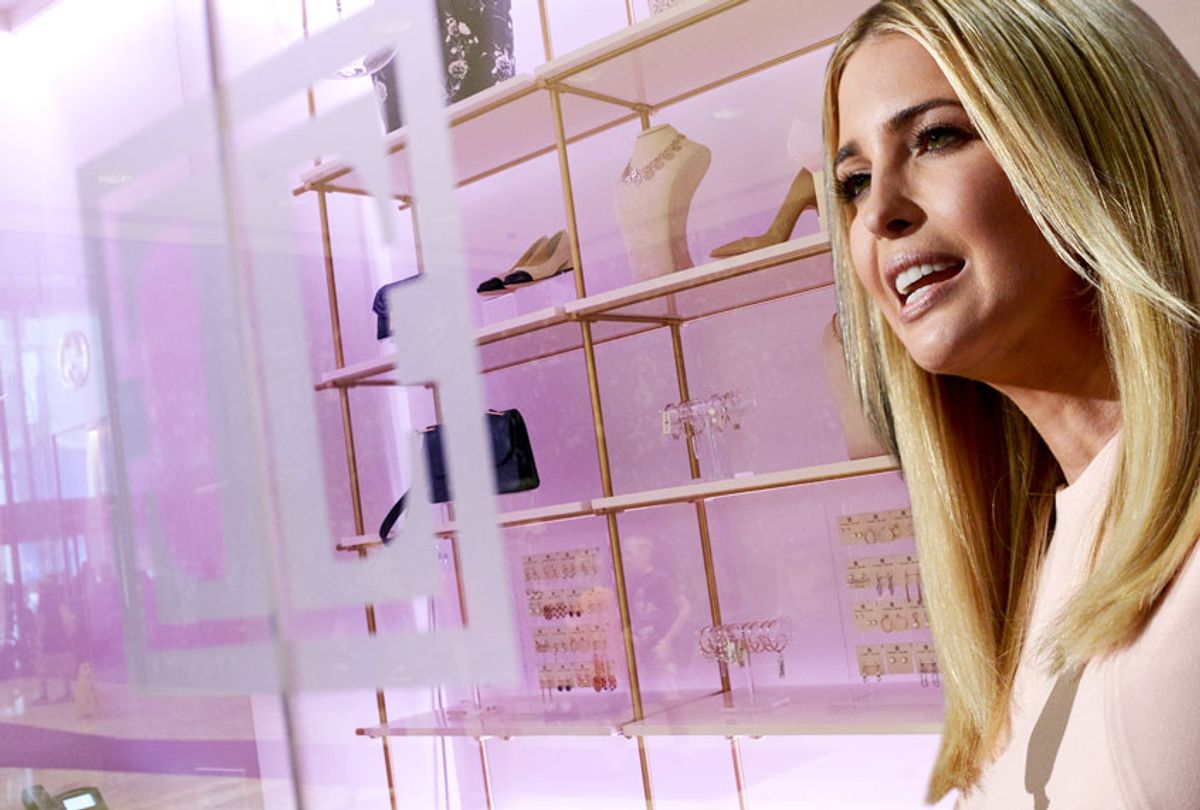 In addition to the $5 million Ivanka Trump earned from her personal business brand, she also made $3.9 million in 2017, the year in which she began her role as presidential adviser, for her share in the Trump International Hotel — despite promises to remit profits to the U.S. Treasury.

The family's Washington D.C. hotel, which opened days before Trump's 2016 election, sits only blocks away from the White House and has long been the target of lawsuits alleging that President Trump is violating the Emoluments Clause of the Constitution. Even as the hotel hosts foreign diplomats overnight while the White House hosts during the day, Ivanka Trump continues to reap a profit.

Her 2017 earnings are more than double what she filed in 2016, $2.4 million, Politico reports. What makes this growth more substantial is the fact that the 2016 amounts cover 16 months, whereas the 2017 amounts cover 12 months. In 2016, the year her father won the Republican presidential nomination and then the presidency, revenue from her apparel brand rose by more than 60 percent, according to Fortune.

As her role in the White House grew, Ivanka's reported time and investments in her brands declined. She pulled out of various leadership roles in 2017. Her earnings for her personal brand in 2018 likely will be lower, seeing as Ivanka Trump shut down her clothing and shoe lines in July. She originally began the clothing line in 2011 and sold the pieces in upscale department stores.

She started her career in fashion by way of jewelry, introducing her fine line in 2007. In the years following she released clothing lines and also published a book.

As her role in the White House grew, her reported time and investments in her brands declined. She pulled out of various leadership roles in 2017.

“After 17 months in Washington, I do not know when or if I will ever return to the business, but I do know that my focus for the foreseeable future will be the work I am doing here in Washington,” she said in a statement at the time. “So making this decision now is the only fair outcome for my team and partners.”

According to the financial disclosure which high-ranking federal employees must file every year, the president’s daughter also took in $2 million from Trump Payroll Corp., something that, according to the statement, was a severance in 2017. Her position as a White House adviser is reportedly unpaid.

Ivanka Trump’s husband doesn’t seem to be so lucky, money wise. He reported a growing debt from an investment previously made, which totaled about $25 million (this must be paid off by 2020 according to the filings). Kushner also received a loan from Bank of America which totals somewhere between $5 million and $25 million.

Though he stepped down from Observer Media, Kushner still reportedly earned $4.5 million from the company’s advertising and reported capital gains between $100,001 and $1 million from the media group.

The couple's earnings for 2018 will likely be released publicly sometime in the spring.