His lies have begun to backfire, and he’s running scared 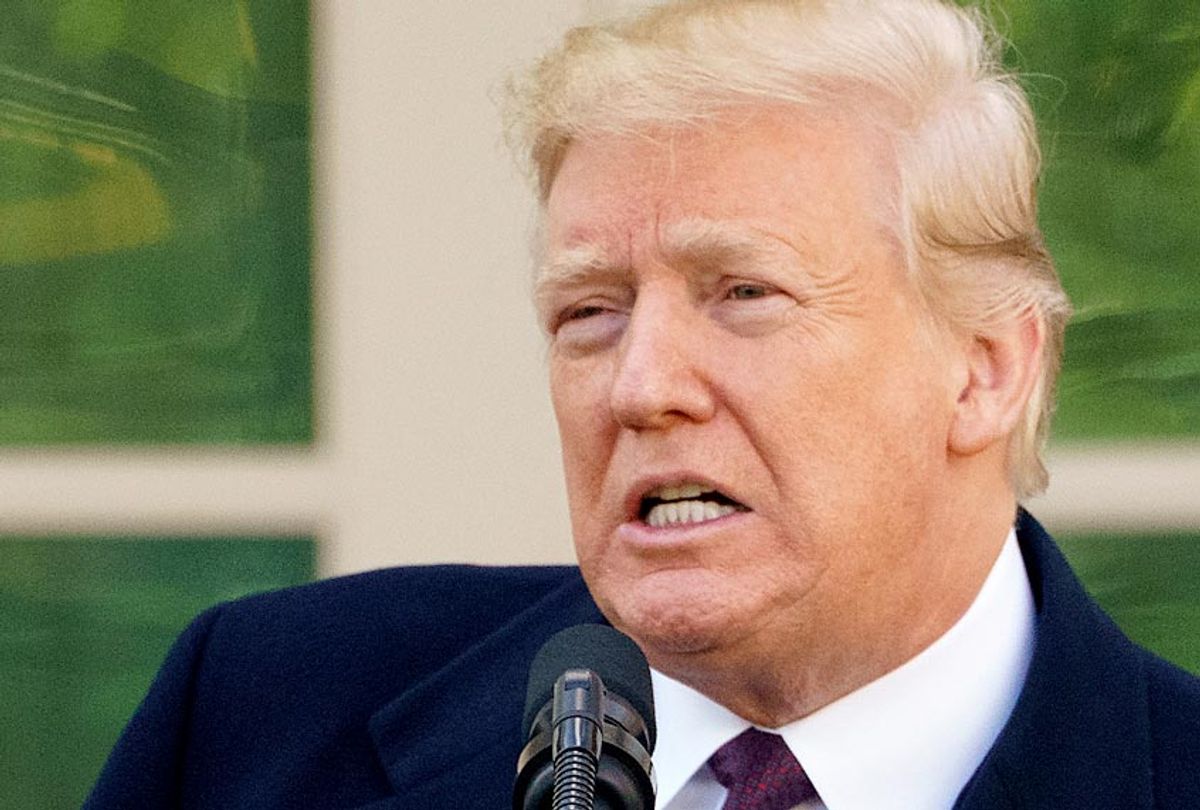 We’ve been dealing with Trump’s lies all wrong. We’ve been totaling them up — 6,420 over 649 days, according to the Washington Post! We’ve been parsing and categorizing them — Trump’s statements are regularly found “false,” or “misleading,” or it “needs context,” or it “lacks evidence,” or it’s “exaggerated,” or a claim “contradicts earlier statements.” We’ve been comparing his firehose of lies to the scant misstatements by past presidents — remember how Republicans reacted when during the fight over healthcare, Obama said “you can keep your doctor”? We caught him in a lie! Yipee!

We’ve been fretting about what to call them — The New York Times famously made news with the first time they used the word “lie” in September, 2016 to describe Trump’s “birther” claims about President Obama, and since then has been sparing in the use of the word. The rest of the media has followed the Times’ example.

Whole treatises have been written about why Trump lies, profiling him psychologically, looking back at his habit of lying as a businessman when he called reporters and pretended to be a PR man representing himself. Speculation abounds: he does it because he can; it’s all part of a grand strategy; he’s clever; he’s foolish; he can’t tell the difference between truth and lies; he quite literally can’t help himself.

But what we haven’t done is look at what Donald Trump’s lies have done to him. They’re backfiring, and he’s showing signs that he knows they’re beginning to hurt him.

But keeping the base energized has a big downside. He has thrown everything he could think of at the wall, and the problem is, it stuck, and now he’s stuck. He can’t fire Mueller because he has made such a big deal about Mueller’s investigation being a “witch hunt” that if he fired him now, it would be an admission of guilt. Trump’s near constant barrage of attacks on Robert Mueller have only served to make him look like he’s got something to hide. He succeeded in backing himself into a corner he can’t get out of, and he did it the same way he does everything else: with lies and an outsized ego.

Trump has the same problem with his appointment of Matthew Whitaker as attorney general. He spent so much time yelling about Jeff Sessions recusing himself from the Russia investigation that firing Sessions isn’t just suspect, it’s yet another admission of guilt. Trump has hobbled Whitaker fatally when it comes to handling Mueller. Anything he touches will be suspect. All because Trump has lied and lied about Russia, and lied and lied about Mueller.

Whitaker is sitting over there at the Department of Justice in his big office, and he’s surrounded by people who worked with and for Mueller when he was director of the FBI. He was FBI director from September 2001 to September 2013. That’s 12 years. You make a lot of friends in 12 years. You engender a lot of loyalty. All of those years of service to the country as director of the FBI aren’t going to evaporate because some hack who used to own nursing homes and sat on the board of a scam company in the patent business moved his office two doors down.

Trump has painted himself into the same corner with his continual lying about his willingness to be interviewed by Mueller and his investigators. In a scene from Bob Woodward’s “Fear”  John Dowd, Trump’s lawyer, put the president through a mock interview on January 27 of this year. Trump lashed out after only a few minutes being peppered with the type of questions Special Counsel Robert Mueller would ask, calling the whole investigation “a goddamn hoax.” Trump then told Dowd he didn’t want to testify. By March, Trump had changed his mind and told Dowd he would be “a real good witness” in an interview with Mueller. “I’m afraid I just can’t help you,” Dowd replied to Trump, according to Woodward. He resigned the next day.

Now comes news that Trump spent three days last week in “intense” meetings with his lawyers as they crafted responses to written questions from Mueller’s investigators. Trump told reporters at the White House last Friday that he was crafting the responses to Mueller’s questions himself. “My lawyers are not working on that. I write answers. My lawyers don’t write answers. I answered the questions very easily. Very easily,” Trump said in answer to a shouted question after a bill signing. Then on Sunday, he told Fox News host Chris Wallace that he “probably” won’t answer questions from Mueller in person.

Yes he will. No he won’t. Yes he will, probably. No he won’t, maybe. The man who said repeatedly he wasn’t afraid to answer Mueller’s questions turns out to be a man with a lot to hide.

The trap Trump has put himself in with Mueller mirrors the trap he found himself in right after he was elected. If as many believe Trump made a deal with the Russians to lift sanctions in return for their help in his election campaign in 2016, that deal died with his election. As the number of contacts between the Trump campaign and prominent Russians like Ambassador Sergey Kislyak became known, the chances of Trump making good on lifting the sanctions approached and then became zero. When it was learned that Trump campaign adviser Michael Flynn promised Kislyak that Trump would lift sanctions as soon as he took office, the deal was off. The minute Trump killed the sanctions, he would confirm his guilt in accepting help from the Russians in his election. It was another trap of his own making.

And now Trump finds himself trapped not only by his own lies, but by those of Vladimir Putin and Mohammed bin Salman. Trump is stuck with Putin’s denials that he ordered the poisoning of two Russian dissidents in Great Britain last March just as he’s stuck with his denials that Russia interfered in our elections in 2016. And he’s stuck with Mohammed bin Salman’s denials about the killing of Washington Post contributor Jamal Khashoggi. First the Saudis said he was still alive, then they said he died in an accident, then they claimed he was killed by “rogue agents,” and now they’re left with denying that the murder was ordered by Crown Prince Mohammed bin Salman.

Trump has been with them all the way. He never accepted his own intelligence agencies’ assessment that the Russians interfered with our elections, and now he won’t accept the CIA’s report that bin Salman ordered Khashoggi’s death.

Why? Putin and bin Salman both probably have something on Trump, but that’s not it. He is trapped by the lies of others just as much as he is by his own lies because to admit anything at this point is deadly. Donald Trump has good reason to be terrified. The sky really is falling.