Thanksgiving was created to bolster Union spirits during the Civil War. Let's keep that tradition alive 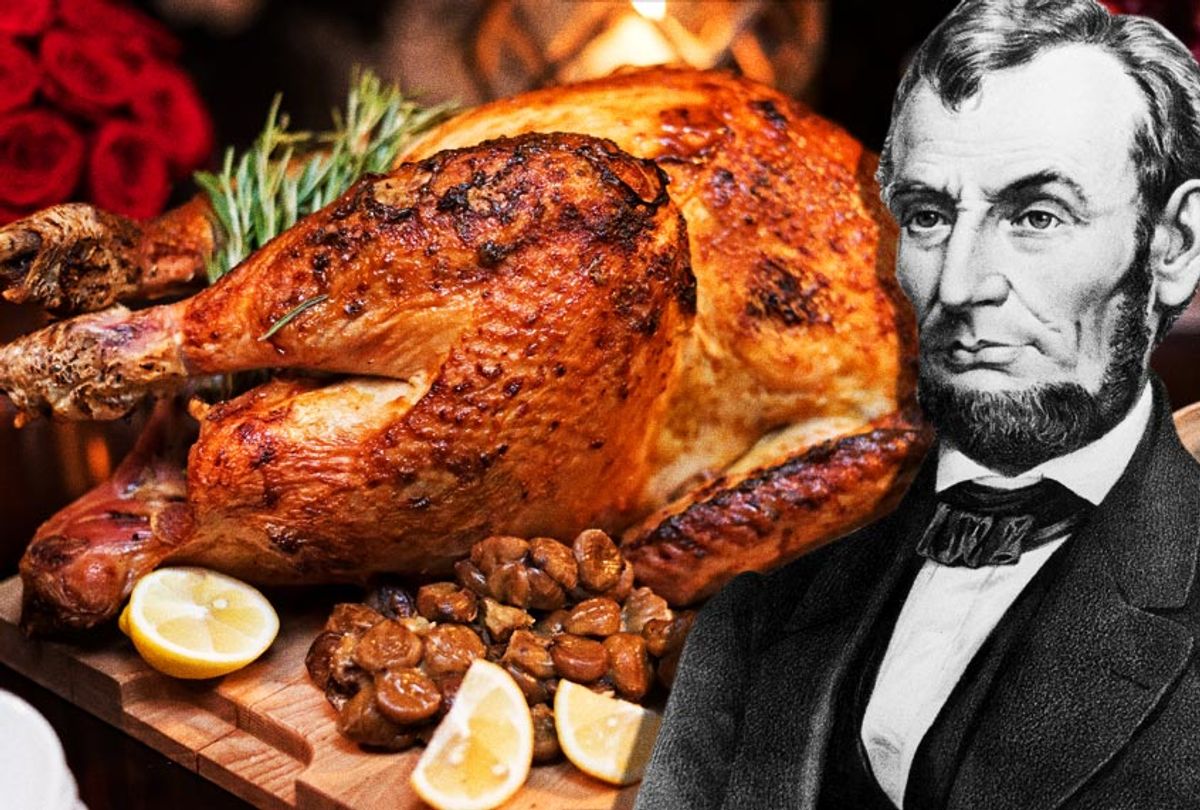 When most Americans think of the history of Thanksgiving, they imagine some pilgrims wearing buckled hats and dinner with members of the Wampanoag tribe at a long wooden table in Plymouth, Massachusetts. As is usual with most American history, however, the real story is more complex than that. In truth, the idea of a national holiday of Thanksgiving was viewed with suspicion by a number of Americans for a long time, particularly Southerners who saw the holiday as being a New England tradition.

That's probably why Thanksgiving wasn't made a national holiday until the South had no say in the matter. President Abraham Lincoln declared it so in 1863, at the behest of magazine editor Sarah Josepha Hale, who urged Lincoln to have the day "made a National and fixed Union Festival."

Lincoln issued a proclamation that gave thanks to the "Most High God" that the states that had not rebelled were continuing to enjoy economic prosperity and safety, despite the war. But the proclamation was also quite political in asking for God to bless the Union's cause, stating that Americans "fervently implore the interposition of the Almighty Hand to heal the wounds of the nation and to restore it as soon as may be consistent with the Divine purposes to the full enjoyment of peace, harmony, tranquillity and Union."

It's this history, and not the largely mythical one about the pilgrims sharing a turkey feast with Native Americans, that is worth reflecting on this year. Obviously, the U.S. is not actually engaged in a civil war, but nonetheless, there are a lot of parallels between the current ugly political divisions and those of that time. It's no longer the North vs. the South — at least quite so much — but still, the parallels between the conflict then and the conflict now are quite striking.

To be blunt, Donald Trump's supporters, like the Confederates who tried to secede in the 1860s, are trying to prop up a system of white supremacy with a combination of misplaced nostalgia and ostentatious displays of hyper-masculinity. Defending the institution of slavery was very much about romanticizing plantation life and the "chivalrous" culture of the South generally. And the North, with its abolitionist sentiment, was smeared as a society of pointy-headed urbanites who didn't understand the glories of Southern culture.

These same arguments are heard today by Trump and by his supporters, defending a bluntly racist right-wing movement focused on kicking out immigrants of color and other displays of white supremacy, such as Trump's relentless obsession with attacking football players who protest police violence. This gross and racist behavior is dressed up in nostalgic language, including Trump's "Make America Great Again" slogan. Conservative writers — and some gullible journalists — paint Trump voters as sad victims of social change, and reframe the racism as if it were just a longing to preserve their way of life, which just so happens to be an explicitly white way of life.

Conservative white women also play the same role then as now: Their commitment to white supremacy and dependence on white men leads them to prop up a system that oppresses them. And opponents of white supremacy, like the Northerners who supported abolition then, continue to be written off as too cosmopolitan — or too "globalist" — to understand the supposedly earnest good natures of people who consume racist propaganda at an alarming rate, and who support a man whose only apparent value is that he'll be more loud-mouthed about bigoted views than his fellow Republicans.

There's no doubt that the modern Trump movement, despite his New York roots, is drenched in the Lost Cause narrative that cropped up after the Civil War, when Confederates and their sympathizers tried to rewrite history to paint people who went to war to defend slavery as noble, just and well-meaning. That's why Trumpers, and Trump himself, are so eager to defend the Confederate flag and statues of Confederate generals, painting such relics as innocent markers of heritage, instead of as symbols of veneration for white supremacy.

We should understand, as Lincoln did, that we can no longer hope that this rift in our national fabric can be healed by compromise. Obviously, we all hope it doesn't come to war; there's no reason to think that it should. But what Trump and his supporters want is a return to an America that had strict racial and gendered hierarchies from which there was no escape, and no compromise is possible with that vision. Sometimes, as then and as now, the only way to move forward is for one side in a conflict to thoroughly defeat the other. This is one of those times, though we are fortune in a way our predecessors are not, in that our best hope is through the ballot box and the public square.

So, for this Thanksgiving — and ideally every Thanksgiving we muddle through while Trump dishonors the office that Lincoln died while holding — I hope progressives use this holiday not simply to give thanks for the continued peace and prosperity whose stability we fear is in doubt.

Thanksgiving should be celebrated in the spirit that Lincoln intended when he issued his original proclamation -- as a time to wish, hope and (if that's your thing) pray for the defeat of our political enemies, whose toxic racism is tearing this country apart.