Thanksgiving with the troops at Mar-a-Lago

Trump spent the day with his well-heeled troops in Palm Beach. Does that count? 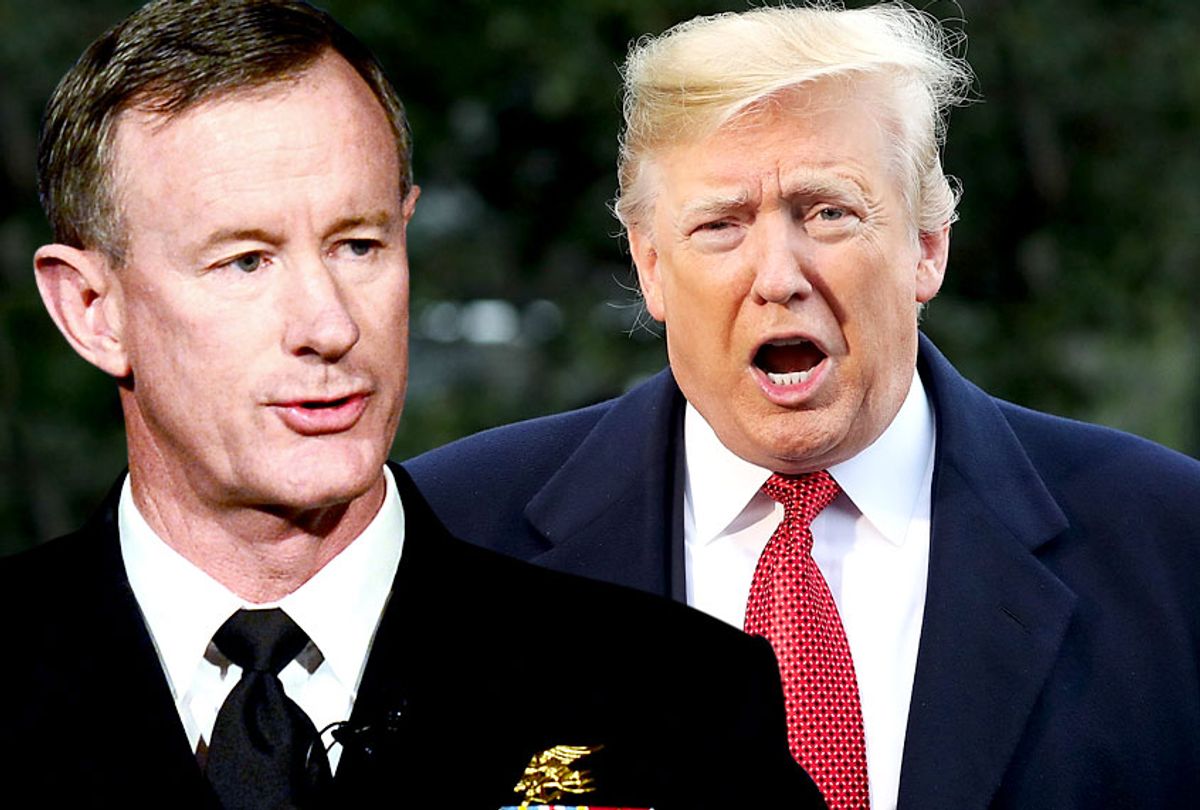 On the day before Thanksgiving this week, a flock of wild turkeys was scratching around outside the window under the evergreens between the house and Accabonac Harbor, sparkling in the pale sunlight of late November. They’re safe from the threat of getting blown away by a 12-gauge shotgun out here on the east end of Long Island, a protected species for the time being. They’re everywhere — pecking their way through the tall grass alongside the farm stand where Stephen Hands Path meets the East Hampton Turnpike, crossing Springs Fireplace Road, a big, fat tom bringing up the rear of a flock of 15 or so, his long beard swinging from side to side as he strutted.

Magnificent birds. A flock of them used to come out of the woods on the hill behind my house in Tennessee and seduce my peacocks into joining them in the wild. I had a half dozen or so peacocks over the years, and they were important to me, because they served as guards for the two hundred chickens we raised for their eggs, which we sold in a local market in Nashville called the Turnip Truck. Every time a hawk or a fox or coyote would show up, the peacocks would honk like crazy, and the chickens would disperse to safety under the chicken house or into the woods. One time, I saw four of the peacocks confront a marauding coyote, displaying their huge tails and honking and strutting toward him menacingly. The coyote ran off when I showed up with my shotgun, but the peacocks had him well in hand, and all the chickens survived.

The turkeys seduced away all our peacocks eventually, every last one of them. They joined the flocks of wild turkeys and disappeared into the woods.  Occasionally, I’d get a call from one of the neighbors who spotted the peacocks amidst a flock of turkeys, pecking away somewhere on their land. I’d jump in the car and drive over and try to catch them, but it was ridiculous, a lost cause. They were obviously happier with the wild turkeys than they were guarding my chickens, so I gave up and let them go.

I had Thanksgiving dinner in some interesting places. I was in Tel Aviv and Jerusalem for two of them, back in the ‘70s. One year, I ate Thanksgiving dinner in a cave-like restaurant with vaulted stone ceilings in the Old City. I had cabbage stuffed with rice and lamb and spices, and it was magnificent. Another year, I was down in the Caribbean on the island of Nevis, and one of the local families invited me and my girlfriend over, and they served grilled dolphin fish and yams and a salad made from wild greens gathered on the side of the volcanic mountain that formed the entire center of the tiny island.

And one year, 2003, I was in Mosul, Iraq, with the 101st Airborne Division. Thanksgiving arrived the day after the battalion had a memorial service for two soldiers who had been killed a few days before. One of them was the battalion sergeant major, and the other was a young specialist 4th class who served as his driver. They were ambushed by insurgents as they drove through Mosul, headed for the brigade base camp over near the Tigris River. They were shot by insurgents firing automatic weapons and left to bleed out in their Humvee, where they were found after they failed to respond to radio calls from battalion headquarters.

The company I was with spent Thanksgiving morning gathering the dead specialist’s gear and getting it ready to send back to his parents in the United States. He didn’t have much: his battle dress uniforms, his boots, a Gameboy handheld video game player, some family photos . . . that was about it.

Secretary of Defense Rumsfeld was busy denying there was an insurgency in Iraq in November of 2003. Meanwhile, the 101st was detecting and disarming as many as 40 improvised explosive devices every day, and about a week previously, 17 soldiers were killed and five were seriously injured when two Blackhawk helicopters came under fire from insurgents and crashed. I can’t recall the exact number, but I think about 90 soldiers from the 101st had been killed by Thanksgiving that year.

Nobody was safe. The division was dispersed around northern Iraq in about 200 base camps, down to company and platoon size. It was necessary to travel every day to pick up ammunition, food, and other supplies, and all the travel back then was done in un-armored Humvees with canvas tops and sides. Many of the division’s vehicles didn’t even have canvas doors. They were just open to the elements, and some of the “elements” they were exposed to were IEDs and sniper fire from insurgents who concealed themselves in buildings around Mosul, Tal Afar, Hammam al Ali, Rabiyah, and other towns the division occupied.

All of Iraq was like that, from the border with Kuwait in the south all the way to the border with Turkey in the north. IEDs and snipers and ambushes were possible anywhere you went. Soldiers were being killed every day.

President George W. Bush flew into Iraq on Thanksgiving day in 2003. He was filmed by TV news handing out platters of fresh roasted turkeys to soldiers at a huge mess facility somewhere in Baghdad. It was a stunt, of course. There was Bush, the man who had created the nightmare in Iraq nine months previously when he ordered the invasion, based as everyone knew by then on false reports that somehow Saddam Hussein had so-called “weapons of mass destruction.” None had been found by the time Bush flew into Iraq on Thanksgiving, and every soldier over there knew it.

The company I was with in Mosul traveled in convoys of Humvees to the division base camp on the edge of Mosul to have Thanksgiving dinner at a huge dining facility that had been erected there. We convoyed over in shifts, along with other companies from their individual base camps around Mosul. The dining facility had been decorated for the occasion, with tablecloths and American flags on each table, and everyone went through the mess line and got a tray full of turkey and stuffing and mashed potatoes. We were all sitting there eating when several flat screen TVs mounted on the sides of the mess facility started showing CNN coverage of Bush serving turkey to the troops down in Baghdad.

Everyone stood and cheered. He was the president who had ordered them into this dangerous place, where their friends were being killed nearly every day, and he was wearing one of those ridiculous pretend satin flight jackets with “ARMY” and a division patch on the front, and he was safe in the middle of another base camp somewhere in Baghdad, but by god, he had flown into Iraq on an Air Force C-130 that had had to do a “corkscrew” landing in Baghdad because aircraft there frequently came under insurgent fire as they approached the airport. He was not spending Thanksgiving Day at the White House, or Camp David, or at his ranch in Texas, or up in Kennebunkport, Maine with his family. No, he was spending Thanksgiving with a whole bunch of soldiers in Iraq. He was the commander in chief, and even though everyone in that mess facility in Mosul knew his appearance in Baghdad was a stunt, he was acting like the goddamned commander in chief.

Bush would make two more trips to Iraq during his presidency, and two trips to Afghanistan, including one in December of 2008, after Obama had been elected.

President Obama flew to Iraq to visit the troops in April of 2009, less than two months after he took office, and he made three trips to Afghanistan before he left office last year.

There were no reports of Air Force One having to execute a “corkscrew” landing in Florida when Donald Trump flew down to spend Thanksgiving with his troops at Mar-a-Lago this week. He was, however, exposed to hostile fire on CNN, MSNBC, and Twitter. Does that count?