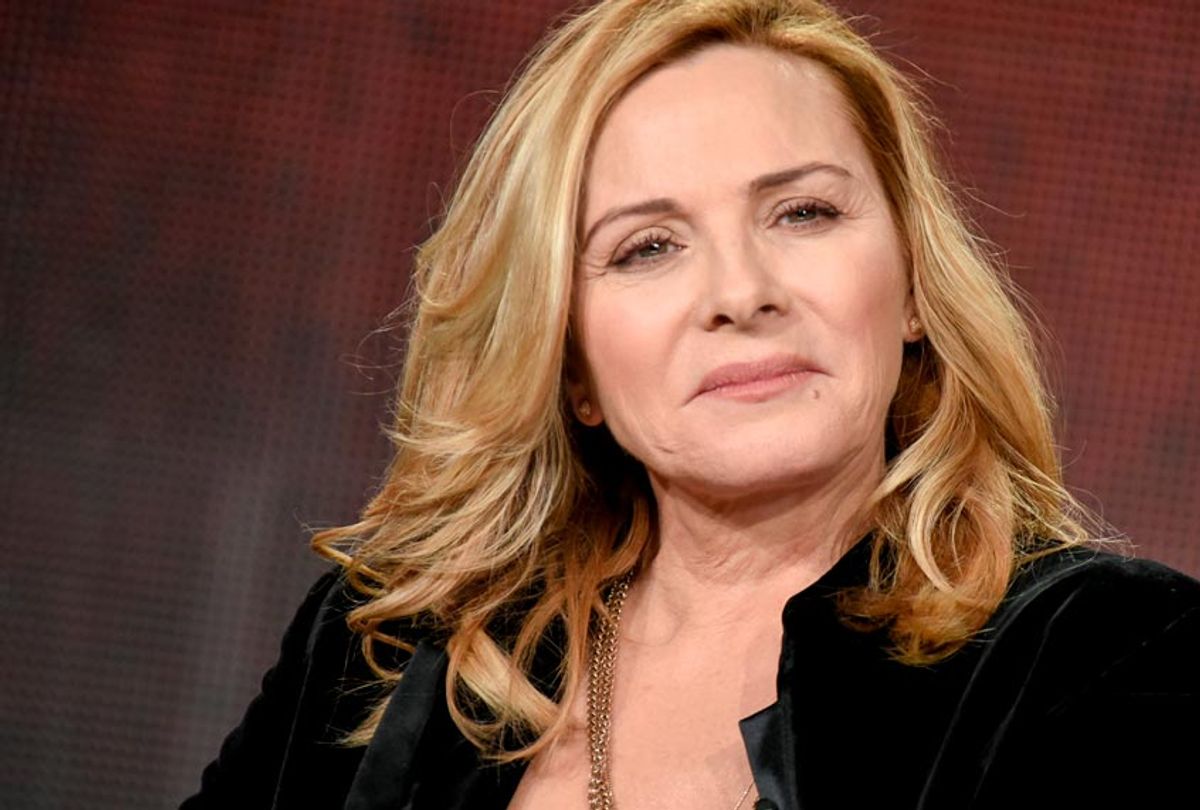 “Sex and the City” executive producer Michael Patrick King recently appeared on the “Origins” podcast and spoke candidly about the drama between Kim Cattralland her co-stars. King, who also wrote and directed several episodes and the feature films, says tension between the cast became obvious early on in the show’s run. “Sex and the City” was designed and marketed from the beginning around Sarah Jessica Parker, who was the biggest name of the four central cast members after making a career as a movie star.

“The show doesn’t exist if Sarah Jessica wasn’t the blonde star of the show, that’s number one,” King told “Origins” host James Andrew Miller. “Kim was not at the height of her career, Kristin was under her in terms of notability, Cynthia was a theater actress and their contracts reflected that status.”

King said the initial parity between Parker and Cattrall is what drove a wedge between the actresses, one that was driven by Cattrall. “As the show progressed, the characters, everybody grew, it became a family,” King said. “Kristin, Cynthia, and Sarah Jessica became one group, and Kim never joined mentally. Kristin and Cynthia went in the light, they became those two ladies, they understood it was Sarah Jessica’s name — look at the posters.”

Cattrall never got comfortable playing support to Parker, King explained. As “Sex and the City” became a flagship series for HBO, Cattrall allegedly took issue with the fact Parker remained the selling point of the series’ marketing despite the character of Samantha’s growing popularity.

“[Parker’s] name was contractually, legally, righteously, the only name on the poster due to the fact that she was a movie star in 1998 when the series started and she did a leap to do a show about sex on [HBO], the channel that did the fights and it doesn’t matter how popular you are,” King continued. “I guess for Kim it didn’t matter how much the raise became if there was never parity, but there was never going to be parity.”

King maintained the making of “Sex and the City” was a joy for nearly everyone involved, which is why he still doesn’t understand Cattrall’s “revisionist history” of how the show’s cast and producers treated her.

“People do things, they make stuff up based on what they want to tell themselves,” King said. “All I know is that show was spectacular for everyone involved, it was a spectacular success. and you have to work very hard to make that ‘Sex and the City’ story be something that was not good for you, and for some reason, Kim thinks something happened to her on that show that was not good for her.”

Read more IndieWire: Sarah Jessica Parker on the ‘Divorce’ Season 2 Makeover and the Big Thing That Didn’t Need to Change