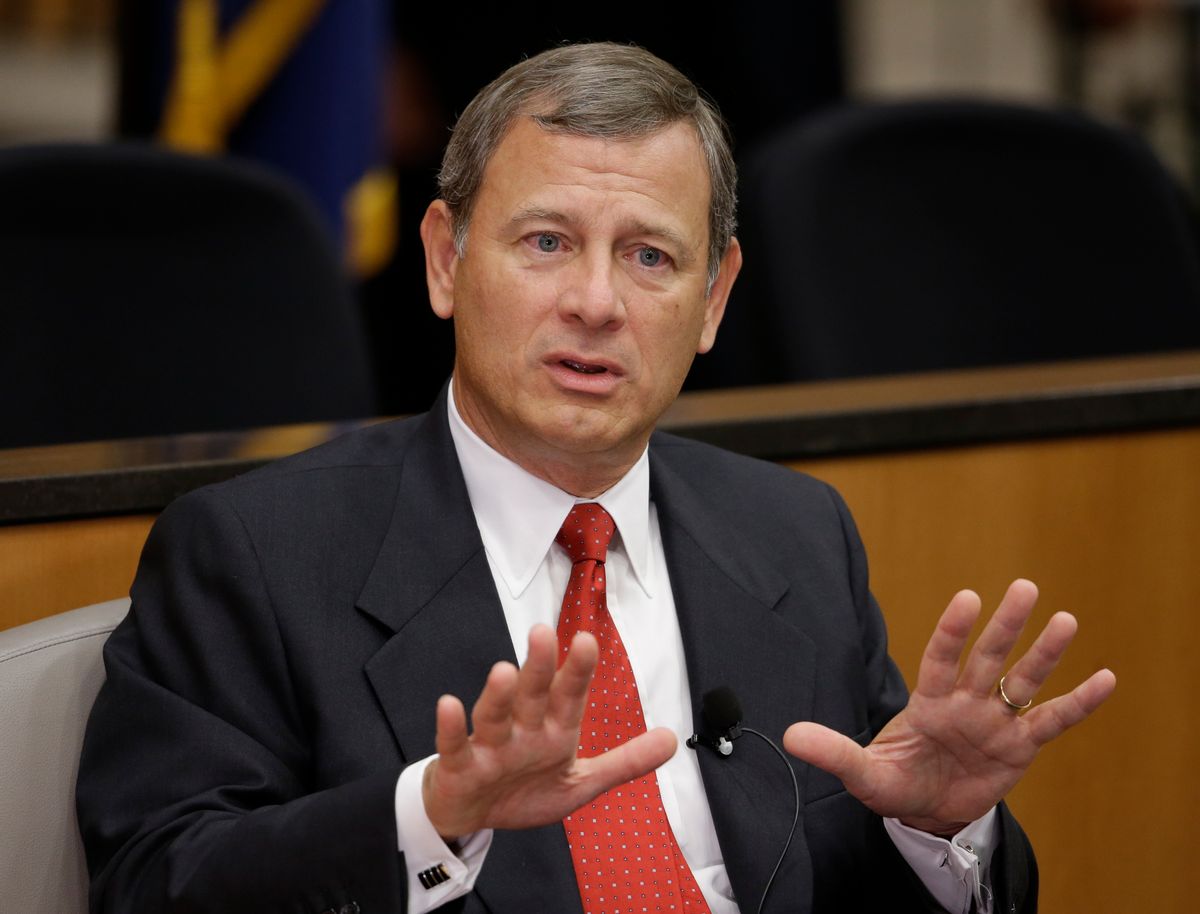 The chief justice of the United States delivered a pointed rebuke to President Donald Trump's view of the judiciary on Wednesday in his first swipe at the commander-in-chief's opinion of the judicial branch, according to the Associated Press.

His comments were made to the AP after Trump attacked a ruling against his unlawful asylum policy as an "Obama judge." Trump has previously attacked judges who issue rulings he disagrees with insults like "so-called judge." He also pointedly criticized Chief Justice John Roberts himself during the campaign for issuing a Supreme Court ruling that preserved much of Obamacare, and he said a judge with Mexican heritage was inherently unfit to adjudicate a lawsuit against him because of the judge's ancestry.

There are no "Obama judges or Trump judges, Bush judges or Clinton judges," Roberts said in response to a question from AP. He added that the "independent judiciary is something we should all be thankful for."

Trump has made it clear since his first week in office that he is not happy that he has to contend with an independent judicial branch as president.

Supreme Court justices typically try to stay out of the political fray, but the chief justices may have felt a need to step in to forestall the president's effort to delegitimize rulings that come down against him.