The growing cycle of violence in Tripura, India, is a lesson to us all 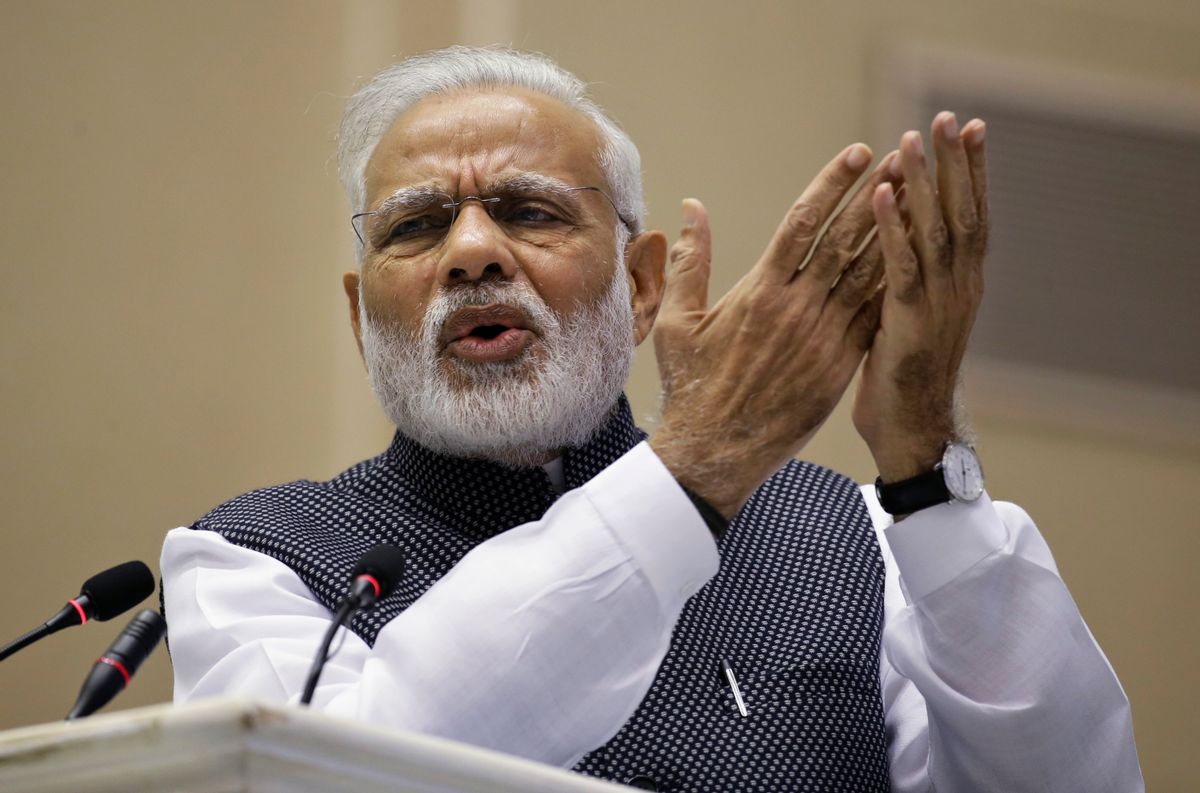 These stories are hard to write about. There are too many of them, and there is too much to say about them.

Tripura is a state in the northeast of India. It is a small state, with a population of 3 million (that’s 0.3 percent of India’s population). Ruled by a ruthless royal family in the past, the state became part of India in 1949 thanks in large part to a communist rebellion that continues to define the state’s culture. The Left Front — a communist alliance — governed the state from 1978 to 1988 and then again from 1993 to 2018. This year, thanks to an aggressive push from India’s prime minister Narendra Modi, the right-wing Bharatiya Janata Party (BJP) and its local allies defeated the Left Front.

Then, the tremor began. A few days after the election, men from the BJP came to the home of Atafur Miah, the vice president of the local government in Bhagyapur, Dharmanagar. They had a simple message: quit the Communist Party of India (Marxist), the CPI(M), and join the BJP. Atafur Miah replied, “I don’t get money from the CPI(M) nor do I get business from them. What I do for the CPI(M) is from my heart and not by pocket.” His family has a stone-cutting business. They loved him and supported his political work.

The BJP men came to his family home, burnt his uncle’s threshing machine and then attacked a relative, Farooq Miah. The police, meanwhile, stood by and watched. Family members stood up to them and forced them to flee. They were not going to take the violence lying down. This is a brave and proud family. No wonder then that Nuarulnisa — Atafur Miah’s wife — went to the police station to lodge a complaint. The police brushed her aside and went and arrested her husband, Atafur Miah, on the grounds that he had hit a BJP man. The police eventually released him. The arrest was meant to intimidate him.

But this man continued his activism. He went out to meet other left-wing activists who had been beaten and he visited families of those communists who had been killed. On August 31, Atafur was attacked by men linked to a local BJP politician. He was beaten unconscious and taken to the hospital. Atafur’s sister Husna Bano went to register a case in the police station against the men who beat her brother. She was turned away. Two CPI(M) leaders who came to see Atafur in the hospital were themselves beaten by the BJP men.

Nothing in this story is unusual. Hundreds of men and women affiliated with the communist movement in Tripura have been beaten, several killed — people such as:

Their killers are ruthless men. Senjit Deb Barma’s daughter is 12. When the men came to threaten him, they showed his daughter a kitchen knife and said, “We are going to kill your father with this knife.”

The BJP men burned rubber trees and homes of the communist activists—trying to destroy the livelihood of these militants. They have killed a few people and beaten many. But their purpose is not necessarily to kill all the left activists. It might draw attention. They want to leave behind them an odor of fear. They want to terrify Tripura’s society into submission. No one must lift their heads in defiance, no one apart from them must be permitted to define the terms of Tripura’s society.

Nehera Begum, the secretary of the Asha (social health) Workers Union, was beaten by the BJP men on March 7. As they hit her with sticks and pulled her hair, the men said, “Stop working for the CPI(M). You are poisoning the minds of the women against us.” The men no longer could control the women. Nehera Begum, this communist militant, had given the women confidence to stand up for themselves. The men’s violence did not break Nehera Begum’s own confidence.

“I knew that the women of the area were with me,” she recalled. They “would rescue me,” she said. Indeed, these very women grabbed their brooms and sticks and chased the men away.

Nehera went to the police and filed a case against the men. They then abducted her son and said that they would not release him until she withdrew the case. She felt helpless, but her son escaped and came home. Nehera Begum has not allowed the violence and the fear to stop her work for the union or the party. She was not involved in politics when she met Panchali Bhattacharya, the communist militant who had set up a health camp near her house. It was through Bhattacharya that Nehera Begum heard of the party. “It is because of my work in the party that I, a single woman, am now a respected person in my locality. I can never forget that.”

Panchali Bhattacharya is married to the former chief minister of Tripura, Manik Sarkar. This week, Manik Sarkar went to Bishalgarh to attend an event to commemorate the Russian revolution. A group of BJP men came to the hall and asked people not to attend. They were agitated, undaunted by the presence of the police. After the event, when Manik Sarkar’s convoy left the area, their cars were attacked by the BJP men. The police finally intervened to rescue Manik Sarkar and other senior party leaders.

Last Saturday, the left held a large rally in Tripura’s capital — Agartala — demanding an end to these attacks on the left activists. Thousands of CPI(M) activists are said to have fled their homes, and hundreds have been beaten. The point is to eradicate the politics of the left. There is outrage here among the monied class — outrage that the poor had found the confidence to be political and that the poor had taken control over state institutions. The violence against the communist militants is not merely political violence of an ordinary sort. This is violence to eradicate that confidence, to put the poor — as the rich say — in their place. This is what is meant by the term “politicide” — the death of a politics of the poor.

Nothing here is unusual. In fact, politicide against the left has become a general condition in our time. In Colombia, 200 left-wing political activists have been killed this year, people such as Ana María Cortés, Felicinda Santamaría, Holmes Niscué, Luis Barrios and more.

In an alternative world, Holmes Niscué, a left-wing Colombian indigenous leader, would meet Ajendra Reang, a CPI(M) activist of the Tribal Youth Federation, at a meeting on indigenous rights. They would talk through a translator and find a common agenda, a way to tackle the marginalization of indigenous populations and the theft of resources from land controlled by indigenous communities. In that alternative world, Ana María Cortés and Rakesh Dhar would exchange notes on the economic collapse of their towns and talk honestly about the difficulty of organizing resistance. These were all decent people who wanted to make the world a better place. Now they are dead.