Oregon officials call for changes of laws on criminally insane

By Jayme Fraser - The Malheur Enterprise 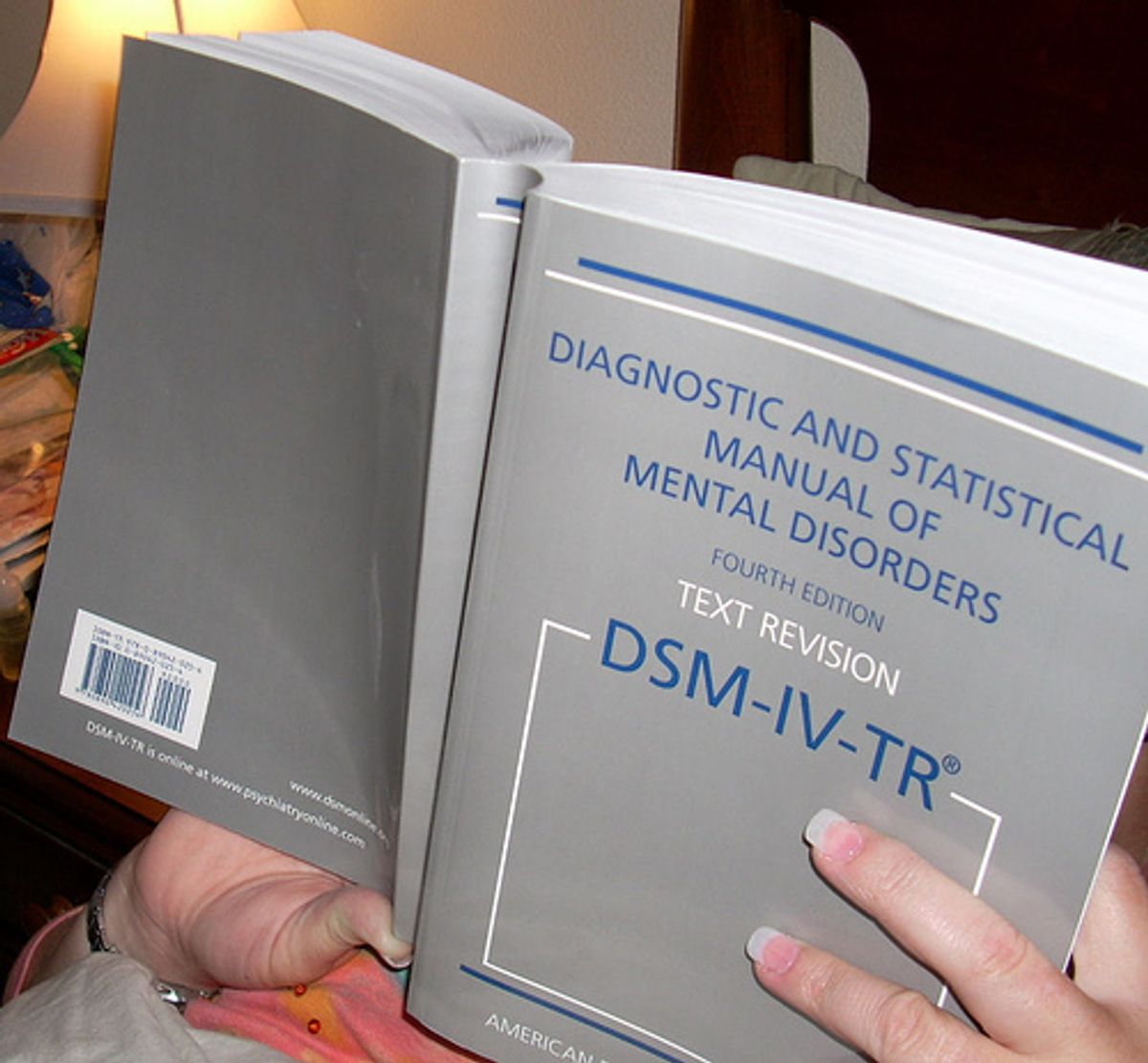 Oregon’s attorney general said the number of people deemed criminally insane who commit new crimes after their release is “definitely too high” and must be addressed by the state.

She was “surprised” by the frequency of crimes, often violent, documented by the Malheur Enterprise and ProPublica. Slightly more than a third of the people released by the state’s Psychiatric Security Review Board were charged again within three years, showed the analysis of public records.

“Given the nature of the crimes committed after release, these numbers are definitely too high,” Attorney General Ellen Rosenblum said in a written statement. “It makes me want to take a deeper dive into the topic.”

Other state and local officials echoed her comments, saying it was unacceptable that so many people found “guilty except for insanity” in felony cases and sent to treatment instead of prison go on to commit new crimes after being freed, which is known as recidivism.

State Senate President Peter Courtney, a Salem Democrat who has long been a champion of mental health reforms, agreed that legislators should take immediate steps to understand the problem and to find solutions.

“I’m going to have to drop another piece of legislation in the 2019 session,” he said, noting that that Senate Judiciary Committee chairman, Floyd Prozanski, had stopped by his office Monday morning to discuss the analysis.

“This is very disturbing to me,” Courtney said of both the numbers and the fact that the review board did not sound an alarm.

“It’s pretty clear we need greater legislative leadership that has more of an emphasis on public safety,” he said.

Under Oregon law, those found guilty except for insanity are put under the jurisdiction of the Psychiatric Security Review Board. The board has said publicly that its clients have a recidivism rate of less than 1 percent. But that percentage covers only those who are still under the supervision of state officials. The Enterprise and ProPublica examined what happened after those people are freed from state custody, and found that about 35 percent were arrested on new charges within three years.

Internal emails released in response to a public records request show that board officials were aware of the discrepancy. An initial study last year reached similar conclusions, finding that as many as half of the clients released by the board in any given year were arrested again. The agency did not share those findings with other state officials or the public. Executive Director Alison Bort said to do so would have been “irresponsible” because they had not been subjected to rigorous statistical review. Bort described the figures as preliminary and said it would have been unethical to share them with the public.

“The fact they knew and didn’t tell anybody is concerning,” he said.

Barker, a former police officer, faulted legislators and other elected leaders for not pressing the board to document recidivism as is required of prisons, jails, and parole and probation programs. Recidivism is routinely used by government officials and academic researchers to judge the effectiveness of criminal justice programs.

“The board should keep track of that,” Barker said. “If the system’s not working, we need to take a look at it and see if we can improve it.”

His counterpart in the Senate agreed.

“Based on the numbers that we see, there’s a lot of questions that need to be answered,” said Prozanski, a Eugene Democrat.

Other top state officials, including Gov. Kate Brown, didn’t respond to requests for comment about the findings.

Courtney and prosecutors said the state should consider giving the board authority to supervise the criminally insane for a longer period. Alternatively, prosecutors, legislators and advocates said, officials could improve the community care available to them once they’re freed.

State judges place people deemed criminally insane into the hands of the Psychiatric Security Review Board for a set time that can’t exceed the maximum sentence they would have served in prison for a conviction.

The Enterprise-ProPublica analysis found that in the last decade about half of the 334 people found insane in a felony case remained under the board’s jurisdiction for the maximum time set by judges.

Current state law requires the board to free people who no longer have a qualifying mental disorder or who are no longer considered dangerous because of a disorder. Only a quarter of those freed in the last decade were because doctors thought, and the board agreed, that they could manage their mental illness without becoming a danger to the public.

Courtney said he did not realize that Oregon capped the length of board supervision, thinking people were only freed at the panel’s discretion. He also did not know that Oregon is one of only five states with such a limit, often supported by advocates as protecting the civil rights of people with mental illness.

“That’s a law I want to look at,” Courtney said.

Shirtcliff, the prosecutor, said the state should consider applying “truth in sentencing” principles to insanity verdicts. State district attorneys support efforts to have people serve their full sentences rather than being freed from prison early. Similarly, he said people deemed criminally insane should remain under supervision for what would have been the full term of their sentence.

“If it’s 20 years under the [Psychiatric Security Review Board], it ought to be 20 years,” he said.

He questioned Oregon’s delegation of supervision and release authority to a board. Oregon is one of only three states where someone besides a judge decides on treatment, supervision and freedom. Owen feared that the Psychiatric Security Review Board and its partners in the state mental health system might not focus enough on public safety.

Multnomah County Deputy District Attorney Melissa Marrero agreed that the issue “needs to be addressed,” but she didn’t think “the numbers capture the whole picture.”

“Each of these cases is so unique,” she said. “But at the same time, there’s a lot of common threads among them. Having more information about what’s going on will allow us to continue these discussions and have meaningful conversations about what, if anything, we can do to try to improve our policies.”

She said Multnomah County has decided not to accept insanity pleas as part of deals. Instead, prosecutors are required to bring the case to trial before a judge or jury so that a court has a chance to weigh the evidence.

Some advocates for the mentally ill feared the findings of the Enterprise-ProPublica investigation could reinforce the widely held, incorrect view that mentally ill people are more prone to violence than others. (The analysis by ProPublica and the Enterprise found the felony recidivism rates of people freed from prison was the same as people freed from board supervision.)

Janie Gullickson, the executive director of the Mental Health Association of Oregon, said more study was needed to understand why people committed new crimes and how state services — not just mental health care — could have helped people safely move back into the community after leaving the board’s supervision.

“Recovery is not only possible but probable given the right support,” she said, noting she had once used drugs and had difficulty managing symptoms of her own mental illness. “I know someone who has transitioned out the Psychiatric Security Review Board, and she’s doing pretty amazing. I think she has a couple jobs. She’s out there living life and doing it. That’s who I keep picturing.”

Bob Joondeph, executive director of Disability Rights Oregon, questioned the Enterprise-ProPublica study, but he wouldn’t identify what he considered its flaws.

“I would like to see some objective entity take a look at recidivism rates,” Joondeph said. “I’m not accepting that the rate is that high.”

Joondeph urged leaders to “look at the criminal justice system as a whole” and increase funding for community mental health programs, housing and other services that are critical for people with mental disorders.

Gullickson said one challenge people freed by the board might face is finding a program that can treat mental illness and substance use at the same time.

“Beds are always full,” she said.

Increasing the criminalization of mental illness won’t address the underlying problems such as mental health, social isolation, drug use or homelessness, she said.

Courtney, whose 2019 agenda includes strengthening community re-entry programs for people leaving prison, said the same principles might work to help people leaving board supervision. He agreed with Gullickson that Oregon does not have enough medium-security facilities and supervised group homes for the people who need them.

Owen, the prosecutor, said better funding is necessary to ensure any reforms can take hold.

“It’s a complicated issue, but it’s unfortunate because it impacts public safety and it impacts victims,” he said.

Marrero said legislators are unlikely to find a simple solution because of one “constant tension” at the intersection of mental health and the law.

“How do we balance their civil rights with public safety?” she said.

This article was produced in partnership with the Malheur Enterprise, which is a member of the ProPublica Local Reporting Network.

MORE FROM The Malheur Enterprise