The global effort to eradicate Guinea worm is deeply in need of reform. Here’s what we can do to fix it. 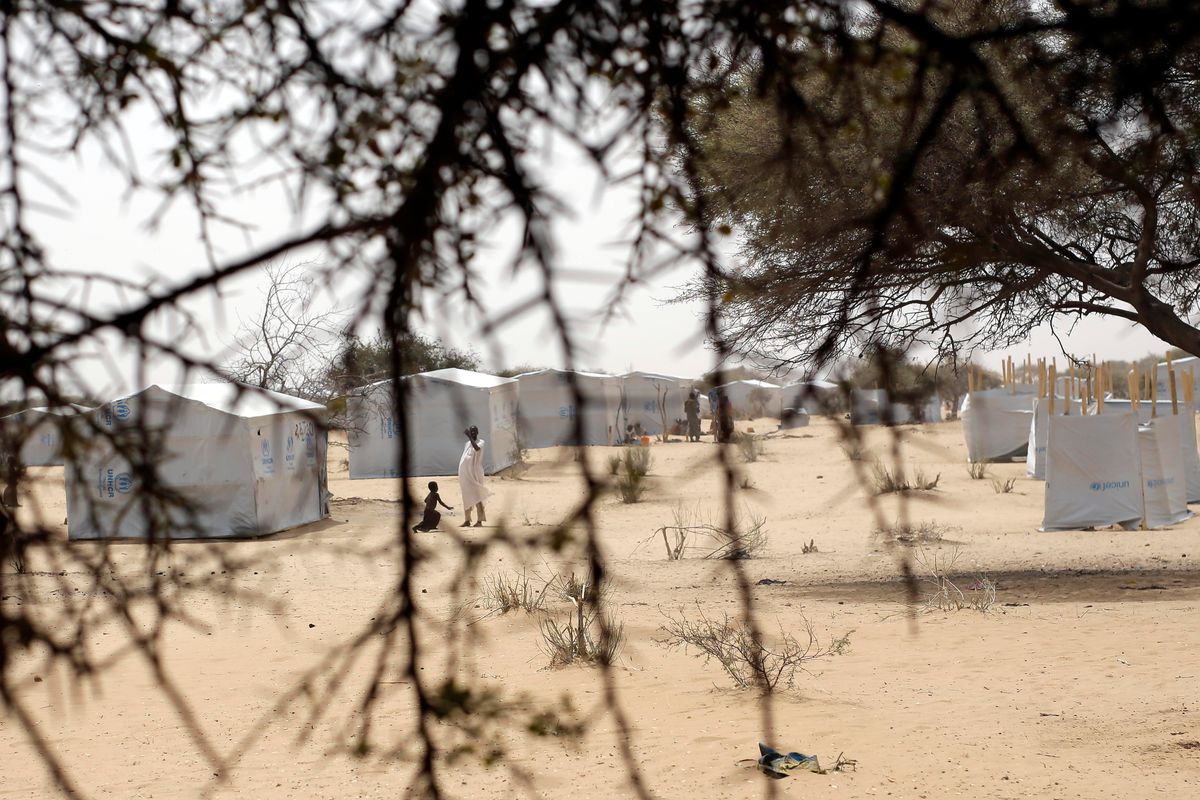 THE ROAD TO Ngangoli Tounia felt like a bridge to the end of the earth. To the left, a drop marked the bank of the Chari River in southern Chad — languid near the peak of dry season. On the other side, deep carvings traced our path: lingering evidence of overflow ponds. They had since dried, concentrating their contents until they no longer existed. For people in this part of the central African nation, the ebb and flow governed annual transitions from fishing to farming and back again.

In January 2017, I made this journey to interview a fisherman who had found himself in extraordinary circumstances. Wet-noodle worms emerged from the legs of seven of his dogs, sending them limping seemingly at random. These were nematodes called Guinea worms, and it was a worrying development. The global initiative to eradicate the Guinea worm — a disabling waterborne parasite that can grow to several feet inside a human host before painfully emerging through the skin — has been remarkably successful since it began in earnest in the mid-1980s. But more recently, the worm has adapted to thrive in dogs, infecting thousands of animals who cannot be told to steer clear of unfiltered water or report to their local health centers.

And of course, worms from dogs can in turn infect humans, complicating eradication considerably.

As a global health contractor focused on infectious disease transmission in fragile states, I set about trying to quantify the problem. Where and when did new worms appear? How could historical data inform prevention? Were efforts to report infection, especially in dogs, working on the ground? Before the dogs, Chad had gone ten years without reporting a single Guinea worm case. But genetic diversity indicates that transmission continued unabated that entire time. And that begged a potent question: How could this happen, given the vast resources and renown of the global Guinea worm eradication effort?

Chad is not alone. This past summer, seven cases were reported in South Sudan shortly after a round of press conferences celebrated the presumed elimination of the parasite in that country. And on June 29, the World Health Organization announced the first known case in Angola, over a thousand miles away from areas of known endemicity. Parasites, of course, are not immaculately conceived. Every Guinea worm in a new area implies a set of parents that went undocumented the year prior.

How the Guinea worm got to Angola remains an open question. But Chad’s example points to the possibility that the disease has been circulating undetected in the country for decades. And that suggests that the final push to full eradication of the parasite requires new approaches — including the implementation of better surveillance in at-risk communities, and more rigorous and field-informed scientific research. After all, nobody knew this reservoir of Guinea worm disease was percolating below the radar in central Africa precisely because nobody had bothered to look.

And confirmation bias, unfortunately, is not a reliable eradication strategy.

EVERY SUMMER BRINGS articles about Guinea worm. Some years they all ask the same question: Why haven’t we achieved eradication? But more often they herald the eradication program as a beam of hope, perpetually almost-there. I recall a particularly optimistic roundup of eradication news from 2016, which I spent in Chad – home to most known remaining Guinea worms. Among health worker colleagues in Guelendeng, the internet was too weak to load the news, so a friend sent excerpts via WhatsApp that I read aloud, with positive sentences punctuated by dark laughter. After all, we were sprawled in the heat, amid fans strategically perched atop stacks of monthly reports. It was peak transmission season, in the peak year recorded to date. Eradication, while presented as an inevitable endpoint in press releases, seemed laughably far away to us on the ground.

Six human cases that year came from beyond the reach of health workers actively searching for Guinea worm — areas without preventative efforts, where an untold number of infected dogs ran loose. Worse, two human cases, when plotted on maps, appeared extremely close to the border with the Central African Republic. I can still conjure the sense of panic I’d felt knowing more resources were needed in response — more staff, more research, rigor, and creativity — particularly given than getting an accurate sense of the situation on the ground can be hard even in the best of circumstances.

In Chad, the village chief sat in on my conversation with the fisherman whose seven dogs had turned up with Guinea worms — often answering for him. Everyone clearly thought they were being evaluated — even blamed. When did you first see the worms, I asked? A debate ensued, as those gathered traced threads of memory.

May 2014 emerged as a consensus, though the first reports from the village didn’t come until March 2016, implying nearly two years of unmanaged transmission. And these reports came only after expansion of surveillance efforts to the area — including the hiring of health workers to spread the word and pay dog owners to report cases. Amid the challenges of day-to-day life in Southern Chad, investigating minor dog injuries simply hadn’t been a priority.

The dog with the worst infection was her owner’s favorite: a nursing female who had recently produced eight puppies in addition to seven worms. When local fishing was bad, they traveled together forty kilometers away, beyond the grasp of the health workers who tallied worms and quarantined dogs until they had healed. The months they traveled were those when none had been reported.

Driving back, I mentally mapped my spreadsheets onto the lives and landscapes before me, wondering about all that had been missed.

THE PREFACE to the 2009 book “Smallpox: The Death of a Disease,” which documents the history of smallpox eradication, includes this reflection on the possibility of resurgence: “The audience seemed quiet and skeptical. After all, they thought that smallpox had been eradicated, and most people generally don’t like to hear that a big problem exists when things had seemed fine.”

In the realm of Guinea worm, things are not fine. Vested parties have begun to separate into extreme camps. One advocates staying the course, pointing to trendlines. Another despairs, reverting to the widely-held belief that animal reservoirs mean game-over. I left Chad stranded somewhere in between, with a pained hope in our capacity to blur the boundary between “impossible” and “not trying hard enough.”

But one thing is painfully clear: The Guinea worm eradication program is deeply in need of reform.

So how do we get there? First, assumptions must be tested. Historical efforts, for example, assumed that dogs cannot be infected via water, due to the lapping mechanism of their tongues. This claim struck me as questionable from Chad, where dogs readily drink from sources unused by humans. It should be empirically evaluated in a controlled setting,

Secondly, case searches must be creatively broadened. Rabies control teams throughout rural Africa could be trained to search dogs for symptoms and to report worms. Nomadic groups crossing into countries without programs should be provided with symptomatic education and worm sample tubes. Borderland radio stations could advertise far beyond programmatic reach.

Thirdly, the World Health Organization must update procedures for certifying a country as being free of Guinea worm disease. The current standard – three years – is sourced from smallpox, with a very different transmission profile. That WHO detected cases from both South Sudan and Angola during the certification stage does not bode well for future use of this timeframe. New standards will ideally incorporate historical epidemiology, migration from known-endemic areas, and symptom checks in dogs.

I must temper these recommendations with political reality. Pressures to report success, both for endemic countries and international institutions, run contrary to comprehensiveness. Conflicts in Mali and South Sudan likely obscure their true transmission horizons. Getting any grasp on transmission in Angola and the Central African Republic may take much longer.

But efforts in this critical period may determine whether humanity ultimately succeeds in once more banishing a disease from the earth. In the face of this potential achievement, it would be a shame to linger in the realm of “almost.”