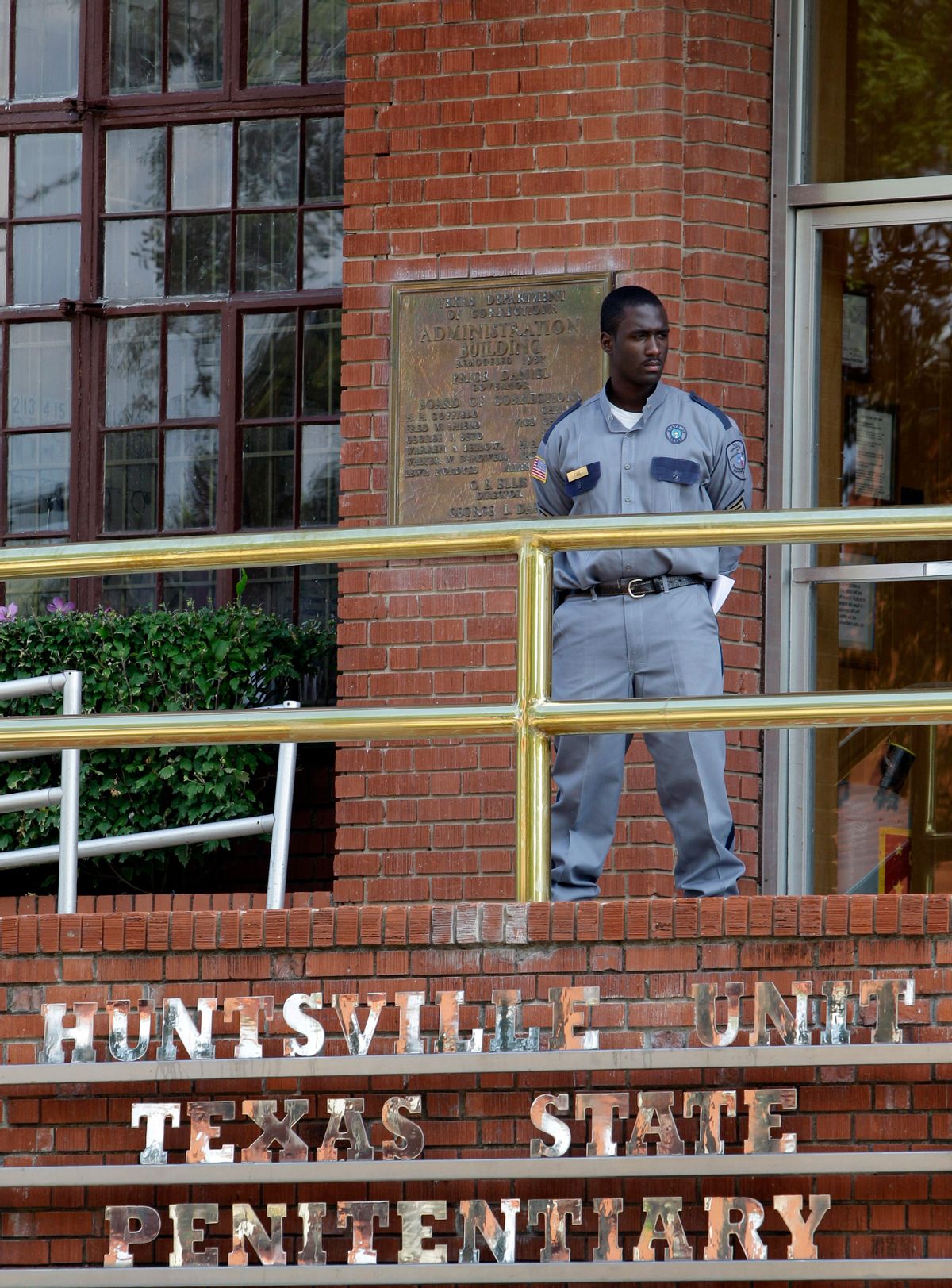 The American criminal justice system is broken. On this, most Americans agree, regardless of their political leanings. President Trump’s announcement that he supports a moderate bipartisan incarceration reform bill moving through Congress, called the First Step Act, was met with Van Jones’ enthusiastic applause.

The recent nationwide prison strike is the latest public reminder of the brokenness of the system.

The issues the bill and the strike raise speak to a challenge for progressive (and other) advocates of prison reform: Incarcerated people are not the only stakeholders that need to be engaged with on this issue, if we are to see real reforms.

When discussing criminal justice, progressives typically start by looking at the treatment of incarcerated people, the structural injustices in the conditions of confinement and the racial disparities in the system overall. These are all vitally important.

Embedded in this progressive framework for viewing mass incarceration and how to fix it is the orientation that the victims of the system are those who are serving time, while law enforcement officials are cast as convenient villains. Let’s call it the Shawshank Redemption narrative. The irony becomes immediately evident: When convicted felons are cast as innocents, and those charged with running the facilities day-to-day are demonized, there is a social and political cost that runs counter to progressives’ own goals and values of inclusivity, interdependence and reconciliation — and the very change they are calling for.

The reality is that corrections officers are on the frontlines of this crisis — the labor force that will be tasked with implementing any reforms — and their voices are too often excluded. Rather than reduce them to a caricature, let’s listen to them, recognize their experience, honor their sacrifice and include their concerns in the sweeping reform that we hope to achieve. Recently, I have been doing just that as I work with corrections officers to discuss their insights and how they would fix our broken criminal justice system.

Take, for example, the prison reform movement’s high priority of expanding educational opportunities for those who are incarcerated. On the one hand, Carlton, a corrections officer from Michigan whom I have come to know, believes deeply in such efforts. He worries about the “idle hands” of prisoners and knows all too well that an active prison population is safer for everyone behind the walls. As a Christian, he says, “I believe in redemption.” He believes that training inmates for a fresh start can be essential to their getting a second chance, and he also has the experience to be able to recognize which inmates are working to game the system, and which are working to turn their life around.

Yet Carlton has also seen what happens when he and his fellow officers are asked to do too much with too little. In prisons across the country, severe staffing shortages result in longer hours, fatigue and stress for officers, and occasionally canceled visitation and recreational programs for inmates, a practice that aggravates those who are incarcerated and can ultimately lead to dangerous situations for all on the inside.

He’s seen how dangerous it can be for the officers with whom he serves, and the incarcerated individuals for whom they’re responsible, when chronic understaffing and mandatory overtime runs up against program demands. Often the expectation that officers carry out programming means that a team of two officers is split up so one is left alone in the housing unit while the other is assigned elsewhere to carry out the educational program. At the end of the day, just like anyone else, Carlton’s first priority is to get home to his family safe and sound. If asked to carry out reforms that result in leaving his work partner alone in a housing unit with 200 incarcerated individuals, he says, he won’t do it—but not because he’s against prisoner education. On the contrary—he’s open to prison reform. He just doesn’t want his ability to do his job or his safety disregarded in the process.

Corrections officers are charged with one of America’s toughest, and often most thankless, jobs. As a group, their risk for PTSD and suicide far outpaces that of any other profession, including police officers and military veterans. In many ways, they too are victims of our broken correctional system. While we seldom hear empathy for the officers who protect our communities, the dangerous and volatile environment in which they work comes with incapacitating physical, mental, and emotional health problems, and it is essential that they are protected against the hazards of their job. As Brian Dawe, head of the American Correctional Officer Intelligence Network, put it, “We’re doing time too; we’re just getting paid for it.”

They see the cracks and structural failures in the system firsthand day after day, and yet are forced to make do with the woefully inadequate resources, staff and programming that they have on hand to meet the challenges they face. Of course, as in every industry from Wall Street to Major League Baseball, there are bad apples who lose their way and take advantage of the power they have. Those individuals must be held to account but not used to excuse our failure to provide a seat at the reform table for those who work in corrections.

Against this backdrop, and despite their expertise and background, men and women like Carlton are rarely asked to contribute their perspective in the progressive criminal justice reform conversation, in no small part because they have been written into the villain role in this story and because we sometimes have a blind spot when it comes to the expertise of frontline workers more generally. If we truly want to achieve the goals to which we ascribe, progressives have to learn, both individually and as a movement, that it neither diminishes us nor undermines our values to take seriously the experiences of others even when they may run counter to our point of view.

It should come as no surprise that when opportunistic political leaders talk about a “forgotten America,” men and women like Carlton find themselves drawn to their rhetoric, rather than rhetoric that they view as coming from an out-of-touch group of elite reformers debating their future and that of their industry, entirely without their own input.

This blind spot is sadly present in too many of our social change efforts. The coalition available to address some of our most vexing problems — climate change, immigration reform, gun violence — is broader than we think, but we have to seek to build a policy agenda that reflects a broad range of values and priorities, rather than simply trying to convince others to sign onto our agenda. This is not an appeal to some kind of mushy “common ground.” But it is a call for us to be open to the lessons offered by people with experiences far different from our own.

To do this, we’re going to have to ask ourselves some hard questions. The patterns that have left us comfortable and confident in dismissing Americans like Carlton are deeply worn. Whom have we written out of our story of progress, and how have we failed to deliver solutions that help all Americans? The answers to these questions will show us whom we’ve left behind and, more importantly, how to create a broader and more inclusive movement that welcomes these voices back into the conversation.