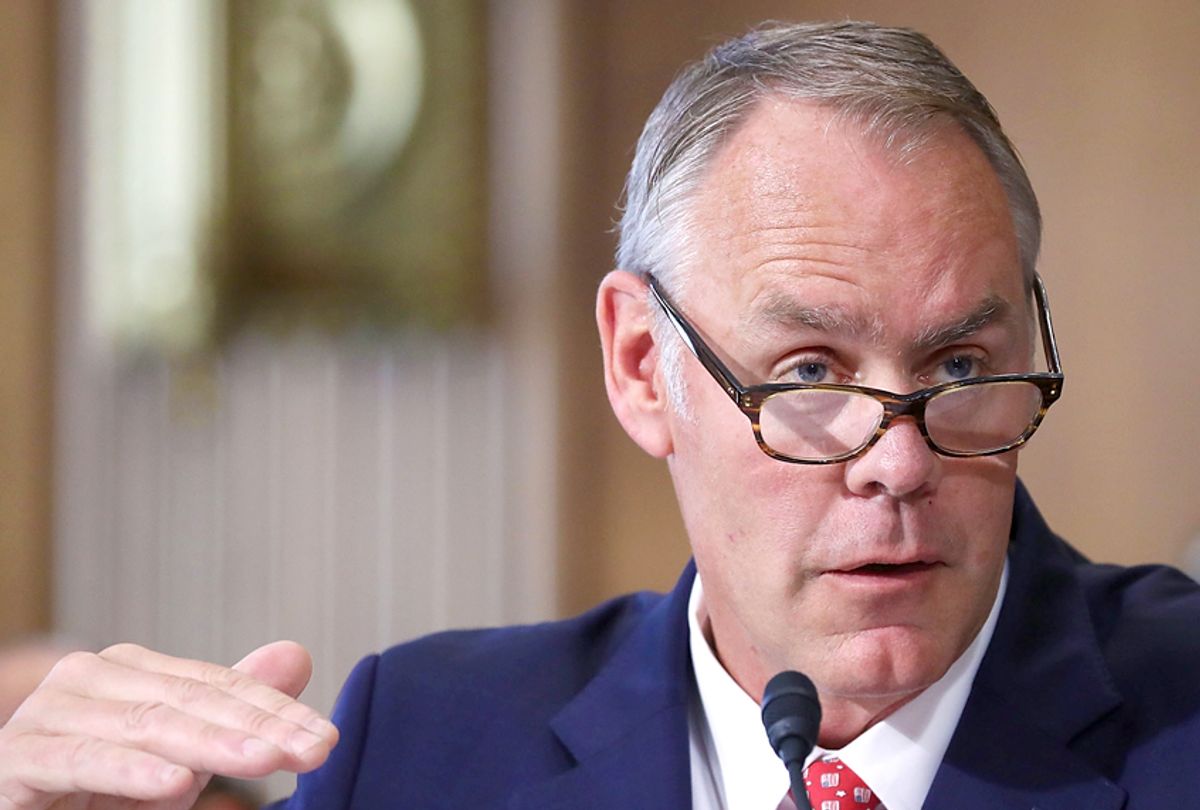 Trump’s ethically-challenged Interior Secretary, Ryan Zinke, wants to lease 2.85 million acres of that reserve to oil and gas companies even as California burns from wildfires worsened by climate change. Environmentalists have sued in federal court to try to throw out the last two lease sales.

“Climate change is already underway in Alaska, and this lease sale will only make it worse,” said Miyoko Sakashita of the Center for Biological Diversity.

The National Petroleum Reserve, 10 times the size of Yellowstone and larger than Maine, South Carolina and 10 other states, was established in 1923. Harding’s Interior Secretary, Albert Fall, convicted of taking bribes in exchange for favorable oil leases at the Teapot Dome Oil Field in Wyoming and another in California, wrote the executive order that Harding signed. The Alaska land is home to caribou herds, polar bears and millions of migratory birds.

Alaska has warmed more than twice as rapidly as the rest of our country over the past 60 years. The Arctic is expected to warm by an additional 10 degrees to 12 degrees. Summer temperatures are predicted to increase by 6 degrees Fahrenheit and winter temperatures to increase by as much as 18 degrees by the end of the 21st century.

Arctic sea ice has decreased by at least 3 ½% per decade since the early 1980s. Scientists predict ice-free summers by the 2040s.

ConocoPhillips Inc. paid almost $20 million in 2016 and 2017 for 72 leases in the reserve, more than any other company. Its Greater Mooses Tooth #1 drill site started producing oil in October.

The Natural Resources Defense Council and three other environmental groups sued Zinke to try to invalidate the two previous lease sales. The 2018 sale is scheduled for Dec.12. The judge hearing the case is Sharon Gleasonwho was nominated in 2011 by former President Barack Obama.

Some tracts that could be leased are in Colville River Special Area where peregrine falcons nest on cliffs. The Colville River is Alaska’s largest river flowing into the Arctic Ocean.

The environmentalists’ lawsuit says the Bureau of Land Management failed to a take hard look at the potential greenhouse gas emissions that would result from the 2016 and 2017 lease sales and the environmental effects of those emissions.  A 2015 study said all Arctic fossil fuels should be classified as unburnable to avoid the worst effects of climate change.

Jeffrey Wood, the acting assistant attorney general who represented the government in this case, is a former lobbyist for a utility company. The Senate recently confirmed Jeffrey Bossert Clark, who represented BP in lawsuits over the nation’s largest oil spill, to serve as Trump’s top environmental lawyer.

The government contends that the Bureau of Land Management was not required “to speculate” about how much that oil and gas produced from the leases could contribute to climate change.