Mississippi has long had burdensome voting requirements, but this year's absentee rules might affect the outcome 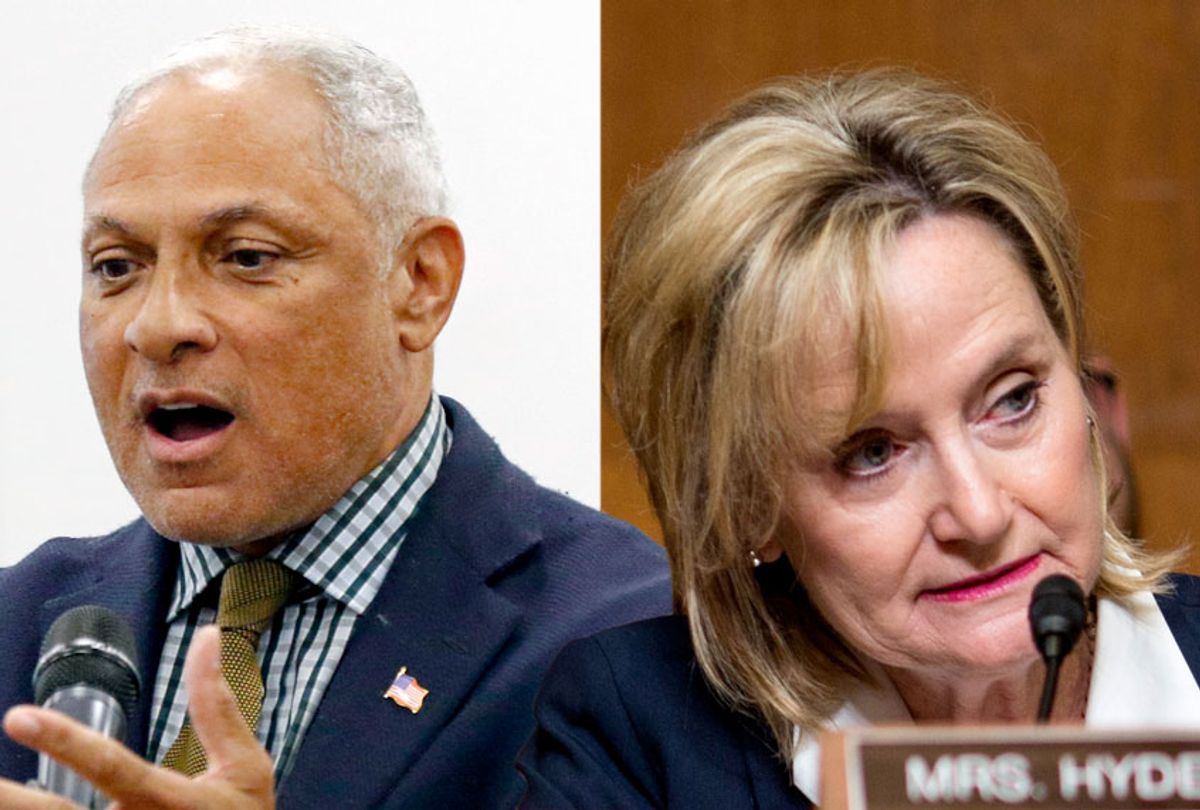 A civil rights group is suing top officials in Mississippi for giving voters very little time to cast absentee ballots in Tuesday’s special runoff Senate election, making it nearly impossible for some votes to be counted.

Democrat Mike Espy faces appointed Republican incumbent Sen. Cindy Hyde-Smith Tuesday after neither received a majority of the vote in the November 6 election. According to a federal lawsuit filed by the Lawyers’ Committee for Civil Rights Under Law, election officials did not send absentee ballots for the run-off until Nov. 17. Many out-of-state voters did not receive the ballots until Thanksgiving time. Under state law, absentee ballots must have been submitted by Monday, Nov. 26 at 5 p.m. Absentee ballots in the state must also be notarized, which means many voters had just one business day to get the ballot stamped and delivered to their county elections office, Mississippi Today reported.

“Mississippi’s absentee ballot procedures stand out as some of the most burdensome in this country,” the lawsuit says, accusing the state of violating the Constitution.

The voting group is representing three voters who did not receive absentee ballots by Nov. 20, which made it virtually impossible for them to submit their votes to be counted on time.

The group asked the judge to order the state to count all ballots that are postmarked by Election Day.

Even before the short timeline provided to vote in the runoff, Mississippi made it far more difficult to vote via absentee ballots than other states, Mother Jones reported. Only certain voters are allowed to request absentee ballots and they must be requested in person or by mail from the county clerk. Voters must request absentee ballots for every individual election. The requirement to have absentee ballots notarized is also problematic since some notaries charge money for services, even though the Constitution prohibits states from forcing people to pay to vote.

A voter who cast absentee ballots for both the general and runoff elections would have had to submit four documents on four separate occasions to the county clerk. Voters would have had to pay for expedited mail in order for the ballots to arrive in time.

“This burdensome process is difficult to navigate in the best of circumstances,” the Lawyers’ Committee lawsuit says. “When compounding circumstances — such as an inability to pay for or find notary services, or a delay in postal delivery — add further complications, it becomes impossible.”

In a press conference earlier this month, Democratic state Sen. David Blount compared the state’s restrictions to a poll tax.

“Historically, Mississippi has not made it easy to vote,” Blount said, according to Mississippi Today. “That is a fact, but we can change that.”

Blount has called for the notary requirement to be scrapped and for early voting to be allowed. Thirty-seven states already have early voting. He has also suggested letting county clerks automatically send absentee ballots for a runoff election to all voters who received them in the general election.

“We believe that the more people who vote the better government you have,” he said.