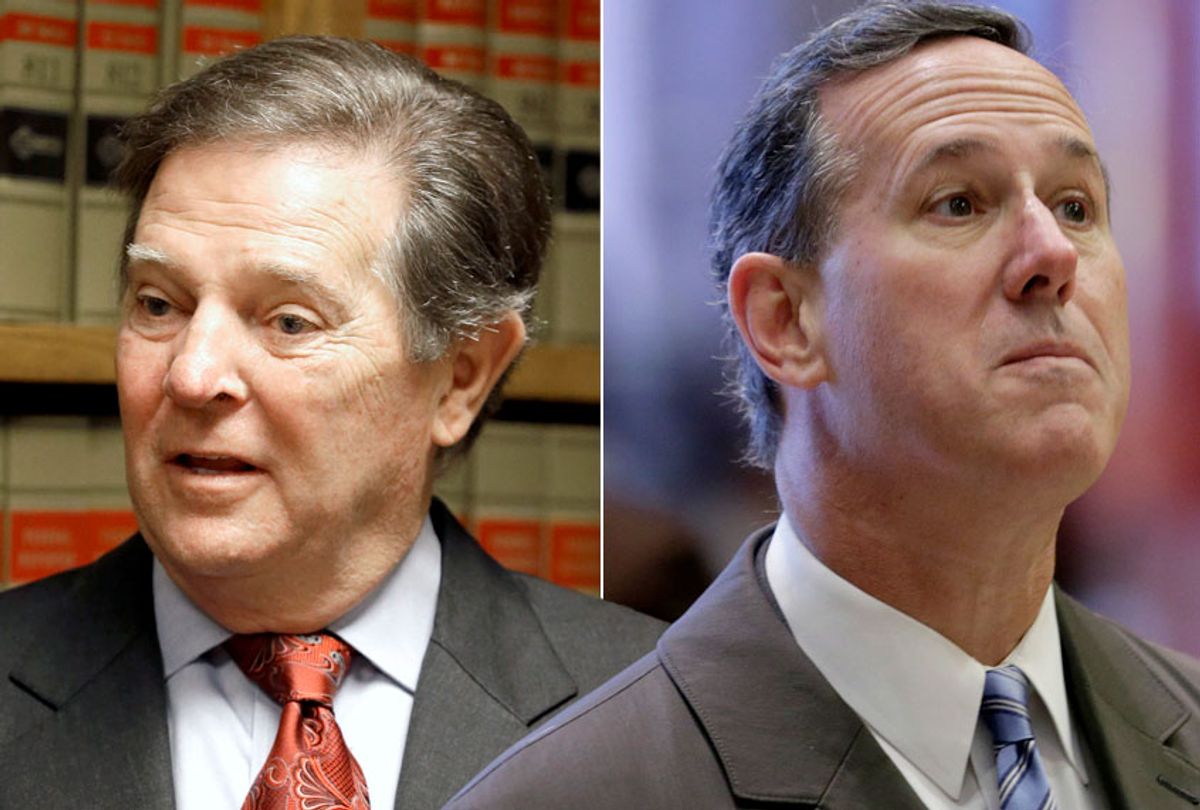 Donald Trump's administration used the Thanksgiving holiday to release the fourth National Climate Assessment report, a periodic government report generated by government agencies in response to federal guidelines established in 1990. Trump had no legal power to stop the report from being released but, in an obvious effort to hide its dire predictions, published it on Black Friday, hoping it would go unnoticed. The strategy may have backfired, however, as there wasn't much other headline news to compete with the report, meaning it likely got more coverage than news stories about climate change usually receive. (Sadly, I can assure you such things are ratings kryptonite.)

Unfortunately, the "both sides" strategy that cable news networks employ meant that this climate-change denialists — who still control the majority of Republican messaging on this issue — got plenty of airtime. Most of them, seeking to explain how the entirety of the scientific establishment might somehow know less about this issue than conservative pundits who couldn't pass an eighth-grade math quiz, resorted to a conspiracy theory.

Here's how this one "works": The entire worldwide establishment, these pundits argue, is involved in a massive conspiracy, funded by shadowy but apparently infinitely wealthy figures, to perpetuate the climate hoax on the world, for unclear reasons.

"The report is nothing more than a rehash of age-old 10- to 20-year assumptions made by scientists that get paid to further the politics of global warming," former congressman and convicted criminal Tom DeLay claimed during another CNN segment, insinuating but not quite articulating exactly how scientists benefit from perpetuating this supposed hoax.

“The reality is that a lot of these scientists are driven by the money that they receive," Rick Santorum argued on another segment.

It's irresponsible of CNN to invite these climate change denialists on to spread conspiracy theories, but that error is compounded by the failure of supposed journalists to follow up on these preposterous claims. Right-wingers are not asked why not a single person has blown the whistle on this conspiracy that, at this point, would require the cooperation of hundreds of thousands of people. Nor are they asked about the alleged motivations of these supposed funders, or who they are. Such follow-up questions might help show viewers that it's preposterous to believe that such a conspiracy is possible, much less to believe it's actually happening.

There is, in fact, an actual climate-change hoax conspiracy. But it's not being run by the left. It's being run by the right, which has a well-orchestrated and very well-funded widespread conspiracy to lie to the public, minimizing the reality of climate change and defaming the scientists who research it. These pundits are, in almost comically straightforward fashion, simply accusing the left of doing what they're doing, which is taking rich people's money to lie to the public.

This projection of their own sins onto their opponents is, unfortunately, a useful strategy for the right. It fuels the "both sides" narrative, in which audiences perceive both conservatives and liberals as trafficking in groundless accusations and lies, and encourages those audiences to write off all parties as hopelessly corrupt.

In reality, of course, there is no equivalence between the actual right-wing conspiracy and the imaginary one on the left. For one thing, there's not much mystery over who is funding the efforts to hoax the public with climate-change denial. Wealthy fossil fuel interests, especially the oil billionaires Charles and David Koch, have been spending millions upon millions of dollars to perpetuate this hoax. The three liars quoted above — Santorum, Moore and DeLay — all have been heavily financed by fossil-fuel interests.

In other words, the who, how and why are all right there for anyone willing to follow the money. Who: Fossil fuel billionaires. How: Campaign donations, PACs, consulting gigs and nonprofits are all used to funnel money to conservative pundits willing to go on TV and undercut the scientific consensus on climate change. Why: To prevent environmental regulation that will cut into profits for fossil fuel billionaires.

In contrast, conservatives are deliberately cagey about sharing the who, how and why details of their conspiracy theory, because the more details they try to offer, the more obvious it would be that their entire theory makes no sense at all.

What kind of billionaire would want to convince people that climate change is real, if it's not? How on earth could anyone profit from that? Sometimes right-wingers who perpetuate this theory will claim that it's a socialist effort to end capitalism, but that requires believing that this enormous conspiracy has a vast stash of cash that somehow doesn't derive from capitalism.

Still, conservatives continue to perpetuate these claims that untold billions are being spent to fund everything conservatives don't like, from protesters in the streets to migrant caravans to science showing that climate change is real. Unfortunately, the constant false accusations of bad faith against progressives have worked magnificently to sow doubt in the public imagination. Even many voters and news consumers who think of themselves as liberal have a reflexively cynical approach when they hear Democratic politicians or liberal activists speak passionately about these issues, assuming that these folks must have some "agenda" other than genuine concern for the wellbeing of others or of the planet.

The result of all this cynicism is that it's unnecessarily difficult to get people organized around progressive causes -- many people who otherwise would be interested are looking for a catch that likely doesn't exist. This isn't the only reason that progress on the climate change front has been so slow, but it certainly hasn't helped. Which is just how conservative pundits, and their fossil fuel benefactors, want it.