Meghan McCain has no patience for Hyde Smith’s racially charged incidents: “All of it is disgusting"

"I’m not allowed to say completely racist, but in my opinion, it’s deeply insensitive,” McCain said on "The View" 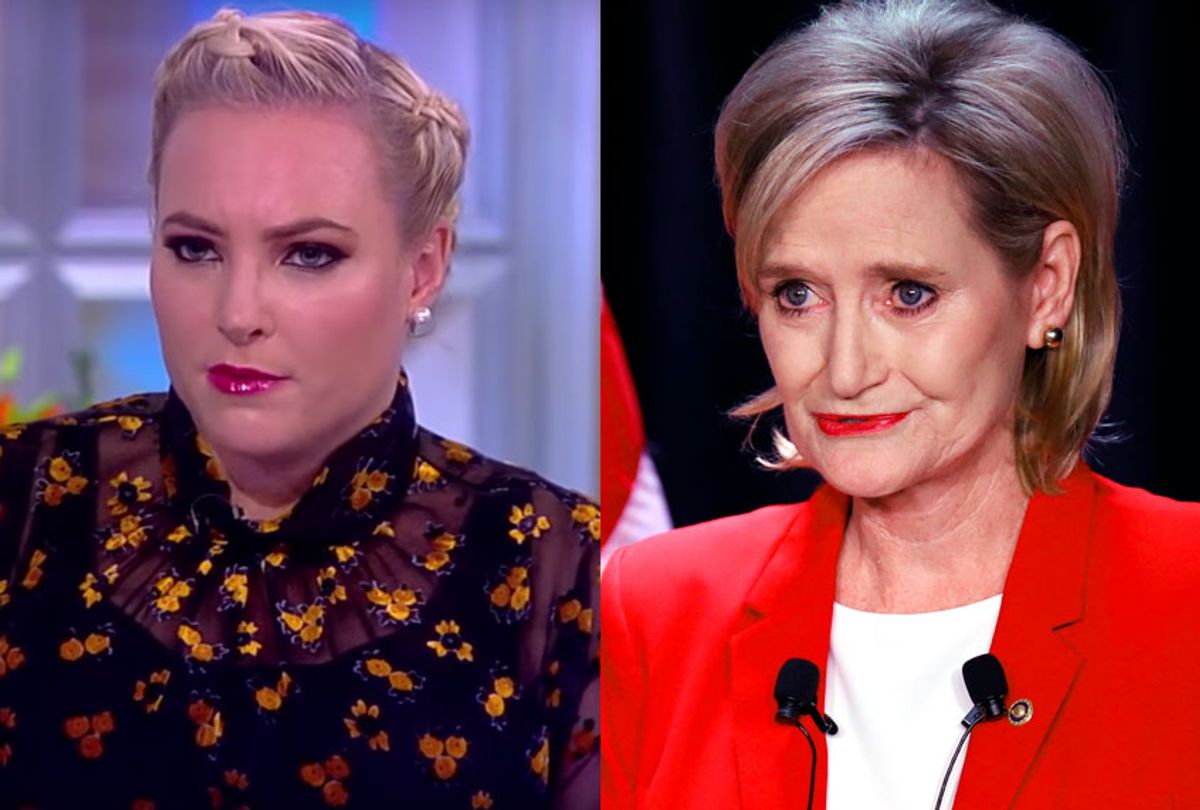 The View’s Meghan McCain came out swinging against apparently racist Mississippi Republican Senate candidate Cindy Hyde Smith, saying she was a bad candidate and an embarrassment to the party.

“It’s exhausting to be a Republican and have a woman like this on TV,” McCain said angrily. “She is a bad candidate.”

McCain also had no patience for Hyde Smith’s comments about public hangings and voter suppression.

“I interpret any acceptance of any of this as veiled — I’m not allowed to say completely racist, but in my opinion, it’s deeply insensitive,” she said, agreeing with co-host Whoopi Goldberg that “it’s real close to racism.”

“There are provocative, interesting, Republicans coming up and I’m stuck with this,” McCain added, clearly exasperated. “All of it is disgusting and embarrassing. That’s all I have to say about this anymore.”