The case against Nancy Pelosi collapses

House Problem Solvers Caucus, who said they will not vote for Pelosi unless she agrees to changes, get their change 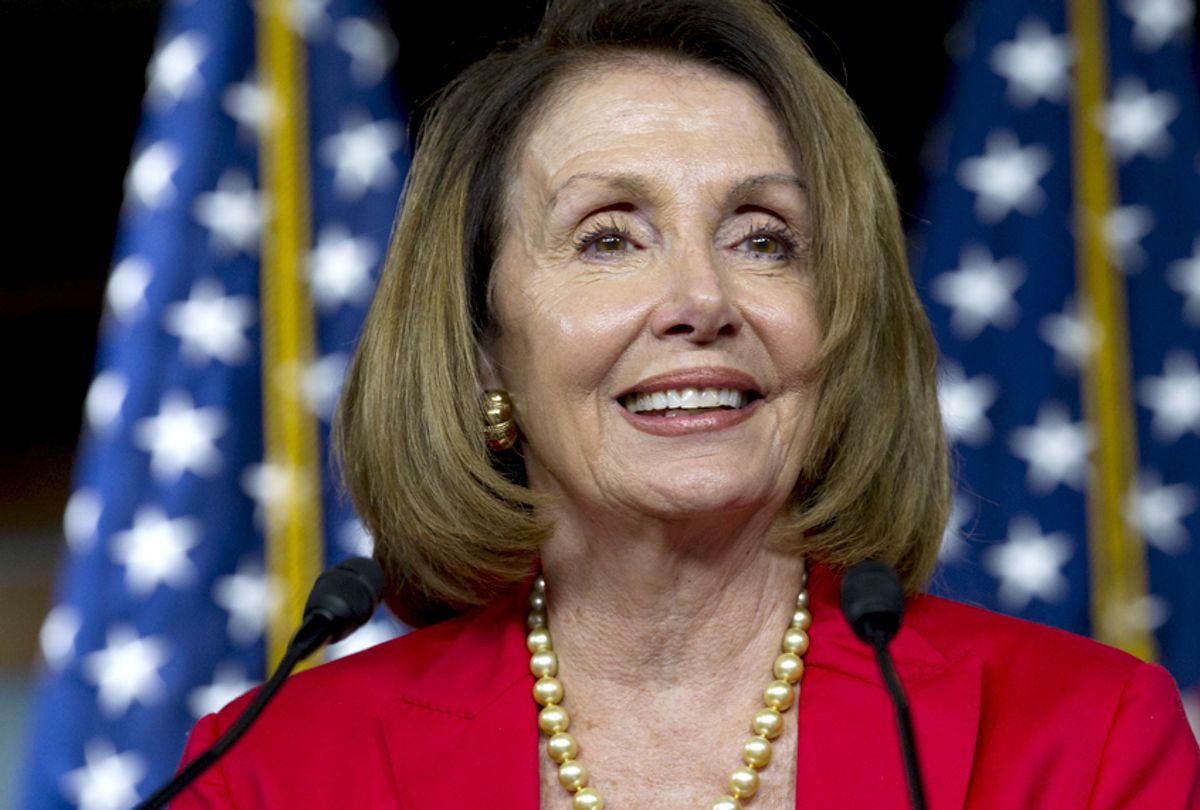 Nine Democratic members of the House Problem Solvers Caucus, part of a larger group of 16 House Democrats who have said they will not vote for Pelosi, announced on Wednesday that she had agreed to rules changes making it easier for bipartisan bills to come up for a vote and has thus gained their support.

Beyond winning concessions from Pelosi, her critics also lacked a viable alternative. Pelosi hasn't faced any official challengers. Rep. Marcia Fudge of Ohio briefly vocalized her interest in running for the seat but has since publicly endorsed Pelosi.

Earlier on Tuesday, Flordia Rep. Darren Soto expressed his intent to flip his vote in favor of Pelosi after initially indicating that he would not support her bid for the speakership. Rep. Stephen Lynch of Massachusetts announced last week that he, too, had softened his opposition to Pelosi's run for the 55th Speaker of the House. In an interview with WCVB in Boston, Lynch stated that despite the risk of losing House majority and another four year's of Donald Trump in office, he would support Pelosi over any Republican challenger.

“If it becomes as a choice between a Republican and Nancy Pelosi, I’ll obviously support Nancy Pelosi,” Lynch said. “But I do think we risk losing the majority in the House. We risk having Trump elected for another four years if the Democrats don’t offer a new direction in the Democratic Party.”

Although his vocal support for Pelosi looks promising for the House Minority Leader's bid come Jan. 3, his comments that followed prove the Massachusetts congressman is concerned about the future of the House if Pelosi becomes its new face.

“If the face of our party is Nancy Pelosi, with all due respect, I think we lose the House again,” Lynch said. "I would like to see the party move a little bit more to the center, if we could, to make sure that we capture those people who have been traditionally with the Democratic Party that left us and voted for Republicans in the past and put Trump into office."

Lynch was one of 16 Democrats to publicly denounce their support for Pelosi's bid in an open letter last Friday. They believed Pelosi, who previously held the position from 2007 to 2011, and her steadfast views would detract from the bipartisan direction the House should be moving in a deeply divided America today.

"As we head toward the 116th Congress and reclaim our Democratic majority, we believe more strongly than ever that the time has come for new leadership," the letter read. "We will only vote for a speaker candidate who supports ‘Break the Gridlock’ rules changes. Although we are at a stalemate in our discussions, and therefore cannot support Leader Pelosi for speaker at this time, we will keep working with the leader and others in hope of reaching consensus on specific rules changes for more bipartisan, common sense governing."

House Democrats nominated Pelosi as their candidate for Speaker of the House in a private caucus vote before gearing up for the official public vote on Jan. 3.

Sixty-three Democrats voted against her in the 2016 election for House Minority Leader - and it appears that some still aren't willing to support her Speaker's bid.

But, despite the concerted opposition, the Californian congresswoman appears geared up to return to the coveted Speaker's position.

“I could be persuaded,” Rep. Lynch told reporters after meeting with Pelosi on Wednesday. “I’ve got a little leverage now, I’m not gonna throw that away,” he added. “I’m persuadable and I told her that.”