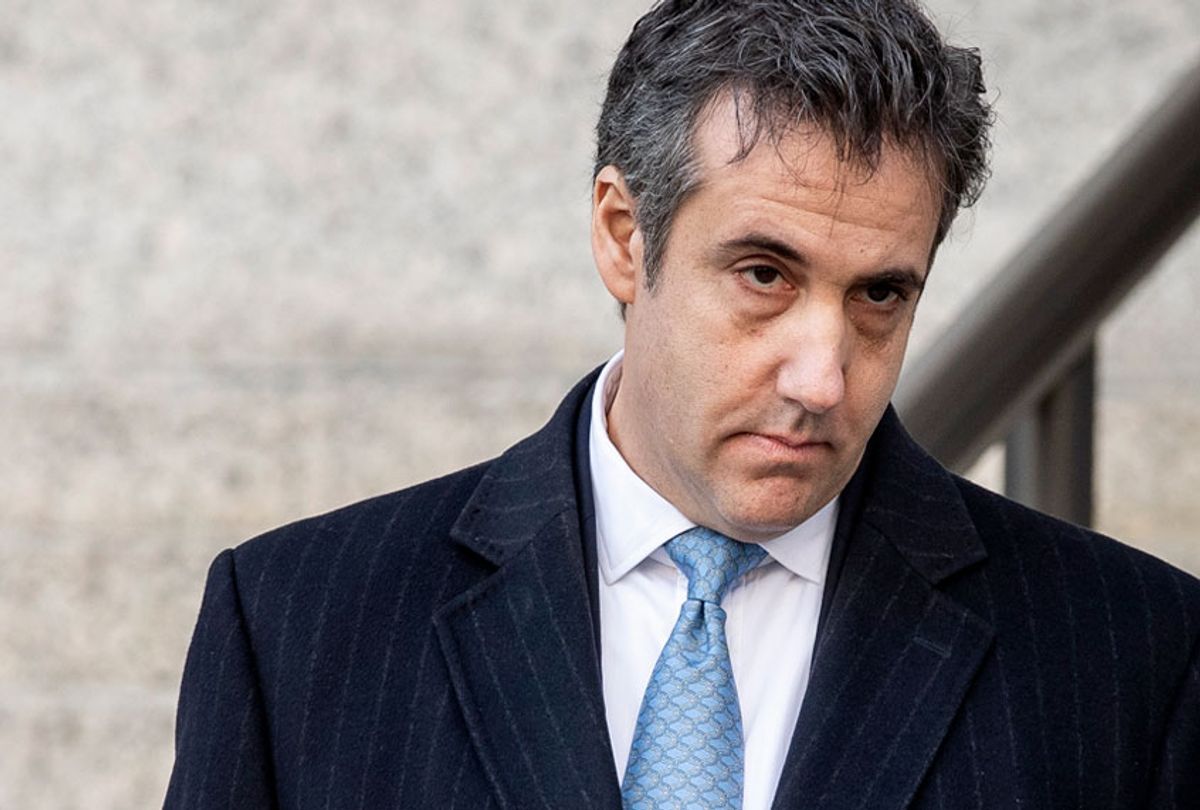 Michael Cohen, the attorney who spent many years working as President Donald Trump's personal "fixer," made an unexpected appearance before a federal judge in New York on Thursday to plead guilty to lying to Congress last year about his contacts with Russia during the 2016 presidential campaign.

Cohen admitted that he "knowingly and deliberately" made false statements in 2017 to the Senate Intelligence Committee about an aborted plan to build a Trump Tower in Moscow. At the time, Cohen said the president's company pursued the development during the Republican primary, but that talks ended "for a variety of business reasons."

Court documents reveal that Cohen made the false statements to "minimize links between the Moscow Project and [Trump]" and to "give the false impression that the Moscow Project ended before 'the Iowa caucus and . . .  the very first primary,' in hopes of limiting the ongoing Russia investigations."

Cohen on Thursday told the judge that he lied about the timing of the negotiations of the Moscow project and revealed that Trump was personally aware of the deal, signing a letter of intent and discussing it with Cohen on two other occasions. Cohen also disclosed that he agreed to travel to Russia in connection with the potential development, and that he communicated with Russian government officials about the project. He said he sent an email to the spokesman for Russian President Vladimir Putin as part of the potential deal.

Cohen said that he made the false statements to be consistent with Trump's "political message." Court documents reveal that Cohen and prosecutors referred to Trump as "individual one" throughout Thursday's proceedings. Cohen said he lied to prosecutors "to be loyal to Individual One."

In response to Cohen's agreement, Trump told reporters, "When I'm running for president, that doesn’t mean I'm not allowed to do business." He said Cohen is "a weak person and not a very smart person." Meanwhile, House Speaker Paul Ryan (R-Wis.) said Cohen "should be prosecuted to the extent of the law. That's why we put people under oath."

Rudy Giuliani, one of the president's personal lawyers, called Cohen a "liar" in a statement. "It's no surprise that Cohen lied to Congress," Giuliani said. "He's a proven liar who is doing anything he can to get out of a long-term prison sentence for serious crimes of bank and tax fraud that had nothing to do with the Trump Organization."

The Associated Press reports that Cohen's lawyer, Guy Petrillo, said he would provide the court with a letter detailing how his client has cooperated with Mueller's investigation.

In August, Cohen pleaded guilty to campaign finance charges and admitted that he paid off adult film actress Stormy Daniels "at the direction of the candidate," referring to Trump, during the 2016 presidential campaign in order to squash reports about her alleged affair with Trump. He also pleaded guilty to multiple counts of tax evasion, bank fraud and making false statements regarding a credit decision.

Trump's former personal attorney has been under criminal investigation for some time regarding his personal financial dealings. The investigation into Cohen's business dealings placed him under immense pressure in the Southern District of New York, while Mueller continued his separate investigation into Russian meddling in the 2016 presidential election. (Some of the evidence incriminating Cohen was reportedly uncovered by Mueller's investigators, who then handed it over to federal prosecutors.)

Cohen, who was previously one of the president's most loyal and ardent defenders in business in politics, indicated earlier this year that his loyalty to Trump might be wavering as he vowed to "put family and country first" by cooperating with prosecutors. His decision to cooperate with Mueller has made him, perhaps, one of the most key witnesses against his former boss.

The news of the agreement comes during an eventful week in the Mueller investigation. Mueller informed a federal judge on Monday that he has voided his cooperation agreement with Paul Manafort, the longtime Republican consultant who spent five months as Trump's campaign chair during the 2016 campaign. Mueller said Manafort lied to the Federal Bureau of Investigation, as well as his team, two months after reaching a plea deal in the Russia probe. Manafort was previously thought to be a star cooperator in the ongoing probe. Manafort's attorneys dispute the claims that he lied.

The president this week has been upping his relentless criticisms of the investigation and Mueller's team, accusing the prosecutors in a Wednesday tweet of "viciously telling witnesses to lie about facts" and comparing the probe to the McCarthy period, named for former  Sen. Joseph McCarthy (R-Wis.), who accused hundreds of Americans of being communists or communist sympathizers in the 1950s.