Voters were getting ready to approve progressive economic reforms in Michigan, but it didn't happen 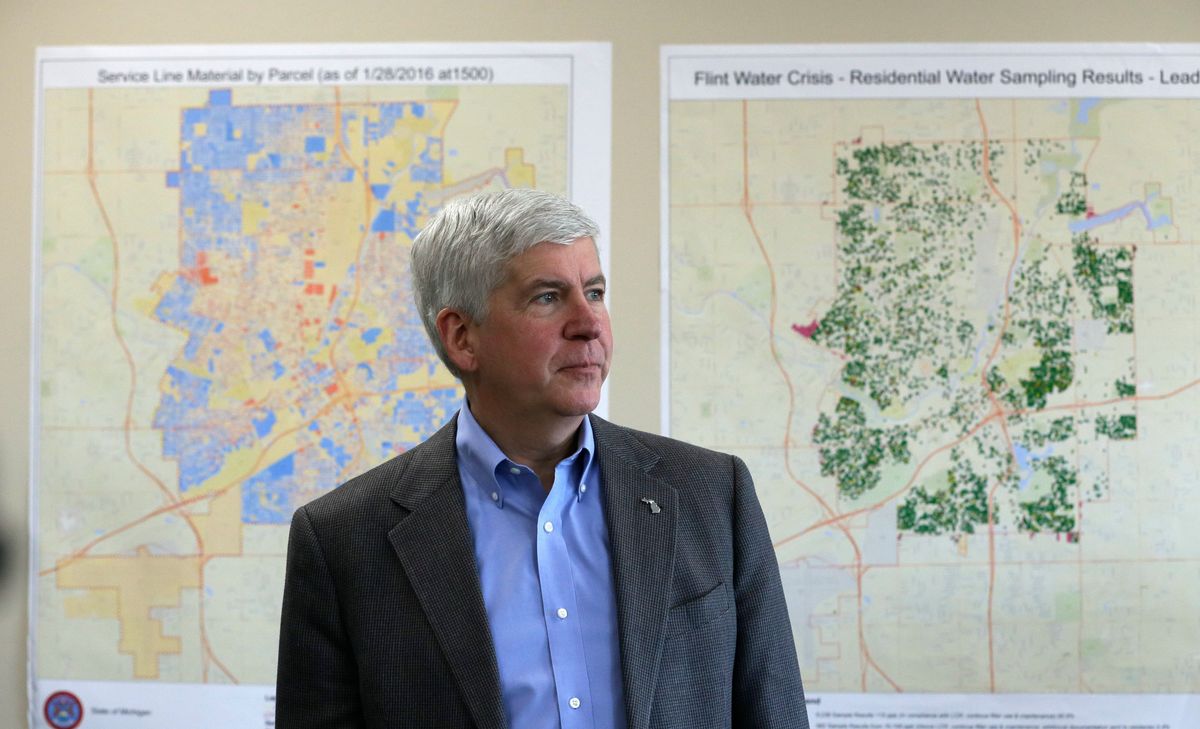 FILE--In this Feb. 18, 2016 file photo, Gov. Rick Snyder addresses the media in Flint, Mich. Michigan would have the toughest lead-testing rules in the nation and require the replacement of all underground lead service pipes in the state under a sweeping plan Gov. Rick Snyder and a team of water experts will unveil Friday, April 15, 2015 in the wake of Flint's water crisis. (AP Photo/Carlos Osorio) (AP)
--

Another large goal of progressive activists, however, was to establish a minimum wage increase and a right to paid sick leave. That did not turn out quite as well because of a dirty trick played by the GOP-controlled legislature.

Initially, voters were gathering signatures to put two measures on the ballot: Michigan One Fair Wage, which would raise the minimum wage to $12 an hour for both tipped and nontipped workers, and MI Time To Care, which would require employers to give workers 1 hour of paid sick leave for every 30 hours worked. Republicans in the legislature responded by passing these proposals outright two months before the election.

That might sound like a win for progressives, but, in fact, it wasn't. Had these laws passed as ballot measures, they would have required a 3/4 majority in both the state House and Senate to be amended or repealed. By preemptively passing these proposals as regular bills, Republicans took them off the ballot — and allowed themselves to significantly roll them back by a simple majority if they wished.

That is now happening.

On Wednesday, just weeks after the election, Republicans in the state Senate passed legislation that would gut both the minimum wage and paid sick leave laws before their enactment next year. Under the new, modified version, the minimum wage increase would be rolled out over 11 years instead of 3, and not apply to tipped workers (thus defeating the entire point of the slogan "One Fair Wage"). The new paid leave bill will also exempt businesses with less than 50 workers, increase the number of hours employees must work for each hour of paid leave to 40, and cut in half the minimum accrued hours per year from 72 to 36. If the state House passes it too, then Republicans can get it onto the desk of lame duck Gov. Rick Snyder before Whitmer takes office.

Senate Democrats are outraged, and One Fair Wage organizer Pete Vargas has called the maneuver "blatantly unconstitutional," and "just plain wrong." Republicans may even face court challenges over their attempt to circumvent the referendum process.

But regardless of how it turns out, the whole affair is yet another demonstration of how far Republicans will go to circumvent voters and get their way — even in the wake of an election that has thoroughly repudiated their agenda.