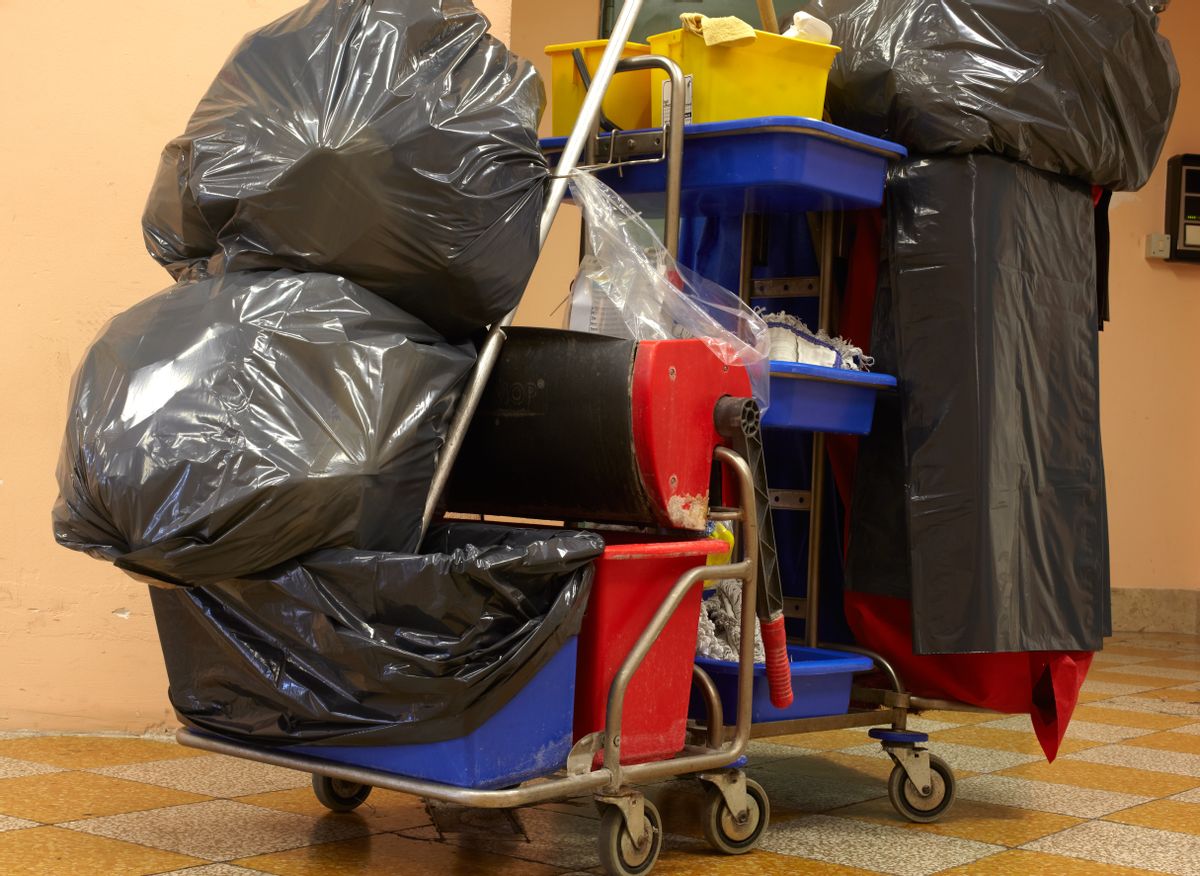 When Rosa Sanluis arrived in the United States, she earned $60 per week for a seemingly endless set of household tasks, working for a family in Texas. She worked from 5 a.m. until late at night, sometimes 3 a.m. on weekends, when her employers would go out and leave her to babysit. Like most domestic workers, Sanluis didn’t receive a written contract, uninterrupted breaks, sick leave, or overtime pay — because she wasn’t entitled to them under law.

“It is time — and past time — to fully correct the historical injustice that left a workforce largely made up of women of color shut out of the protections of core labor standards,” Rebecca Smith, Work Structures Director of the National Employment Law Project, tells In These Times.

Co-sponsored by Rep. Pramila Jayapal (D-WA) and Sen. Kamala Harris (D-CA), the legislation draws on the recommendations of domestic worker leaders as well as similar bills of rights for domestic workers that have been passed in eight states and in Seattle. “Domestic workers are shaping the future of our economy,” Jayapal tells In These Times in a statement. “Their strength, courage and power inspires us all as we fight together for workplace democracy.”

The legislation would include domestic workers in Civil Rights and Occupational Health and Safety Act protections, and require fair scheduling, meal and rest breaks, written contracts and protection from retaliation. It would also increase access to retirement benefits, paid sick leave, healthcare and training programs. Additionally, the bill seeks to facilitate collective bargaining by domestic workers and would establish a federal task force on domestic workers’ rights.

The bill offers special protections to live-in domestic workers, who were previously ineligible for overtime pay. These workers are especially likely to work long hours without breaks, and to report that their employers expect them to be constantly on call, even during scheduled time off.

“Absolutely [overtime pay] would have changed my life,” Sanluis says through an interpreter. “When you’re earning so little, your access to things is completely limited.” The bill would also guarantee live-in workers’ right to privacy and adequate notice in case of termination–a protection that’s especially important when losing a workplace also means losing a home.

Working in private homes, and largely excluded from Civil Rights Act sexual harassment protections, domestic workers are especially vulnerable to sexual abuse. In the wake of the #MeToo movement, these workers are demanding substantive workplace protections in the form of access to “panic buttons” — devices required by law in some cities that can be activated in case of sexual harassment or threats — along with research into federal policies to support domestic worker survivors.

Silvia Reyes, a nanny in New York who described being sexually harassed by her former employer, says, “It's not fair to feel insecure in your work, and to feel scared and feel alert all the time. It’s a horrible thing to have happen to you every single day, the whole day.”

The bill comes at a pivotal time for domestic workers and those who rely upon them. Women, traditionally the caretakers of children and the elderly, have entered the workforce in unprecedented numbers. And tThe American population is aging rapidly: Every eight seconds, a baby boomer turns 65. Women, including women with children, have entered the workforce in unprecedented numbers. “As people live longer, we have the opportunity to embrace an intergenerational future in America, where all of us are cared for at each stage of our lives,” says NDWA Executive Director Ai-jen Poo in an emailed statement.

“Quality care and workers' rights are inextricably linked,” says Nik Theodore, a University of Illinois at Chicago professor of urban planning and policy. When workers have economic security, he explains, they’re able to provide higher-quality care.

In response to the demand for their services, the number of domestic workers is growing. By 2030, caregiving is predicted to represent the largest segment of America’s workforce. And domestic workers are “some of the most vulnerable workers,” says Barnard College history professor Premilla Nadasen. Ninety-five percent are women and more than half are women of color. An estimated 45 percent are immigrants, according to the Pew Research Center, both documented and undocumented.

Like many workers who are employed in what’s considered “women’s work,” domestic laborers are chronically underpaid. According to a 2017 report from the NDWA, less than half of domestic workers are paid enough to adequately support a family, and 20 percent report that, in the last month, there have been times when they had been unable to afford food.

When the Fair Labor Standards Act and the National Labor Relations Act were enacted in the 1930s, both excluded domestic workers, leaving them without the minimum wage, overtime, and collective bargaining protections offered to other workers.

“Southern congressmen were fearful that granting black workers labor rights would disrupt the racial order of the South,” Nadasen says. “And Northern labor leaders representing industrial unions also never saw domestic workers as part of their constituency and did not advocate for their rights.”

In 1974, domestic workers finally won the federal minimum wage and other protections, but those protections still weren’t extended to casual workers like babysitters, or companions to the elderly. As Lizzy Ratner wrote in The Nation in 2009:

Because most domestic workers labor in environments with fewer than fifteen employees, they are also excluded from such key civil rights legislation as the Americans with Disabilities Act, the Age Discrimination in Employment Act and Title VII, which bars most kinds of employment discrimination. Add to this the difficulty of enforcing even the few protections that do exist — particularly for undocumented workers — and for many domestic workers it’s still 1934.

“We see the gaps that still exist,” says the NDWA’s Marzena Zukowska. “There are [domestic] workers who live in states that aren’t friendly to workers’ rights or immigrants’ rights,” like Texas, which has the third highest number of domestic workers in the country, about half of whom are undocumented or lacking work authorization. “For the first time in history, we have a chance to raise the bar for every domestic worker in our country,” says Poo.

For Sanluis — now an organizer with the Fuerza del Valle Workers Center — the success of prior bills is proof that federal legislation is achievable too. “Take a look at the bill, analyze it, be conscious of the fact that we are also human beings, and we deserve the same basic rights and protections as workers in other industries.”