Joy Behar after Kid Rock calls her a b*tch on "Fox & Friends": "Fox had to apologize for something"

“That should be your 20th anniversary gift: Fox having to apologize to you,” Meghan McCain added on "The View" 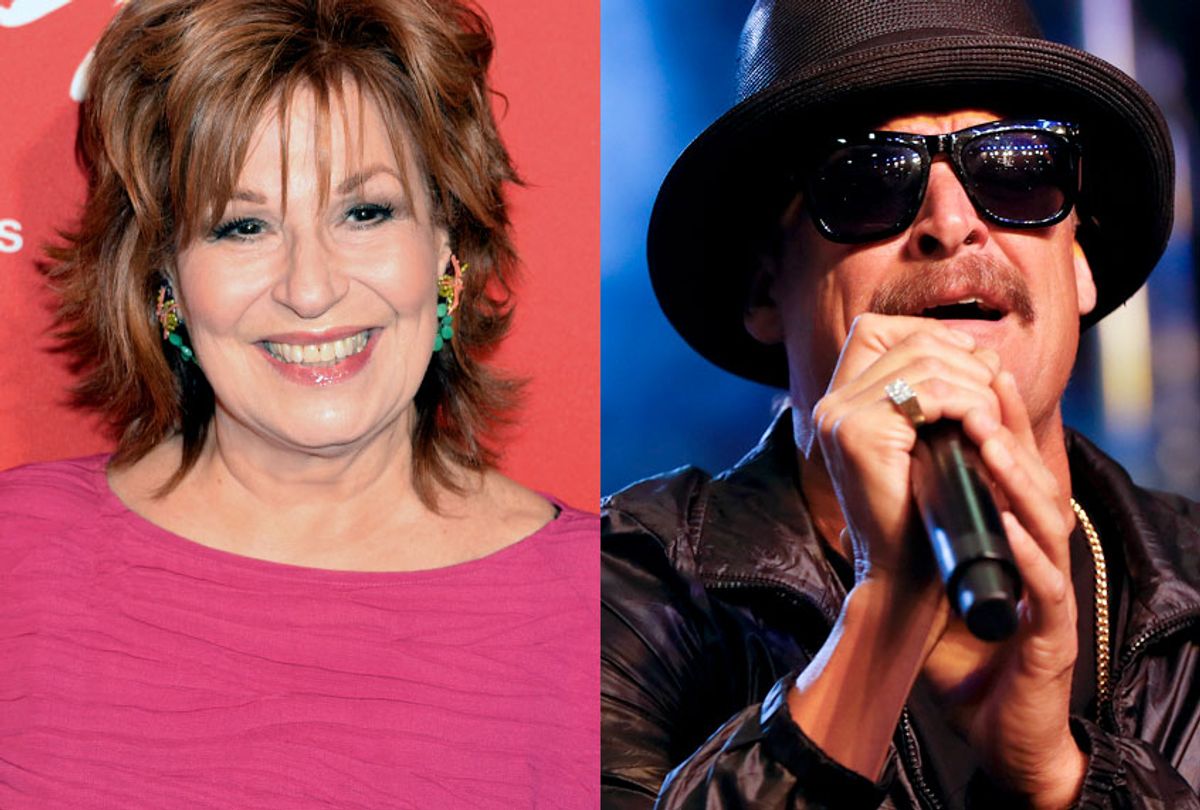 "The View"'s Joy Behar celebrated her birthday by gloating after "Fox & Friends" was forced to apologize on the air after Bob “Kid Rock” Ritchie called her a “b*tch” during a live broadcast of the show while calling for national unity.

“It’s so hard for people to get past that we can disagree and still be cordial with one another,” said the performer. “People need to calm down, get a little less politically correct, and I would say, you know, love everybody, except I’d say screw that Joy Behar b*tch.” The hosts of the show immediately apologized.

“You come for one of us, you came for all of us, Kid Rock,” retorted co-host Sunny Hostin.

“This b*tch and these b*tches will be happy to have you on the show and have a beer,” added Behar. “Come on down.”

“If he’s going to call you a b*tch, the least he can do is show up with Blue Label,” chimed in Ana Navarro. “If not, I don’t want anything.”

Even Meghan McCain, a reliable conservative voice on the show, said “Bob” was out of line. “I wish that he would practice as he preaches as we all should practice what we preach coming together because we’re ultimately Americans,” she said.

“You know what’s great? Fox had to apologize for something,” said Behar laughing.

“That should be your 20th anniversary gift: Fox having to apologize to you,” McCain added.