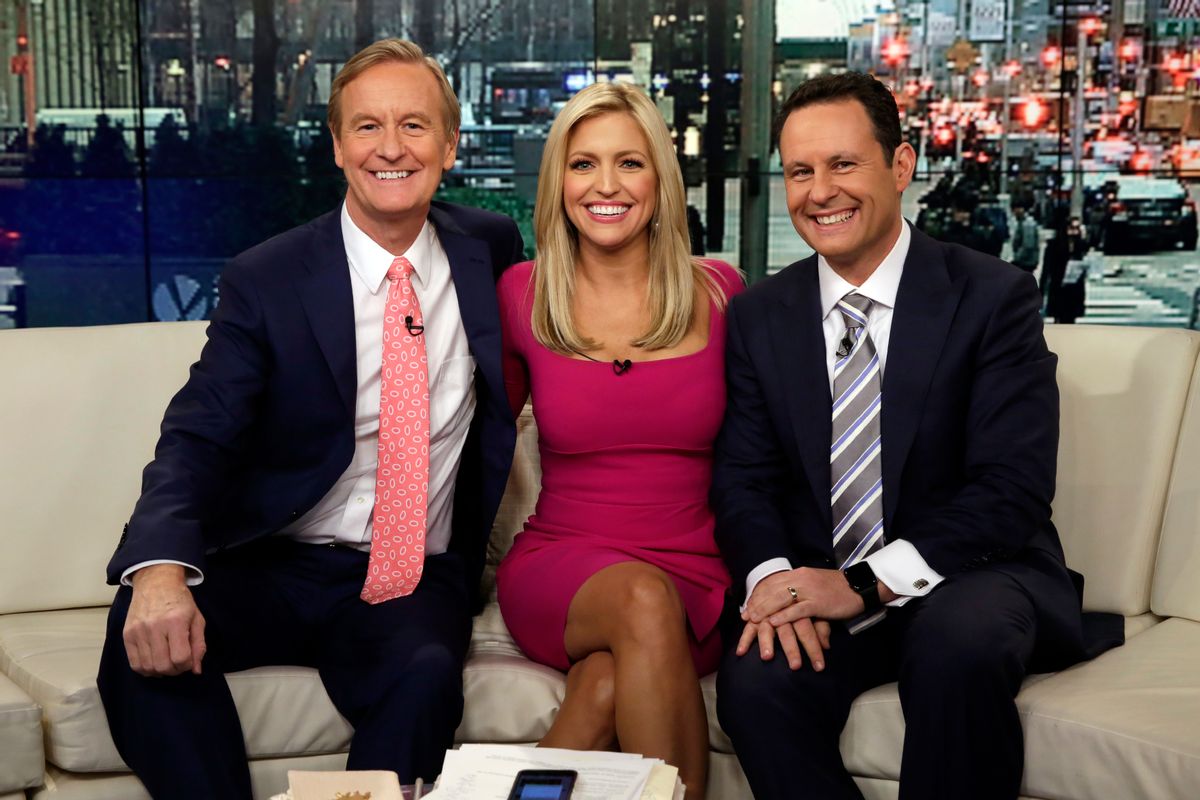 Grady Judd, the sheriff of Polk County, Florida, appeared on "Fox & Friends" Monday morning to discuss a local incident where at least five children were hospitalized after his office said a 12-year-old in 7th Grade handed out THC-infused gummies to his peers during gym class.

"They're 12 years old, and they devoured this bar of gummies," Judd said. "If this is truly medicine for the very sickest, why are we packaging it for children? Why are we calling it 'Green Hornet,' and it stung all of those kids really hard."

The gummies in question, which are sold online, come in a brick that is meant to be divided into 10 adult doses, according to Judd. However, six students consumed nearly the entire pack.

Authorities are unclear where the 12-year-old acquired the gummies containing THC, but they said he gave it out to six of his classmates on Thursday at Mulberry Middle School. The student in question now faces more than a half dozen felony charges for possessing and distributing marijuana.

The seventh-graders experienced stomach pain, dizziness and nausea, and one nearly fainted, Judd said last week. The student who passed them out reportedly did not eat the gummies.

"THC is addicting," co-host Brian Kilmeade said to Judd on Monday. "I know so many people, they say they were told one thing, and then they get addicted to it. And that's an addicting substance – there is a price to pay for pot."

"There absolutely is a price to pay for pot," Judd replied. "You know, I spent my entire adult life in law enforcement and a lot of it investigating traffickers of drugs, and it's not a minor, non-violent felony. It's ruining families and killing people every day across the United States, and we stand here in denial thinking that it's not a gateway drug to drugs that's killing people."

The sheriff told reporters during a Thursday news conference that all of the children who were affected would "make a great recovery" and that none suffered "long-term injury or illness."

"Yeah, you don't start on cocaine," co-host Ainsley Earhardt added on Monday. "You probably start with marijuana, and it leads to other things, right?"

"That's absolutely right," Judd said, claiming without offering supporting evidence, that America's methamphetamine problem was inextricably tied to marijuana. "And still today, we have a meth problem across this state and country. If someone's in possession of meth, you're in possession of marijuana, because it kind of cuts the edge of the meth. And then they use the marijuana and the meth, and they go out and kill themselves, or overdose or kill someone else."

While 10 states, as well as Washington D.C., have legalized the recreational use of marijuana, Florida is not one of them. Florida does allow medical marijuana with a prescription. However, in all of these jurisdictions, medical or recreational use is restricted to adults.

Authorities in Florida are still trying to figure out how the student got access to the gummies. It also is not clear if the student knew the gummies contained THC, "but authorities pointed out that ignorance is not a defense against a crime," the Washington Post reported. "The boy will be charged with one count of possession of marijuana resin and six counts of distribution of marijuana within 1,000 feet of a school — all felonies — as well as one misdemeanor count possession of paraphernalia, authorities said. When asked whether the other six children could also face charges, Judd said no, stating that 'the other kids have eaten the evidence, so to speak.'"