Abby Finkenauer didn't become a national media superstar. But her victory in Iowa might be even more important 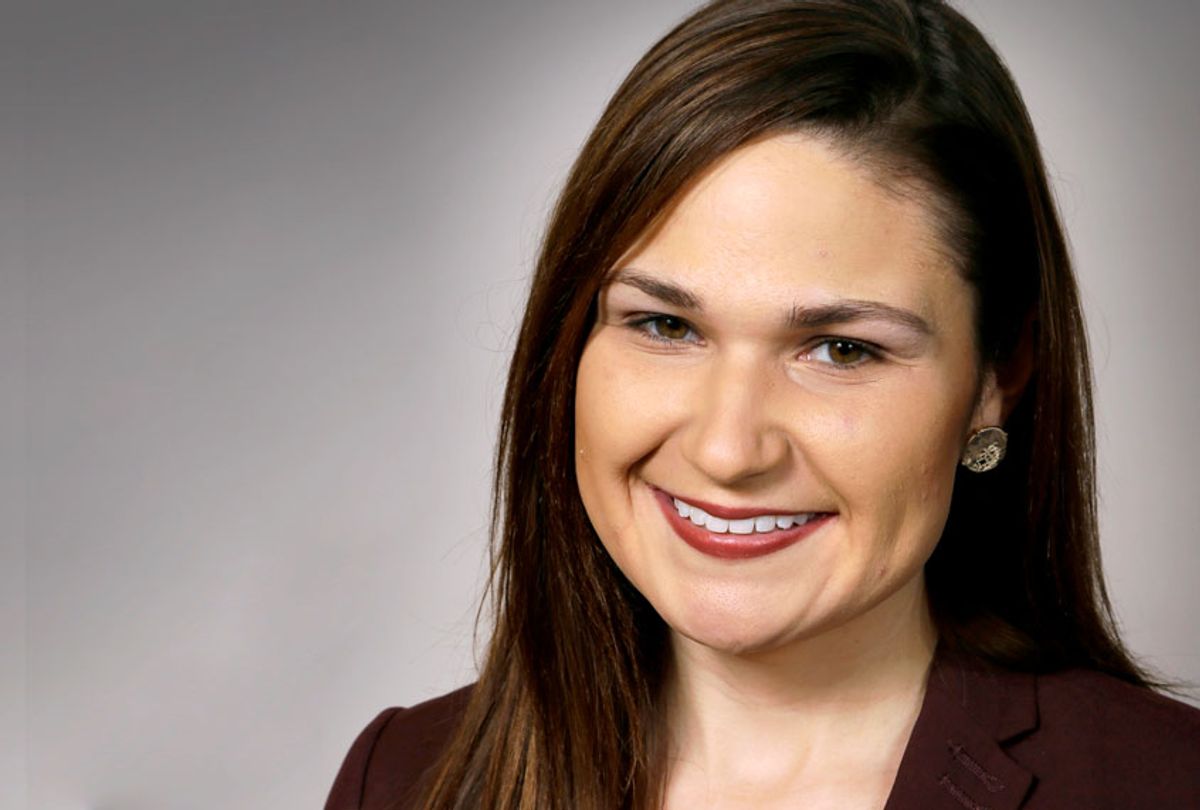 DUBUQUE, Iowa -- The view from Eagle Point Bluff in this river town spans into three states, across the Mississippi River that ran backwards in 1811 after the historic New Madrid earthquake.

At an election-night party at a brewery in Dubuque's Millwork District, 29-year-old Democrat Abby Finkenauer's historic congressional victory may not have reversed the river current, but her thumping of President Trump's anti-immigrant rallying cry in her district, and her unabashed pro-labor campaign will have lasting implications for politics in the state that will hold the nation's first presidential caucuses.

Finkenauer didn't just make history as the first woman and youngest member of Congress elected from Iowa. Her campaign might have laid out the most authentic roadmap for Democratic success in the heartland.

Her victory was clearly the most overlooked news story of the 2018 election: Despite Trump's barnstorming in her district on behalf of wealthy Tea Party Republican incumbent Rod Blum, Finkenauer, a former state representative, did not succumb to Trump power plays or centrist talking points in the manner of West Virginia Sen. Joe Manchin. Instead she embraced the financial realities of her own student loan debt and struggling hometown and the grit of her union pipe-fitter father and farmer sister. She campaigned for the heart of northeast Iowa's white working-class district by reclaiming liberal values for a new generation.

"Tonight we as Iowans made clear who we are," Finkenauer declared at her victory speech. "Tonight, Iowa rejected fear and division, and tonight, Iowa proved we step up for our neighbors."

Those neighbors include Mollie Tibbetts' family in her district, still mourning the death of the 20-year-old Iowan student allegedly murdered this summer by an undocumented immigrant and farm worker, a tragedy that Trump tried to turn into a huge campaign issue across the nation.

A supporter of DACA and a "pathway to citizenship for millions who have paid their taxes and contributed to society," Finkenauer did not sidestep the complexities of immigration, but overcame charges by right-wing outlets that she supported "sanctuary cities" by campaigning on immigration reform.

In fact, Dubuque, often cited as one of the "whitest" cities in the country and a burning ground of racial conflict, has been a bellwether of the changing demographics heightened by Trump's incendiary comments over the three years. Remnants of the Klan burned crosses in Dubuque when Finkenauer was a child.

Emerging as one of the Mississippi River's great revitalization projects, Dubuque now features a new generation of politicians focused on economic sustainability, inclusion and environmental protection.

Finkenauer's new role in Iowa, in fact, may finally dislodge the state's enduring embarrassment: Republican Rep. Steve King, frequently described (not without justification) as the most overtly racist member of Congress.

As a counter to the infamous King, who narrowly won re-election in a neighboring Iowa district despite widespread criticism of his offensive comments and support of white supremacists and Nazi-aligned organizations, Finkenauer presented an unaffected persona as embodying the true values of blue-collar Iowans, dedicated to fairness for all.

In defiance of Blum's anti-science mutterings and climate-change denial, Finkenauer campaigned among the district's farmers and river-town residents with an agenda of renewable energy and climate action, citing her role as a state legislator who took on the fossil fuel industry.

In terms of keystone campaign issues for Democrats, Finkenauer went for the bread-and-butter issues of health care and pro-labor wages, running ads that highlighted her father's work as a welder.

She reminded Democrats that unions -- and union wages -- remain the heart and soul of the party. "I grew up in a union household, and I understand how important good union jobs are to families across Eastern Iowa," Finkenauer wrote. "I will always fight to defend unions so that we can strengthen our families and our workers across the 1st district."

To be sure, Finkenauer is no Bernie Sanders acolyte, or a follower of legendary Iowa progressive Henry Wallace, having endorsed Hillary Clinton in her 2016 primary campaign. But Finkenauer made Sanders' health care vision her own as a Midwestern millennial.

"Health care is a human right, and extending access to quality and affordable care to every American must be a top priority in Congress," she said on the campaign trail. "It will certainly be one of mine, and I won’t be afraid to fight for universal health care – including a public option."

One of Finkenauer's first challenges in Washington will be whether she embraces a "Green New Deal" proposed by progressive Democrats as a way of combining infrastructure and climate action goals.

Earlier this summer, fresh from her primary victory over Rep. Joe Crowley, Rep.-elect Alexandria Ocasio-Cortez of New York -- the other 29-year-old woman on her way to Capitol Hill -- trolled President Trump on the "Late Show," telling Stephen Colbert, "I don’t think he knows how to deal with a girl from the Bronx.”

Trump probably doesn't know how to deal with a "girl" from Dubuque either.  He certainly didn't know to stop Abby Finkenauer.