Why public health experts are worried about 5G, the next generation of cell network 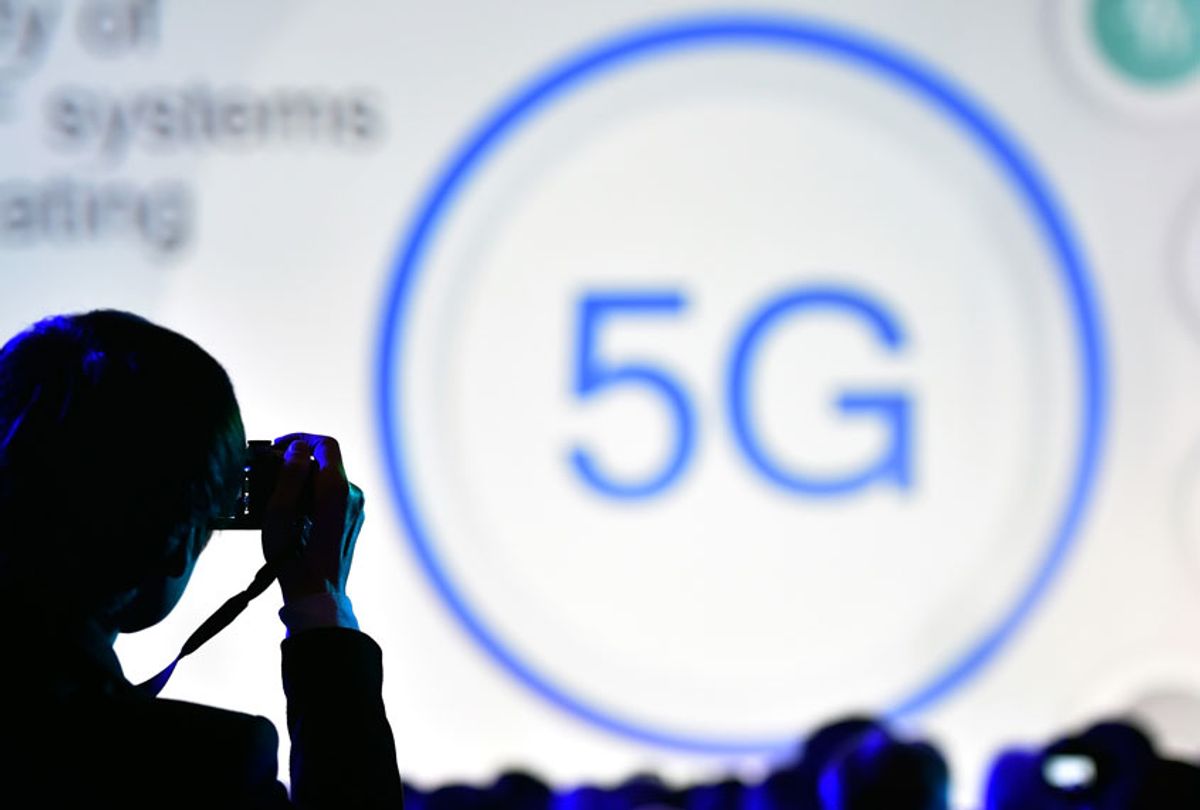 Mobile giant Samsung and telecom company Verizon made a joint announcement on Monday that was supposed to be unequivocally exciting news: the blazing-fast fifth generation wireless cellular network — known as 5G — is slated to be more accessible in the United States in the first half of next year.

Yet public health experts, professors, and watchdog groups are increasingly concerned about the untested aspects that this next-gen cell network requires — including more cell towers and a constant chorus of higher-energy photons streaming through human bodies and dwellings.

It's a bit of a David and Goliath battle, as Big Telecom's PR and marketing teams have been busy hyping the possibilities of 5G, while watchdog groups struggle to get funding for even meager studies into potential health effects.

“5G will usher in a new era of mobile connectivity, allowing people to connect to data, experiences and other people in ways never thought possible,” Brian Higgins, vice president of wireless device and product marketing at Verizon, said in a statement. “Together, Samsung and Verizon have made huge gains in bringing 5G commercial services to consumers in several cities. Now, we’re partnering to create a smartphone to put the power of 5G in the palm of your hand.”

According to CNET, the benefits of 5G extend beyond cellular technology. The networks will form the foundation of remote surgery, Internet of Things accessories, improved drone capabilities and more.

Meanwhile, some experts believe the effects of widespread use of mobile 5G need to be better-studied before 5G goes mainstream.

“Even though the radiation associated with 5G technologies hasn’t been investigated as extensively as that associated with current cell phone technologies, there is a substantial body of literature and evidence to indicate a significant impact of exposure on human health and development,” Dr. Jerry Phillips, a professor at the Department of Chemistry and Biochemistry at the University of Colorado, told Salon in an email. “Of concern here are not just the potential effects of 5G-associated radiation, but what might result from the combined impact of 5G-radiation with other sources of non-ionizing radiation in our environment. Certainly, a more careful and thorough assessment of the risks to human and environmental health are warranted.”

As 5G wireless becomes more popular, more towers to emit the signals will be built to supplement existing cell towers. This is because 5G needs a different hardware to deliver such signals. However, 5G requires far more of these towers than previous generations of networks — reportedly, as near as 500 feet apart in many neighborhoods — due to having a higher frequency that decays faster in the atmosphere. The close proximity of said towers is also a cause for concern, according to Sabine El Gemayel, the producer and director of watchdog group Generation Zapped.

“I’m very concerned about 5G because 5G’s infrastructure requires cell towers to be much closer to each other, thus creating an emitting grid of 24/7 wireless radiations near our homes,” she told Salon in an email. “Radio frequencies from wireless radiations have been classified a class 2b carcinogen by the World Health Organization (WHO). It is not only a concern because it’s hazardous to our health but it is also raises concerns about privacy and cyber security with IOT (Internet of Things).”

In 2011, WHO/International Agency for Research on Cancer (IARC) classified radiofrequency electromagnetic fields as “possibly carcinogenic to humans.” This classification, according to the original announcement, was based on “an increased risk for glioma, a malignant type of brain cancer, associated with wireless phone use.”

However, the Centers for Disease Control and Prevention states there is “no scientific evidence that provides a definite answer to that question.

“We don’t know for sure if RF radiation from cell phones can cause health problems years later,” the website states.

Some studies have found there is not an increased risk of cell phone usage with certain types of cancer, but other studies have shown cell phones are associated increase cancer rates. Vox has a helpful guide to the messy research on the subject and why it’s difficult to have a definitive conclusion, partly because many of the studies rely on observational data.

Some local cities are taking it upon themselves to keep 5G cell towers out of their communities. City council members of the city of Mill Valley in Northern California passed an ordinance in September to keep 5G transmitters from being deployed in residential areas. Meanwhile, the The Federal Communications Commission has made it easier for operators to deploy infrastructure.