Golden Globes nominee "Black Panther" could be on the fast-track to an Academy Awards night to remember, too 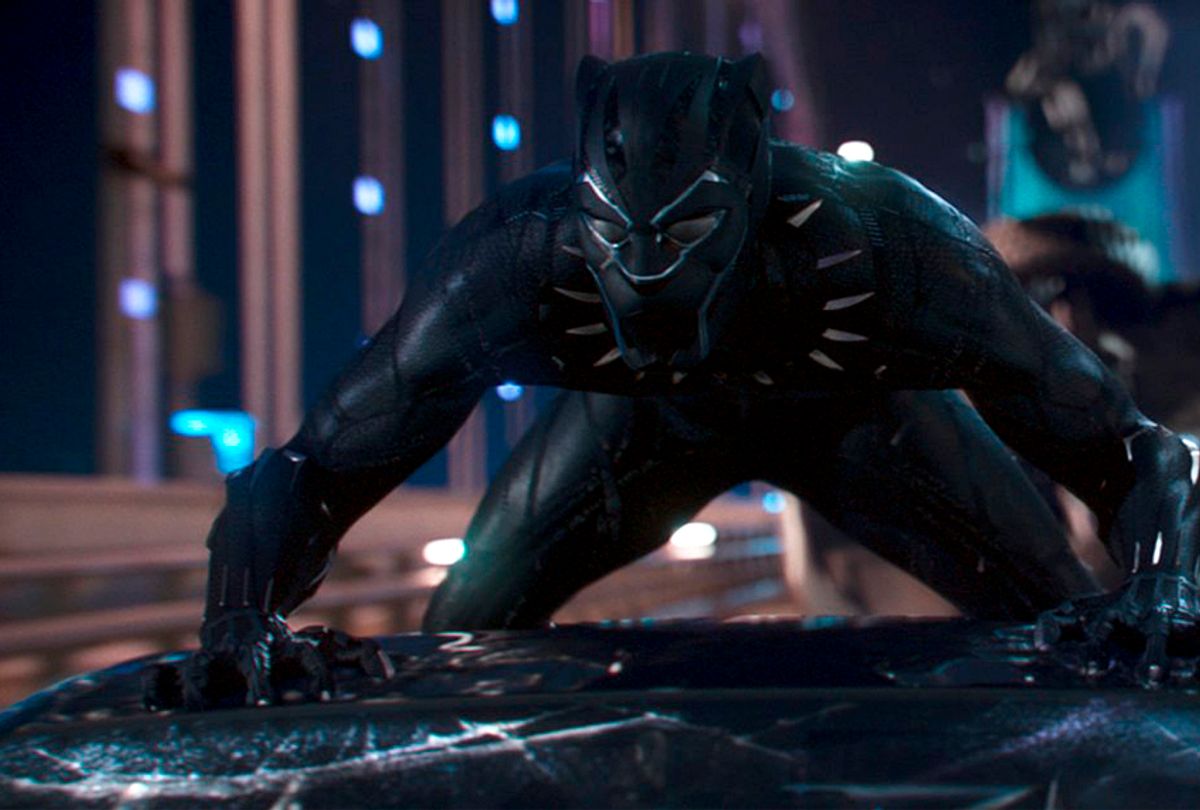 The 2019 Golden Globe nominations were announced Thursday morning, and one major outcome is that Marvel's "Black Panther" has been nominated for the coveted Best Picture — Drama category, a feat no other superhero movie has achieved. And it's in fine company: "Black Panther" will compete for the top honor next month alongside Spike Lee's "BlacKkKlansman," Barry Jenkins' "If Beale Street Could Talk," Bradley Cooper's "A Star is Born" and the popular Queen biopic "Bohemian Rhapsody."

Superhero films are often ignored by the major film awards, which have historically favored high-brow projects, even when they're not very good. But with the critical acclaim of "Black Panther" extending across the film's achievements, from the screenplay and direction to its performances and cinematography, many fans are hoping that Ryan Coogler's portrait of Wakanda and its heroes will upend the status quo. Building on his direction from "Fruitvale Station," Coogler expertly weaved in complex themes of race, class, gender, identity, and place, that to simply categorize "Black Panther" as a superhero flick feels like a flattened description of its profundity and nuance.

The Golden Globe nomination is an incredible and well-deserved accomplishment for "Black Panther," and some have predicted that it could be a sign of significant Oscar nominations, including Best Picture, especially with the expanded number of nominees now accepted in that category. It wouldn't be a surprise for a film that made history in both its box office numbers and for its predominantly black artistic team, in front of the camera as well as behind. "Black Panther" was also nominated for Golden Globes for Best Original Score (Ludwig Göransson) and for Best Original Song ("All the Stars," by Kendrick Lamar and SZA).

"Deadpool" was first live-action superhero film to be nominated in one of the Golden Globe's Best Picture categories in 2016 — Comedy/Musical — though it did not take home the statue. But "Black Panther" could have a shot at winning big at the 76th Golden Globes, which air on January 6 and are hosted by Sandra Oh — herself an acting nominee for "Killing Eve" — and "Brooklyn Nine-Nine" star Andy Samberg.

But don't cast the statue in Vibranium just yet. "Black Panther" faces stiff but exciting competition in a category dominated this year by films made by and starring black artists. Barry Jenkins, who won Best Picture at the Academy Awards for his film "Moonlight," has returned with "If Beale Street Could Talk," his adaptation of James Baldwin's 1970s novel about a black couple's love thwarted by a wrongful incarceration. Jenkins also picked up a nomination for Best Screenplay and Regina King is nominated for Best Actress in a Supporting Role in a Motion Picture. Not even commercially released yet, it too has garnered rave reviews for its portrayal of a story that feels deeply relevant now, more than 40 years after Baldwin's novel was first published.

While Spike Lee is a widely revered and acclaimed writer-director with an honorary Academy Award (2015) under his belt, none of his more recent films have garnered as wide of an audience and praise as "BlacKkKlansman." It's an adaptation of the true story of Ron Stallworth, the first black detective to work in the Colorado Police Department in the 1970s, who also managed to infiltrate the local Ku Klux Klan. Like Jenkins' film, in "BlacKkKlansman," Lee does an excellent job of connecting the '70s-era Klan with the current climate of racism, including the Trump administration and the alt-right movement, and the film's release coincided with the anniversary of the 2017 white nationalist rally in Charlottesville. Lee also shows how little has changed between then and now, with regard to police harassment and violence targeting black lives. Lee earned a Golden Globe nomination for Best Director for "BlacKkKlansman," as did star John David Washington and supporting actor Adam Driver.

The depth of the Golden Globe's Best Picture — Drama category is remarkable, and whether "Black Panther" wins next month or not, it's already won two crucial victories, demonstrating without reserve that comic book movies can transcend their genre and that films about rich, multidimensional black characters can be both commercially successful and appeal to a broad audience. (To be clear, anyone who's engaged with a diverse body of work has long known this, but studios have rarely provided the budget and backing for such wide-reaching, international success).

Coogler has already signed on for a "Black Panther" sequel, and it seems likely that the ambition and accomplishments of "Black Panther" will continue to ripple throughout the comics film universes, sparking further risk-taking and innovation. Should the Academy do the right thing and nominate "Black Panther" for Best Picture as well, who knows? That might even improve the award ceremony's own ratings, too.