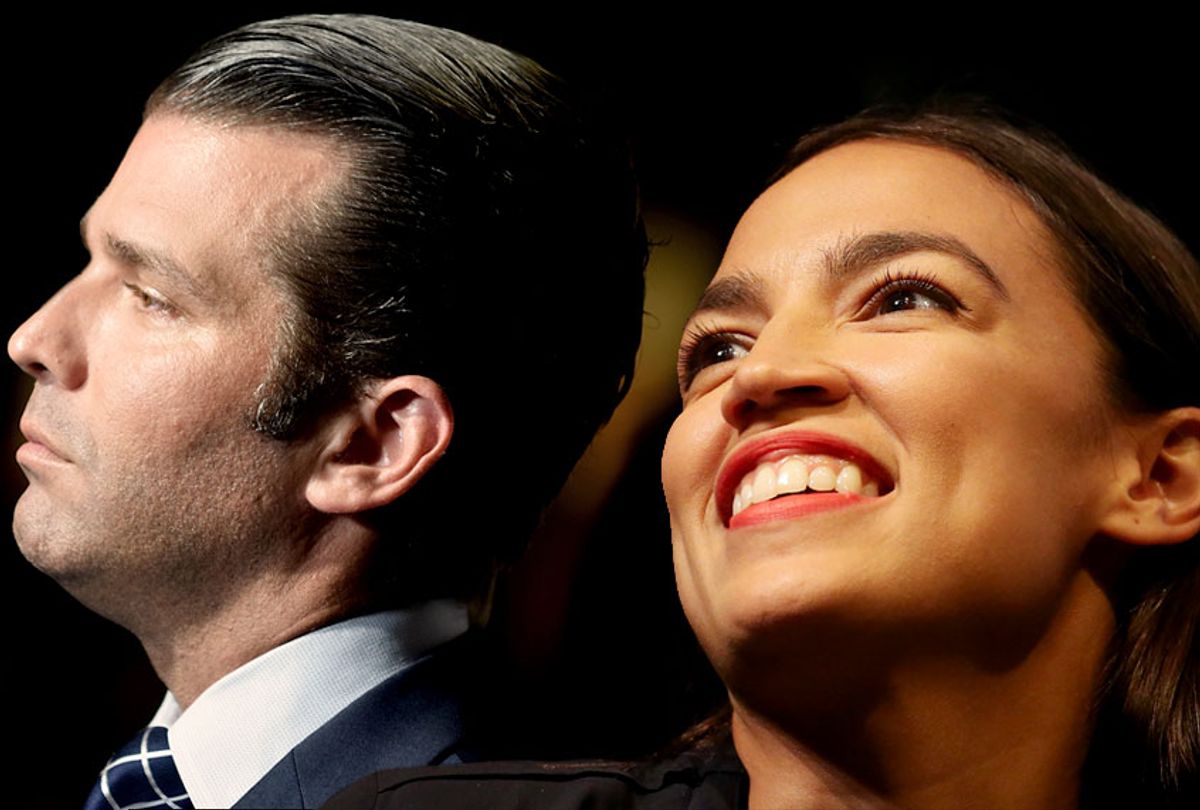 The photo pictures Ocasio-Cortez asking, “Why are you so afraid of a socialist economy?” with President Trump responding, saying “Because Americans want to walk their dogs, not eat them.”

While more than 65,000 have liked the photo, which is captioned “It’s funny cuz it’s true!!!” the majority of comments are negative, questioning what the meme even means, and calling out how problematic it is that the son of the president is posting such content.

“It’s funny how threatened and terrified they all are of this young woman…..” one user wrote.

No stranger to offensive meme-posting, Don Jr. also has taken aim at Sen. Elizabeth Warren,  D-Mass., for her claims of Native American ancestry and used a popular Nike campaign to poke fun of Sen. Bernie Sanders’ political points. He has called liberalism a disease in response to a Rudolph the Red-Nosed Reindeer video and accused Teen Vogue of “brainwashing our kids,” but this latest outburst is, as Ocasio-Cortez called it, is “nonsense.”

“I have noticed that Junior here has a habit of posting nonsense about me whenever the Mueller investigation heats up,” she tweeted. “Please, keep it coming Jr - it’s definitely a “very, very large brain” idea to troll a member of a body that will have subpoena power in a month. Have fun!”