How technology makes us obsess over self-care

It's not a coincidence: The rise in screen time in our lives runs parallel to a craving to indulge in self-care 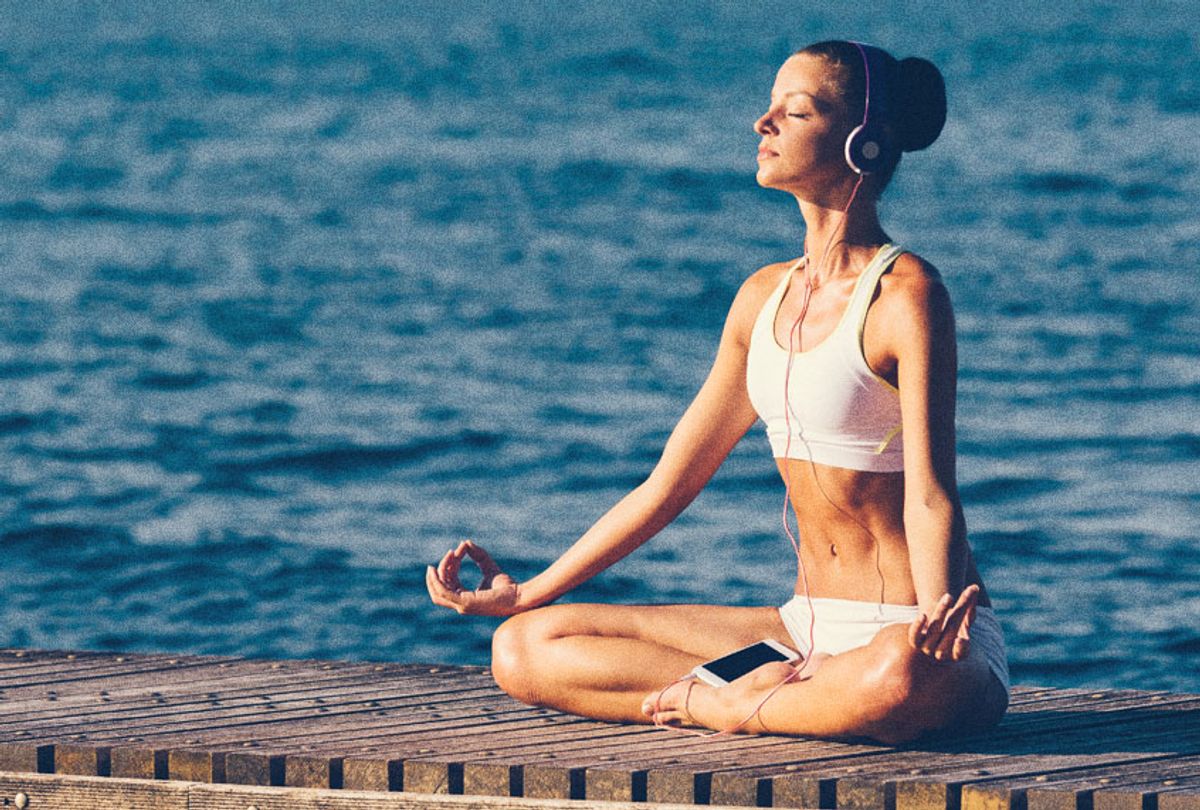 A “top-rated” yoga mat. A “smart” selfie stick. Essential oils. Voice-activated LED light bulbs. A Tibetan Singing Bowl. Google Home. Browse any gift guide this year and you’ll notice a theme: most gifts are either an electronic device with a screen, or a product that will soothe you from the perils of everyday, techno-obsessed life. This is not a coincidence, as the rise in screen time in our lives runs parallel to a craving to indulge in self-care. Yes, there are other reasons to be anxious these days, but the overwhelming presence of technology in our lives is partly to blame.

I began thinking about this when I noticed my own reliance on Google’s “Smart Replies” feature, which uses artificial intelligence to suggest email responses, and remarkably works quite well. I admired the convenience; still, I wondered, how do I really benefit from letting Google to write my email responses? For the unfamiliar, Smart Replies often suggests short messages like “Will do!” ‘Thanks!” and “Yes, I’d love to!” Not always representative of my personal style and voice, but the feature saves me a few minutes from having to really think about a reply — so I can (presumably) think about or do something else. Rarely do I use those extra minutes to just sit and enjoy myself; rather, I use them to accomplish something else. This is my typical behavior for technology: they save us time, yet make us do more work as a result. Employers know this too: computerization and other technological innovations in the workplace meant that employee productivity rose 77% from 1973 to 2017, while compensation only rose 12.4%. Clearly, the productivity gains of technology are going right back towards employer's pockets.

This behavior clearly contradicts the point of mindfulness, and what we hope to achieve when we participate in self-care activities — namely, to be present, de-stress and enjoy the task at hand without being distracted. Decades ago, responding to a letter required you to find your local post office, go there, write the reply, put a stamp on an envelope, and send it off. Today, society says that isn’t worth our time. Google can do it for us. Just like Siri scours the Internet to save us a few precious minutes, or Instacart does our grocery shopping. Silicon Valley is full of time-saving app ideas, which have supposedly revolutionized our lives. And yet, though the Western world has never been more connected than it is today, many of us are plugged in from the minute we wake until the minute we go to sleep. Our schedules and days often resemble a game of Tetris, squeezing tasks into whatever free space is available (thanks to technology giving us more time) at the expense of our health.

Various studies have found that stress levels are rising in America, and around the world, yet we're more connected than ever. Last year, a survey by the American Psychological Association (APA) stated that nearly eight in 10 Americans are attached to their mobile devices and electronic gadget on a typical day. Stress runs higher for “constant checkers,” a term mental health professionals now use to describe those who constantly check their emails, texts or social media accounts. Forty-percent of constant checkers surveyed said they find political and cultural discussions on social media stressful. Nearly half of this group also said they feel disconnected from their family, when they are physically together, because of technology. Technology was even cited as a reason why people are less likely to meet in person. To top it off, Millennials — who report being the most comfortable with technology — also report having the highest levels of stress because of it. Stress is not an innocent fleeting feeling; it can be a chronic state, and chronic stress is linked to many common causes of death such as heart disease and cancer.

The internet as we know it today gives us access to so much information, it presents us with what is known as "excessive choice" — the sense of unlimited items and experiences to choose from. As psychologist Barry Schwartz explains, excessive choice “can make you question the decisions you make before you even make them, it can set you up for unrealistically high expectations, and it can make you blame yourself for any and all failures.” Excessive choice, he argues, can lead to clinical depression.

Ironically, the whole principal behind the idea of technology is to make our lives easier and better. During the first Industrial Revolution, technology mechanized labor production, reducing manual labor. The second Industrial Revolution led to mass production. The third caused the digital revolution as we know it today. The fourth, which we’re on the brink of, “is characterized by a fusion of technologies that is blurring the lines between the physical, digital, and biological spheres,” according to economist Klaus Schwab, the Founder of and Executive Chairman of the World Economic Forum.

The first three revolutions led to economic and moral progress for the world. As we enter the Fourth Revolution, which means more technology, automation, and artificial intelligence, will that still be true? Schwab says yes and no:  “Discontent can also be fueled by the pervasiveness of digital technologies and the dynamics of information sharing typified by social media," he said. "More than 30 percent of the global population now uses social media platforms to connect, learn, and share information. In an ideal world, these interactions would provide an opportunity for cross-cultural understanding and cohesion. However, they can also create and propagate unrealistic expectations as to what constitutes success for an individual or a group, as well as offer opportunities for extreme ideas and ideologies to spread.” Global inequality is also likely to widen, as unequal distribution and design of technology means not all boats rise equally.

I believe many of us have a deep-seated fear of what the future looks like. Our bodies are already telling us it’s too much — hence the rise in self-care and mindfulness. Browse any list of "self-care" activities, and you won't come across "spend hours on Google." Self-care is now a $10 billion industry, partly because the tech industry has exploited these two obsessions by bringing the two together and developing "mindfulness apps." But can technology really be mindful?

In the aforementioned APA study, 65 percent of Americans surveyed agreed that “unplugging” is important for their mental health, but only 28 percent of those people actually reported doing so. It’s hard to disconnect in a world where everyone is connected.

The answer is not to disable the internet and go live in a cave. I don’t know what the answer is, that is for us all to figure out, but perhaps a good place to start is gifting our loved ones a present that will ease their stress — meaning something that doesn’t have a plug or a screen. We’ve had enough screen time this year.