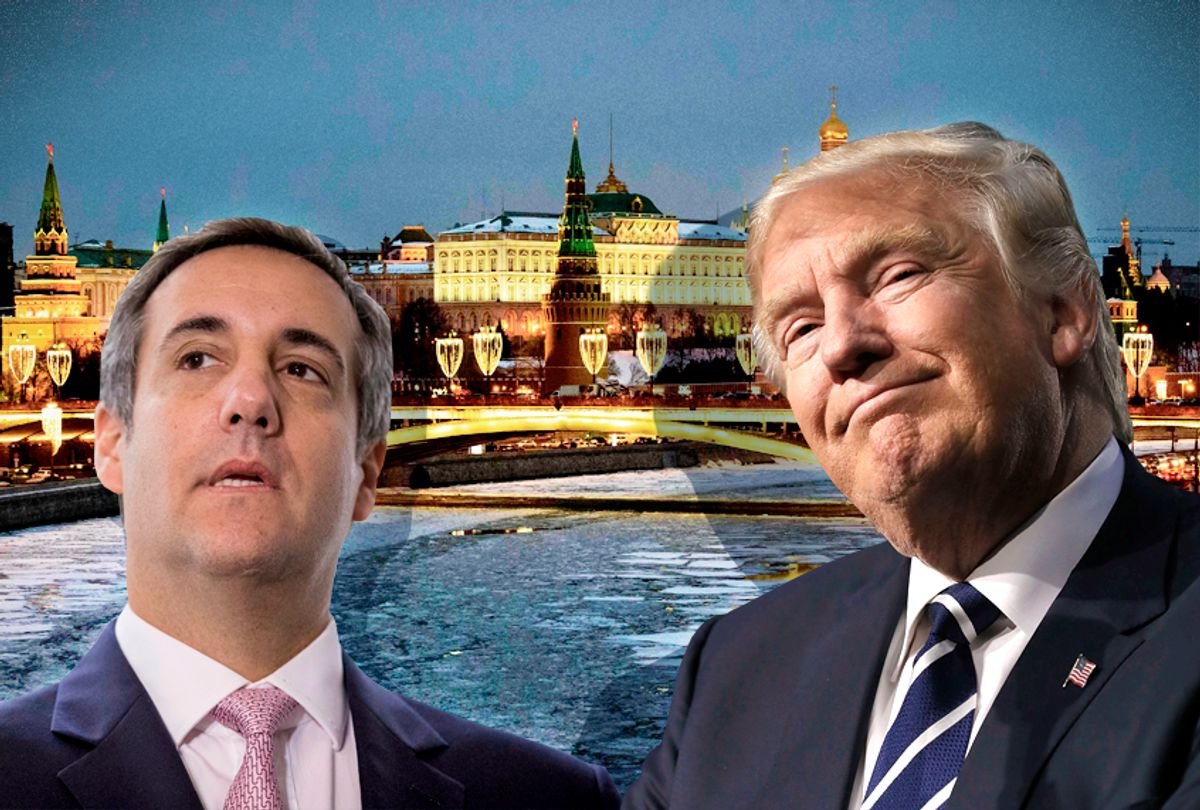 In a pair of separate sentencing memos filed just before 5 p.m. Eastern time on Friday, prosecutors from special counsel Robert Mueller's office and the southern district of New York detailed how Michael Cohen, Donald Trump’s former longtime lawyer, has “repeatedly used his power and influence for deceptive ends,” displayed “an extensive course of criminal conduct" and has since “cooperated with the Russia probe.”

New York federal prosecutors requested that the court impose "a substantial term of imprisonment" on Cohen, saying his crimes "were more serious than his submission allows and were marked by a pattern of deception that permeated his professional life." They cited sentencing guidelines of 51 to 63 months in prison and noted that Cohen pleaded guilty to lying to Congress about an aborted proposal to build a Trump Tower development in Moscow and eight other criminal counts, including excessive campaign contributions, unlawful corporate contributions, making false statements to a financial institution and tax fraud.

Cohen, prosecutors noted, eventually admitted that he made payments to various women to stay quiet before the 2016 election and that he "acted in coordination with and at the direction of" a person described as "Individual-1," whose identity is not a mystery:

On approximately June 16, 2015, Individual-1, for whom Cohen worked at the time, began an ultimately successful campaign for President of the United States. Cohen had no formal title with the campaign, but had a campaign email address, and, at various times advised the campaign, including on matters of interest to the press. Cohen also made media appearances as a surrogate and supporter of Individual-1. During the campaign, Cohen played a central role in two similar schemes to purchase the rights to stories – each from women who claimed to have had an affair with Individual-1 – so as to suppress the stories and thereby prevent them from influencing the election. With respect to both payments, Cohen acted with the intent to influence the 2016 presidential election. Cohen coordinated his actions with one or more members of the campaign, including through meetings and phone calls, about the fact, nature, and timing of the payments.

On April 5 of this year, President Trump was asked if he knew about the payment Cohen made to Stormy Daniels.

Prosecutors appear to believe the president directed and coordinated these felonious payments.

Federal prosecutors also noted that Cohen has been helping the Russia investigation, although he apparently lied to the special counsel's office in their first meeting. They did not recommend any leniency in sentencing. "While Cohen — as his own submissions made clear — already enjoyed a privileged life, his desire for even greater wealth and influence precipitated an extensive course of criminal conduct," the memo states.

"Cohen did not need to commit the crimes that he did, yet he committed them for personal gain," the memo continued. "He was motivated in part by greed and the desire to live an opulent and lavish lifestyle. And for all of Cohen’s outward rectitude, he has lived a double life, which weighs heavily against a variance."

Prosecutors asked for a "substantial term of imprisonment" for Cohen as a deterrent to others. While they note that Cohen provided valuable info to Mueller's, they also say he refused to enter into an official cooperation agreement.

A shorter memo issued by Mueller's office was less harsh on the question of Cohen's sentencing but provided many more clues about the Russia probe.

It has previously been reported that Cohen admitted that discussions about the Moscow Trump Tower project had continued until June 2016, only five months before the general election. On Nov. 29, Cohen pleaded guilty to a charge brought by the special counsel’s office that he lied to Congress about the deal.

Mueller's memo shows that Cohen tried to downplay the full extent of this project. In one potentially explosive detail, the sentencing memo notes that Cohen was actually contacted by a Russian national seeking “political synergy” with the Trump campaign, and offering a meeting with Russian President Vladimir Putin.