Shelley brought a new emotional honesty to the genre, and articulated queer desire at a time when it was taboo 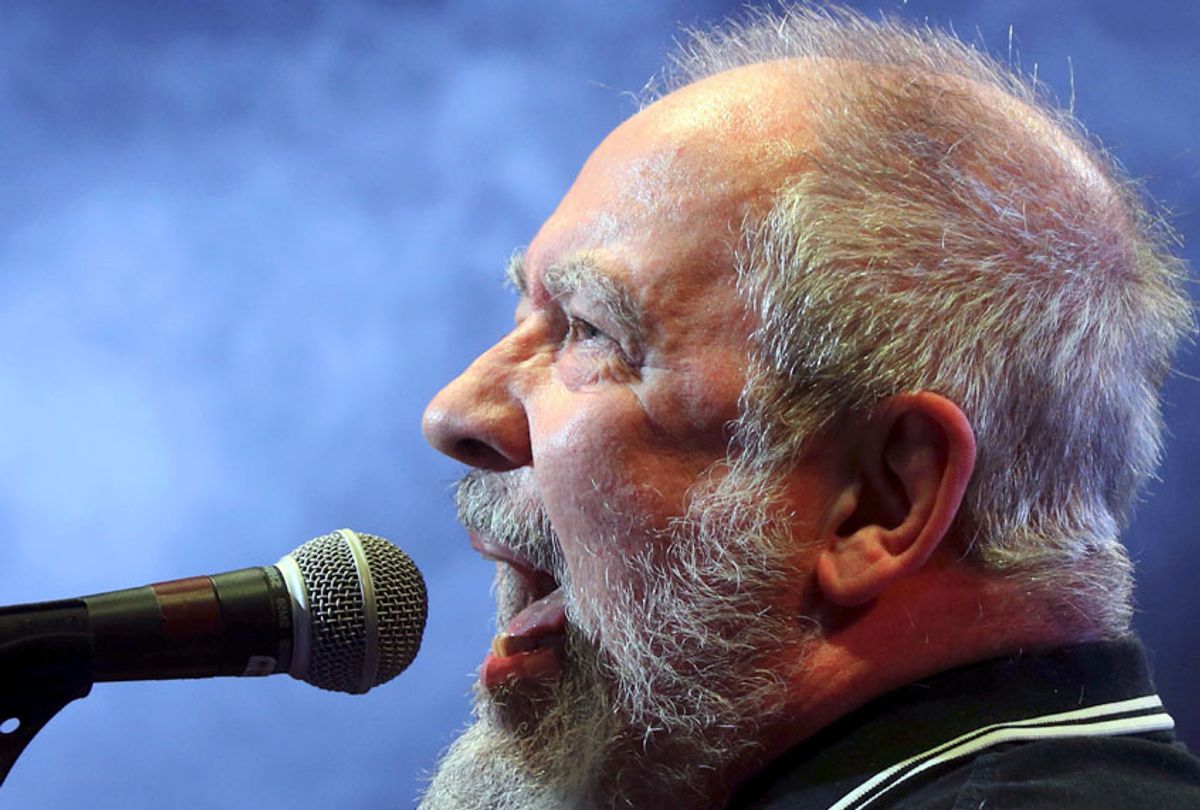 Spill a drink and smash the glass for the late, great Pete Shelley of the Buzzcocks, one of the most humane, compassionate, emotionally raw songwriters punk rock ever coughed up, not to mention the funniest. He twisted all the gender codes of rock & roll, casually shrugging off the masculine clichés punk inherited, pouring his heart out into three-minute vignettes. “Ever Fallen In Love,” “Get on Our Own,” “What Do I Get?,” “I Don’t Know What to Do With My Life” — these songs were emotionally urgent enough to make his peers sound like drooling cartoons. Pete Shelley had his own virtuoso collection of yelps and sighs and moans — his signature power move was his “aaaoooooow” to cue a chorus or guitar solo. He did for lovesick whimpers what Hendrix did for feedback. This guy always knew how to turn doomed romantic misery into a grand laugh.

The Buzzcocks banged out three albums from 1977 to 1979 — "Another Music in Another Kitchen, Love Bites, A Different Kind of Tension" — and one of the most flawless greatest-hits records ever, "Singles Going Steady." The Manchester foursome invented a new style of super-frantic high-speed rhythm-guitar crunch combined with McCartney-struck melodies. His tunes were so candid and plainspoken about awkward sexual/spiritual frustration, yet cheerfully self-mocking. When the Buzzcocks played "Top of the Pops," he stared into the camera with a sullen pout, reveling in how uncool he looked. You can also hear the queer desire he articulated in songs like “Orgasm Addict,” at a time when it was utterly taboo. He picked his stage name because “Shelley” was what his parents planned to name him if he’d been a girl — a bold move in itself.

The 1978 U.K. hit “Ever Fallen In Love” is his most famous song, as it deserves to be. It sums up everything the Buzzcocks had to say, right down to the sly quiver in his voice as he sneers the question: “Ever fallen in love with someone you shouldn’t have fallen in love with?” Shelley sounded like he was warning my teenage self about all the heartbreak ahead — accurately, as it turned out. But there’s so much humor and exuberance in the music, he made the heartbreak sound like part of the adventure, assuring me I’d be a fool to let myself miss out on it. In his songs, he’s always walking home alone, kicking himself for getting his hopes up, consoling himself that he’s learned his lesson (he hasn’t) and next time will be easier (it won’t be).

Born in 1955, Shelley learned guitar by playing Beatle songs, then dabbled in electronic psychedelia, eventually starting a band at the Bolton Institute of Technology with fellow student Howard DeVoto. Shelley and DeVoto read the first Sex Pistols review in NME, then road-tripped down to London to witness a show for themselves. They lured the Pistols to Manchester — their first gig outside London. This show has been mythologized over the years because countless future Manchester legends were in the crowd — from Morrissey to Joy Division to the dude from Simply Red. The next time the Pistols played Manchester, the Buzzcocks bluffed their way into opening for them — despite the fact that they’d never played a gig before.

Realizing that the London punk buzz was never going to score them a record deal in Manchester, they released their classic DIY debut EP "Spiral Scratch" on their own label New Hormones, with the anthem “Boredom.” Three weeks after it came out, DeVoto quit, announcing, “I don’t like music. I don’t like movements.” (He started his own great band, the artier Magazine.) Shelley took over lead vocals and the Buzzcocks promptly began a barrage of perfect pop-punk singles, from the desperate sex yodels of “Get on Our Own” to the despair of “I Don’t Mind.” “Orgasm Addict” starts out sounding like a novelty shocker about masturbation, until it takes an explicitly gay turn at the end: “You’re asking in an alley and your voice ain’t steady/The sex mechanic’s rough, you’re more than ready.” Not even the punks were quite prepared for this.

As Shelley told Tony Wilson in a 1978 episode of "So It Goes", “Sometimes you can be frustrated by actually wanting to say something, but not knowing quite the right words or have the right abilities to to able to do it.” That frustration was Shelley’s specialty. It bloomed on "A Different Kind of Tension," the final album of the Buzzcocks’ initial run, in the desolate seven-minute “I Believe,” with Shelley wailing the line “There is no love in this world anymooo-aaah,” over the primal power of guitarist Steve Diggle, bassist Steve Garvey and teenage drum stud John Maher.

The Buzzcocks fell apart, but Shelley had a solo bombshell ready to go: his 1981 synth-pop single “Homosapien,” moving way beyond punk into a Eurodisco Bowie-tripping ode to queer cruising. Nothing coy about this song, not with Shelley sneering, “Homo superior in my interior.” It was an MTV smash, and it wasn’t until I saw the video that I caught what he was singing about — bluntly enough for a clueless American suburban kid to follow — and realized a rock star was looking into my eyes and singing about lusting after a man: “I’m the cruiser, you’re the loser, me and you, sir.” “Homosapien” was years ahead of its time — but then, Pete Shelley always was.

At the end of the Eighties, he reunited the Buzzcocks and carried on playing great shows as if nothing had happened. Shelley lived long enough to see his music spawn countless bands all over the world, from the Go-Gos and Nirvana to Green Day and Blink-182. He also lived long enough to see “Everybody’s Happy Nowadays” used in TV ads for the AARP. In the summer of 2017, playing New York’s Webster Hall with the So So Glos, the Buzzcocks were as furious and funny as ever, kicking off with “Fast Cars” and never slowing down.

The Buzzcocks song that hits hardest for me is one that never became a hit: “ESP,” a deep cut from their "1978 Love Bites." Shelley chants about mind-reading — “Do you believe in ESP?/I do and I’m trying to get through to you” — over a mesmerizing guitar loop that builds for five minutes. It’s a song about the hidden coded rituals of cruising, a song about masculine emotional dysfunction, a song about a lonely kid yearning for some kind of human contact with a fellow homo sapiens. Unlike their pop singles, it’s not a tight verse/chorus/verse construction — all four Buzzcocks stretch out on the groove, revealing the clandestine German art-rock influence hidden in Shelley’s closet. (He was reared on Can and Tangerine Dream.) The guitar feels like Morse-code signals bleeped out into the void, in case any kindred spirits are tuning in. Pete Shelley made so many of us feel like kindred spirits, which is why he is mourned and celebrated today.