"Who Is America?" has landed Cohen a Golden Globes nomination for best actor in a TV comedy or musical category 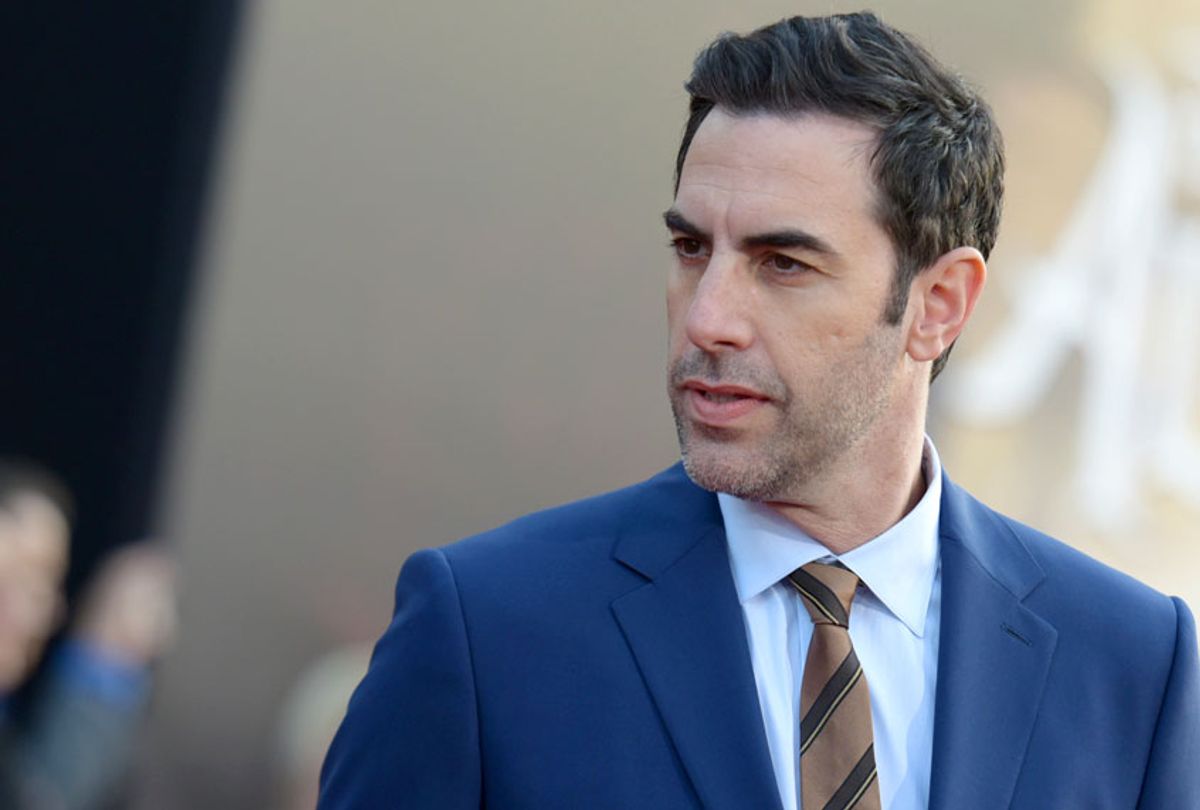 Sacha Baron Cohen isn’t letting Sarah Palin out of his sights. The comedian was one of the big surprises of the 2019 Golden Globe nominations, earning a spot in the Best Performance by an Actor in a TV Series Musical or Comedy category for his work on “Who Is America?,” and he used his official reaction to ask Palin to accompany him as a date to the awards ceremony.

“I appreciate the Hollywood Foreign Press for recognizing me, which luckily is something that none of the guests on the show did,” Cohen said. “This is such a special honour for me as the HFPA are always among the first to really appreciate my ever evolving humour. I am humbled to be recognised among such a wonderful group of nominees, all of whom I admire.”

Cohen continued, “This show was a labour of love for over two years. It is a shame they overlooked the amazing performances by the rest of the cast, particularly Dick Cheney and Roy Moore. Meanwhile Ms. Palin, despite being cut from the show, I hope you will accept my invitation to be my date for the ceremony.”

Prior to the July 15 “Who Is America?” series premiere on Showtime, Palin came forward to accuse Cohen of tricking her into appearing on the series by pretending to be a war veteran. The former Vice President nominee said Cohen “had heavily disguised himself as a disabled US Veteran, fake wheelchair and all.” Palin called for Cohen and Showtime to donate profits from the show to veteran charities.

“The disrespect of our U.S. military and middle-class Americans via Cohen’s foreign commentaries under the guise of interview questions was perverse,” Palin said at the time.

Palin’s appearance on “What Is America?” was eventually cut. The show, created by Cohen, starred the comedian as various alter egos who set out across the USA to interview everyday Americans and politicians. Following Palin’s accusation, Showtime announced Cohen was not pretending to be a war veteran during his interview with Palin. Instead, Cohen was undercover as a character named Billy Wayne Ruddick Jr., Ph.D., a conspiracy theorist who uses a motor scooter to conserve his energy.

“Who Is America?” wrapped up its run in August and Showtime has not announced a second season. Cohen’s Golden Globe recognition is the sole nomination for the series at the awards ceremony. The actor won an acting Golden Globe in 2007 for “Borat.” The 2018 Golden Globes air Sunday, January 6 on NBC.