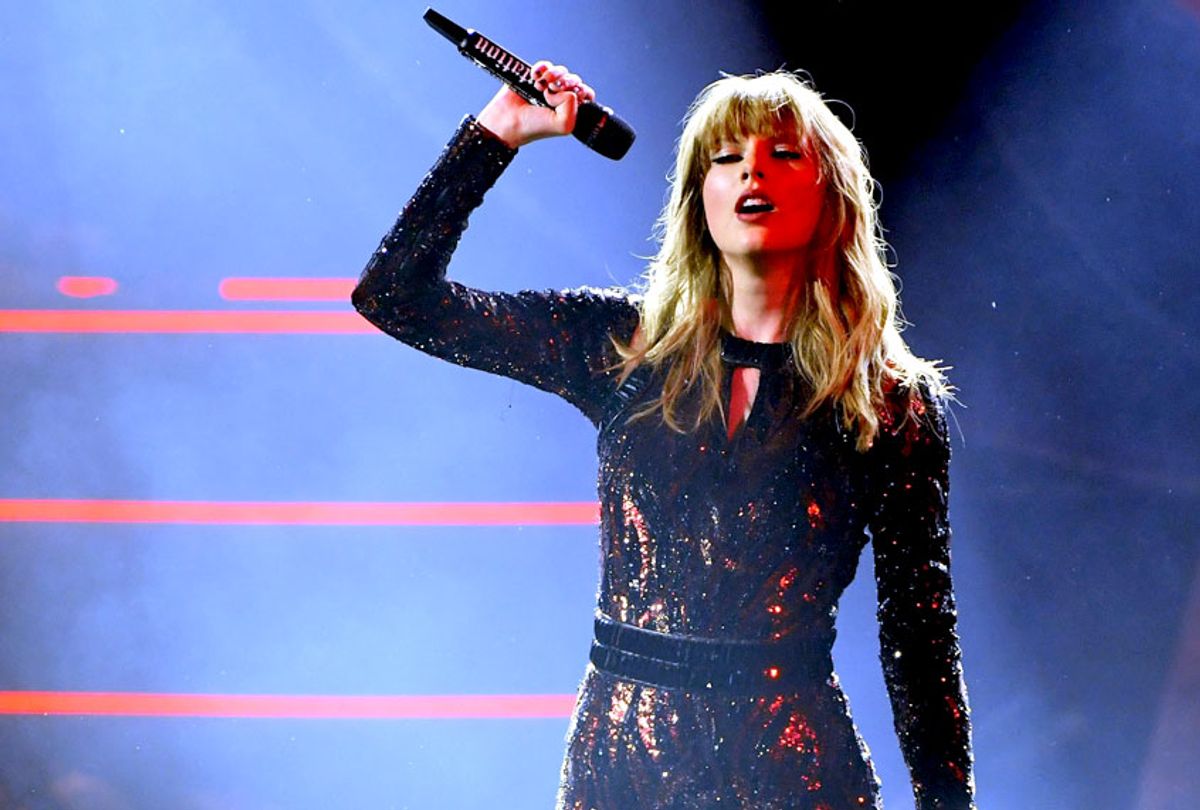 Here lies Taylor Swift’s reputation — or at least the final nail in the coffin of her "Reputation" era. Since its release last November, Swift’s sixth album has kept a deserved hold on the pop narrative of the last year, but on Friday, the album and its singles were all suspiciously absent from the Grammy nominations list, save for one lone recognition in the Best Pop Vocal Album Category.

Over the past decade, Swift has become one of pop’s most decorated stars. At age 20, she became the youngest artist to ever win Album of the Year when her sophomore LP "Fearless" took home the night’s biggest trophy. In 2016, she became the first woman to win that achievement twice as the main credited artist with her "1989" full-pop tilt.

Since the beginning of its rollout last summer with the release of the jarring, villainous, defensive “Look What You Made Me Do,” "Reputation" has been Swift’s most divisive album yet. The response to the single alone stirred up intense feelings from fans and critics: some praised her bold new sound and reclamation of her quickly turning tide on her previously unimpeachable public image while others considered the electroclash-lite tune to be a sonic, point-missing mess.

Upon the album’s actual release, "Reputation" began to win more people back. It was praised by many for taking risks without sacrificing Swift’s inimitable knack for lyrical pop narrative-building. The darkness, bitterness and looming danger turned out to be positive spins for Swift’s career and sound. She sold 2 million copies worldwide in the first week and was the third biggest album of 2017.

Even without much 2018 push for the album and its singles, "Reputation" was the biggest-selling album of the year, according to Billboard, and Swift was the highest-ranked artist. The LP’s fourth single “Delicate” evolved into a sleeper hit this year, staying on the Hot 100 for nearly a year and eventually becoming a massive radio hit.

Of course, even with Swift’s previous album 1989 being more quickly adored, its Album of the Year win was mired in controversy given its juxtaposition against Kendrick Lamar’s astounding "To Pimp a Butterfly." It continued conversations about the Grammys’ relationship with not only black artists but rap music as well, being sandwiched between two even more controversial upsets for Beyoncé, whose self-titled LP and "Lemonade" both lost Album of the Year to Beck and Adele respectively. This year’s eight-album lineup is deservedly hip-hop and R&B-heavy, with Kendrick Lamar’s "Black Panther" soundtrack, Drake’s "Scorpion," Cardi B’s "Invasion of Privacy," H.E.R.’s "H.E.R.", Post Malone’s "Beerbongs & Bentleys" and Janelle Monáe’s "Dirty Computer" fighting against modern folk prophet Brandi Carlile’s "By the Way, I Forgive You" and Kacey Musgraves’ own Swiftian country-pop crossover "Golden Hour."

While Song and Record of the Year are more pop-centric, with nominations for Shawn Mendes, Zedd and Lady Gaga in either one or both category, not even Swift’s “Delicate” could make the final cut, even being snubbed in Pop Performance as well.

Though odd, Swift’s lack of nominations could, in the most ideal sense, signal a changing of the guard when it comes to what can be considered an award-worthy album. The last few years of Album of the Year nominations have seen more rap and R&B nominees than ever before. The absence of a marquee pop LP could open the floor up to the second hip-hop album of all time to win the title, following in the footsteps of OutKast’s "Speakerboxxx/The Love Below." ("The Miseducation of Lauryn Hill" won in 1999, but it’s classified as R&B.) The face of what we expect a “Grammy darling” to be could change forever.