"I’m getting this hysteria alarm . . . Do I believe we’re on the path to impeachment? Absolutely not" McCain said 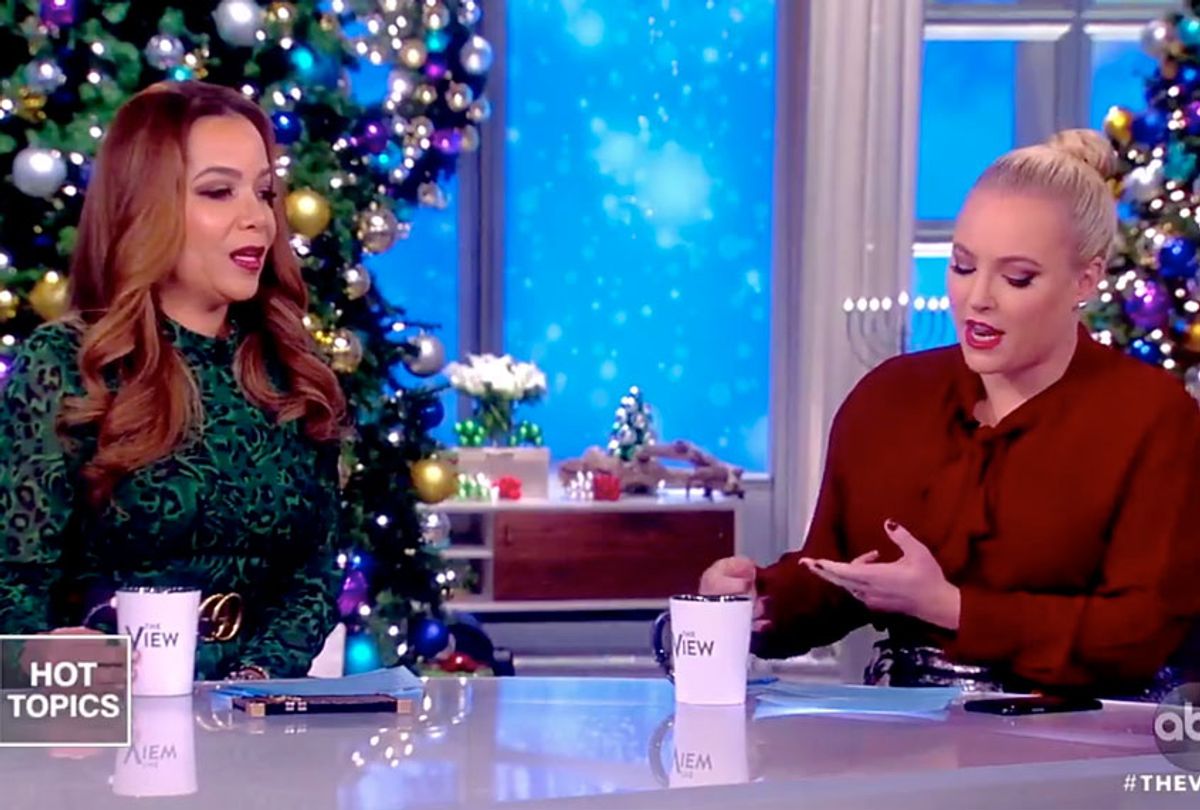 The View’s Meghan McCain said that despite being named as “Individual-1” by federal prosecutors, President Trump won’t be impeached, prompting a smackdown from co-host Sunny Hostin.

“I know that I’m getting this hysteria alarm every morning and I’m trying to delineate between what’s fact and what’s not fact, as someone who isn’t a lawyer,” McCain said. “Is there enough smoke that there’s potentially something there, yes, of course. Do I believe we’re on the path to impeachment? Absolutely not.”

“I disagree with that especially since I’ve been watching the Clinton affair on A&E,” Hostin broke in. “Clinton was impeached for having an affair with Monica Lewinsky and lying about it.”

“If that rises to high crimes and misdemeanors, then you best believe that what Trump has done in terms of directing Michael Cohen to commit a federal crime,” she added. “That rises to the level.”