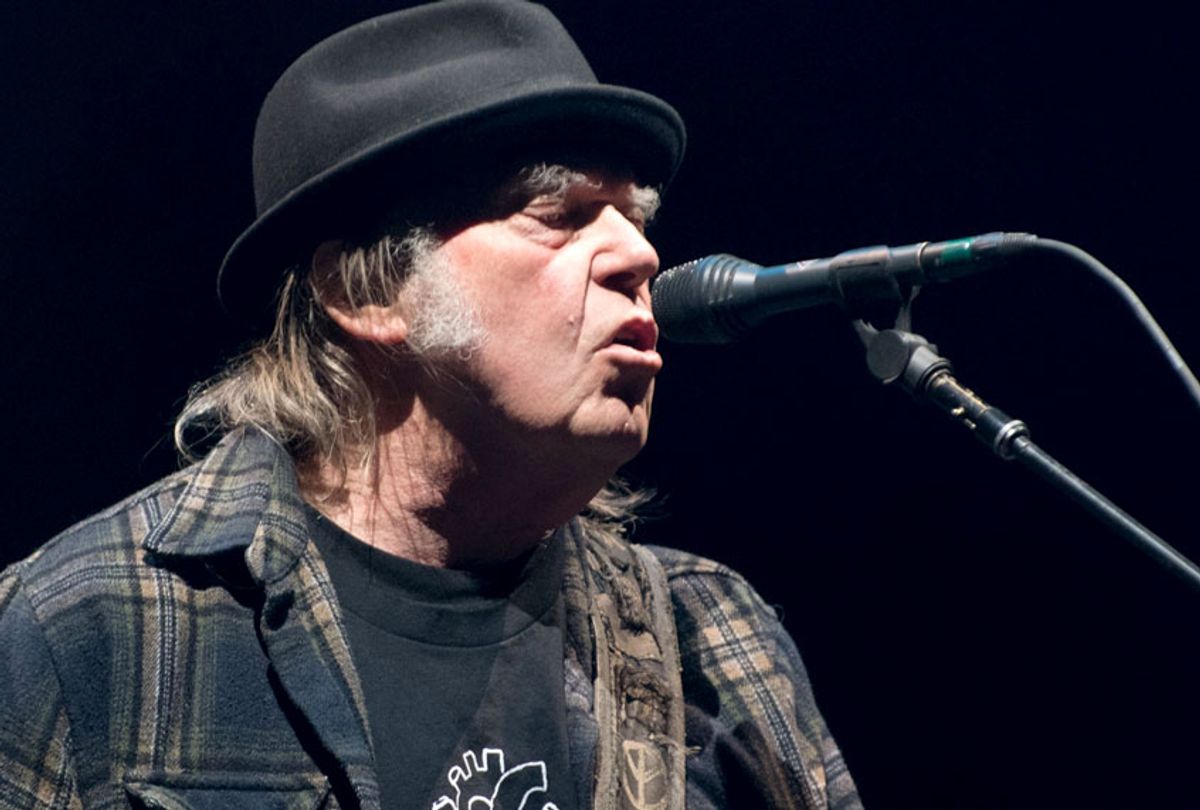 Neil Young is furious with the organizers of the massive concert that he’s scheduled to play in London’s Hyde Park alongside Bob Dylan on July 12th, 2019. The show was announced nearly two weeks ago and tickets are already on-sale, but in a post on his Neil Young Archives website, the rocker says all that was premature.

“I had no idea the announcement was coming that day,” he writes. “I was still finessing the art for the poster and trying to make sure that all of the details of the show were agreeable to me. Then, suddenly, someone jumped the gun. The tickets were put on sale and the announcement was made, all without my knowledge.”

The fact that tickets were offered to the general public before Neil Young Archives subscribers has him extremely upset, along with the fact that the show is sponsored by the “fossil fuel finding entity” Barclays. “That doesn’t work for me,” he wrote. “I believe in science. I worry about the climate crisis and am deeply concerned about its massive global ramifications and my beautiful grandchildren’s future. . . There’s no doubt about it. It’s been a massive fuck up!”

And while he doesn’t explicitly threaten to pull out of the show, he does suggest that the current arrangement is untenable. “At the moment, we are trying to rectify the situation and will soon update you on the status of the Hyde Park show,” he wrote. “We have been talking about requiring a different sponsor as one option. We are quite confident that nothing like this will ever happen again. We’re sorry for this situation — it is — and shall remain an anomaly.”

The post includes lyrics from Young’s 1988 anti-corporate sponsorship song “This Note’s For You” (“I ain’t singing for Pepsi/Don’t sing for Coke/I won’t sing for nobody/Makes me look like a joke.”) along with an image of the Barclays eagle logo covered in oil and the words “Barclays The Dirty Bank.” The bank has been criticized in the recent past for funding oil pipelines from Canadian tar sands.

In a separate post, Young’s manager Elliott Roberts offered his own apology, but his is entirely focused on the ticketing situation. “To say we fell short of our obligations on the announcement and pre-sales for the Hyde Park show is an understatement and we disappointed a lot of people,” he writes. “I personally really must apologize for this lapse because working as the custodian of Neil Young Archives is very serious to me. Neil’s life’s work has been mine as well. We will make every effort to ensure that this doesn’t happen again.”