Washington needs a quarterback. What other than politics is keeping the team from hiring Kaepernick? 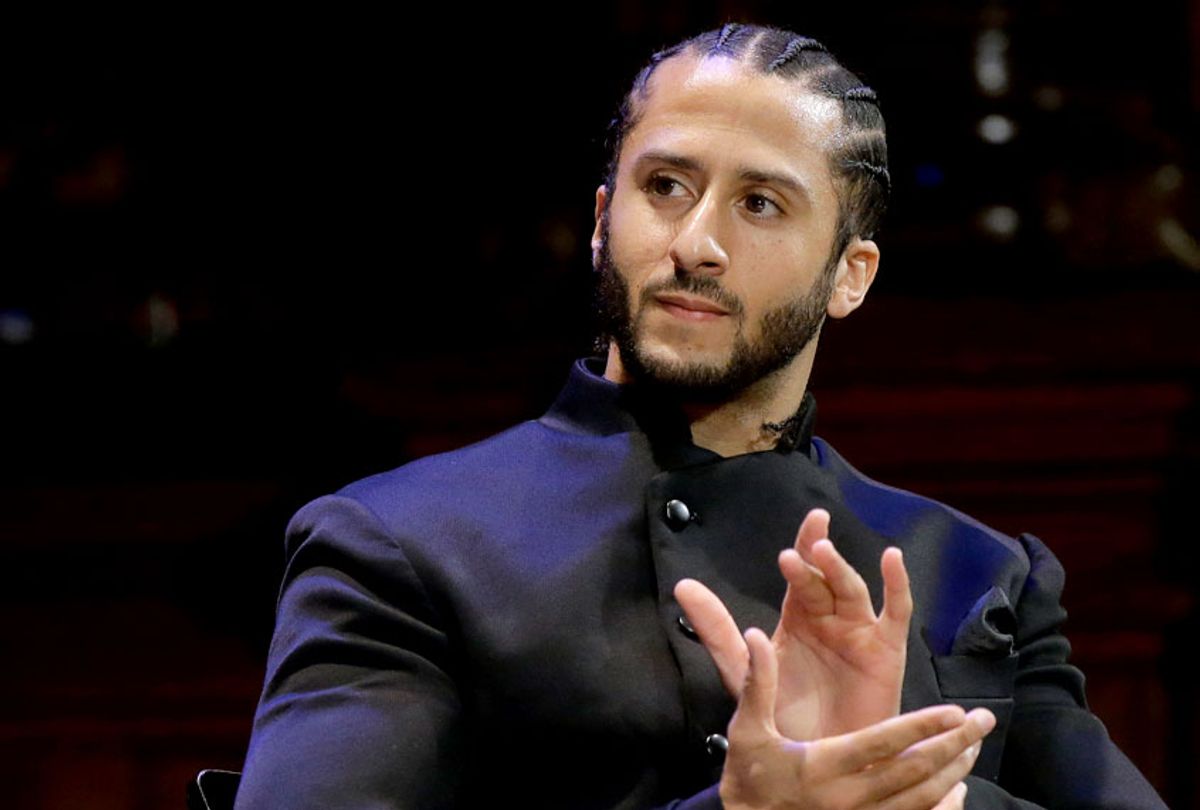 The older I get the less I pay attention to the NFL. I used to be a die-hard fan — that guy with the matching hat, jersey, and hand towel who knew every stat as if I were collecting a check for it. And then it got real old real fast — until Colin Kaepernick's protests started.

Back in 2016, Kap sitting out and then eventually taking a knee during the playing of the national anthem at every game The National Anthem as a silent protest against police violence and racial injustice felt heroic to me. I've always been excited when brave public figures use their platforms for good in a time when it’s so easy to cower instead. Unfortunately, many Americans didn’t share in my joy.

The narrative positioning Kap as the troops- and police-hating spoiled athlete dominated news cycles, while hate mail — and tweets, and Facebooks posts — poured in. One of the key elements the haters missed, however, was that Army veteran Nate Boyer was the one who advised Kap that by kneeling instead of sitting down, he could honor the troops while still getting his point across.

Still, negative people ignored­ the good Kap did by speaking up — just as they ignored the time he donated his suits in front of a parole office to people who were looking for jobs, the donation of his sneaker collection to the homeless, the time he raised and donated over a million dollars for 10 charities in America. All they saw was a black guy kneeling during the anthem and decided to demonize him for it. As if scores of people of all races and ethnic groups don't stay seated during the song, or use the time to make a run for beer and popcorn and hotdogs at the concession stands that don't stop selling snacks during the anthem?

The president even joined in the hate, referring to Kap as a “son of bitch” at a rally and tweeting, “We will proudly be playing the National Anthem and other wonderful music celebrating our Country today at 3 P.M., The White House, with the United States Marine Band and the United States Army Chorus. Honoring America! NFL, no escaping to Locker Rooms!”

And through it all, Kap remained a solid quarterback. He finished the 2016 season with an 88.9 quarterback ranking, making him number 18 in the league, which means he’s better than plenty of the active quarterbacks. And yet he still doesn’t have a job, for no other reason than he cares about poor black people.

The Washington Redskins, a team that bears an offensive name and logo, has the opportunity to put a dent in their racist history by employing arguably the most progressive quarterback in NFL history. Signing Kap won’t heal the wounds caused by the team's branded identity; however, it could be a positive step in the real direction of addressing those age-old issues.

Over the last four weeks, Washington quarterbacks have been shattering like cheap wine glasses. Alex Smith broke his tibia and fibula, and then backup Colt McCoy fractured his fibula, leaving Mark Sanchez with the starting position. Sanchez didn’t get broken up, but he did flop, leaving the starting job in the hands of Josh Johnson, a guy who hasn’t thrown a ball in a pro game since 2011. One of the big knocks on Kaepernick is his age, but both Sanchez and Johnson are older. Kaepernick has had a far better career overall, and unlike those guys he has lead a team to the Super Bowl. Washington suffered a 24-point lost to the Giants yesterday under Johnson, so what do they have to lose, other than the tight grip of their racist legacy?

Kap did the all of the right things and is still being snubbed by the NFL at large, and Washington specifically — a team that just happens to be establishing itself as a very forgiving team, for signing Reuben Foster.

The former San Francisco linebacker, currently being investigated for domestic violence against his estranged girlfriend Elissa Ennis, will now be receiving paychecks from Washington's NFL team.

According to Ennis, Foster abused her three times. It seems that doesn’t matter to a team like Washington, whose leadership is working overtime to prove that they don’t care about allegations of domestic abuse — and that they don’t believe in social justice, either, by passing over the best man for the quarterback job, regardless of the losses they're racking up, because he believes in a better America for everyone.

I'm going to continue not to be surprised by the obvious racism and sexism the NFL perpetuates by freezing out a man who is working to save black lives, while continuing to employ a guy who allegedly hurt a black woman. Knowing all of this makes it even easier for me to continue not to follow the NFL, too.