"Double standards": Why does the media not take Alexandria Ocasio-Cortez as seriously as Paul Ryan? 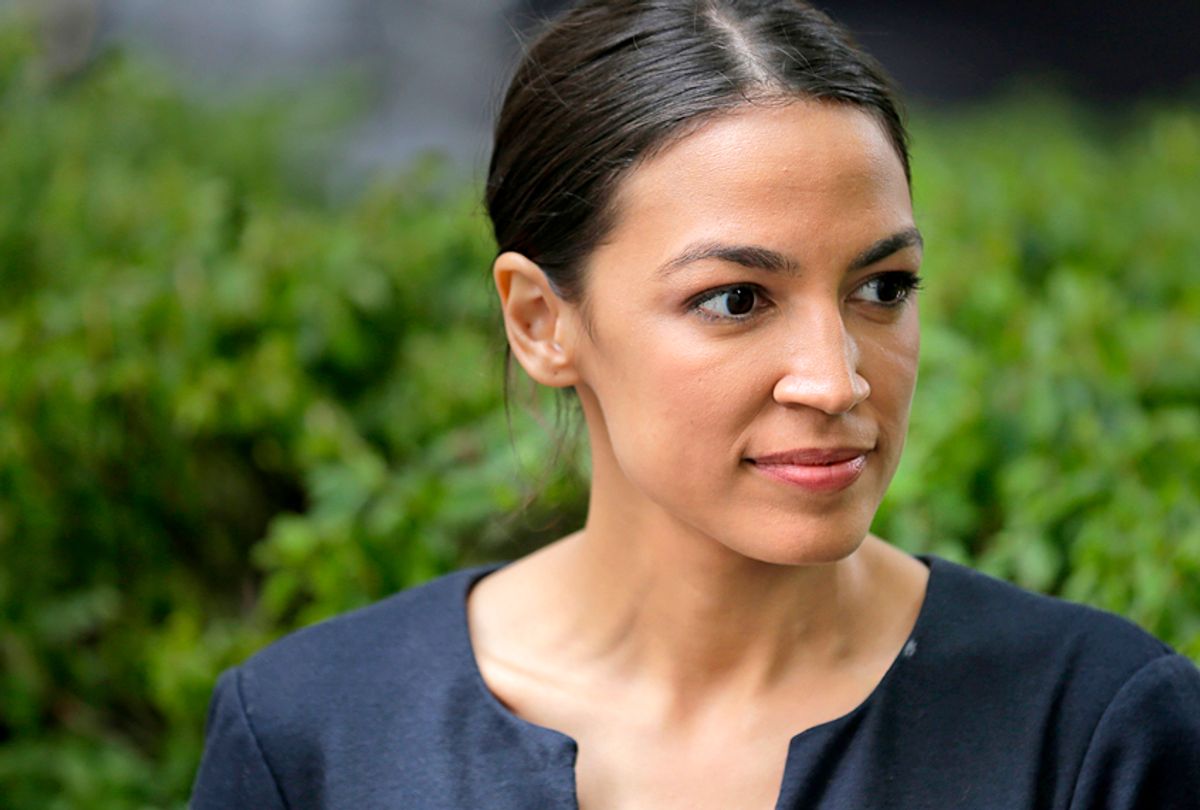 As House Speaker Paul Ryan (R-WI) leaves office, surrendering his gavel to the Democrats, commentators are reflecting on what an utter fraud his whole career has turned out to be. Vox's Ezra Klein wrote a lengthy essay reflecting on the fact that Ryan, the GOP's supposed budget wonk and numbers guy, never actually managed to balance a budget, and that all his cruel schemes to cut government spending on the poor were ill-conceived, vague on details, and didn't actually work.

But one incoming member of Congress wants to know why the same deference the Beltway elite showed to Paul Ryan does not apply to her:

Alexandria Ocasio-Cortez has a point. By any standard she starts off on at least equal footing with Ryan. They both entered politics at about the same age, both hold bachelor's degrees in economics, and both have grand proposals to remake the federal safety net. And yet Ocasio-Cortez is ridiculed as a joke before she has even set foot on the House floor, over trifling slips of the tongue and even her wardrobe.

Ryan, by contrast, has been taken seriously as an economic genius and given fawning headlines for years, despite the fact that his actual proposals in Congress have been profoundly stupid. He once proposed transferring half of all Social Security payroll contributions into private investment accounts, without doing the math and realizing this would result in the Social Security Administration owning the entire stock market. Meanwhile, his plan to reform Medicare would have effectively ended the program.

Additionally, for what it's worth, many of Ocasio-Cortez's ideas, are broadly popular with U.S. adults — 59 to 75 percent back Medicare for All, depending on how the question is worded, and the public supports a universal jobs guarantee program by 23 points. Ryan, by contrast, utterly failed to sell the public on the GOP tax cut bill, and his attempted health care repeal was the least popular major bill in decades.

There may not be one single reason why Ocasio-Cortez is not taken as seriously as Ryan. Possibly the media is just inherently more skeptical of ideas coming from left of center than from right of center. Possibly they are also more willing to listen to a white man than a woman of color.

But whatever the reason, Ocasio-Cortez should be treated with as much credibility as any incoming member of Congress on matters of public policy.