"We're hoping to make sure that there's justice brought where that should be," Kushner told Sean Hannity on Monday 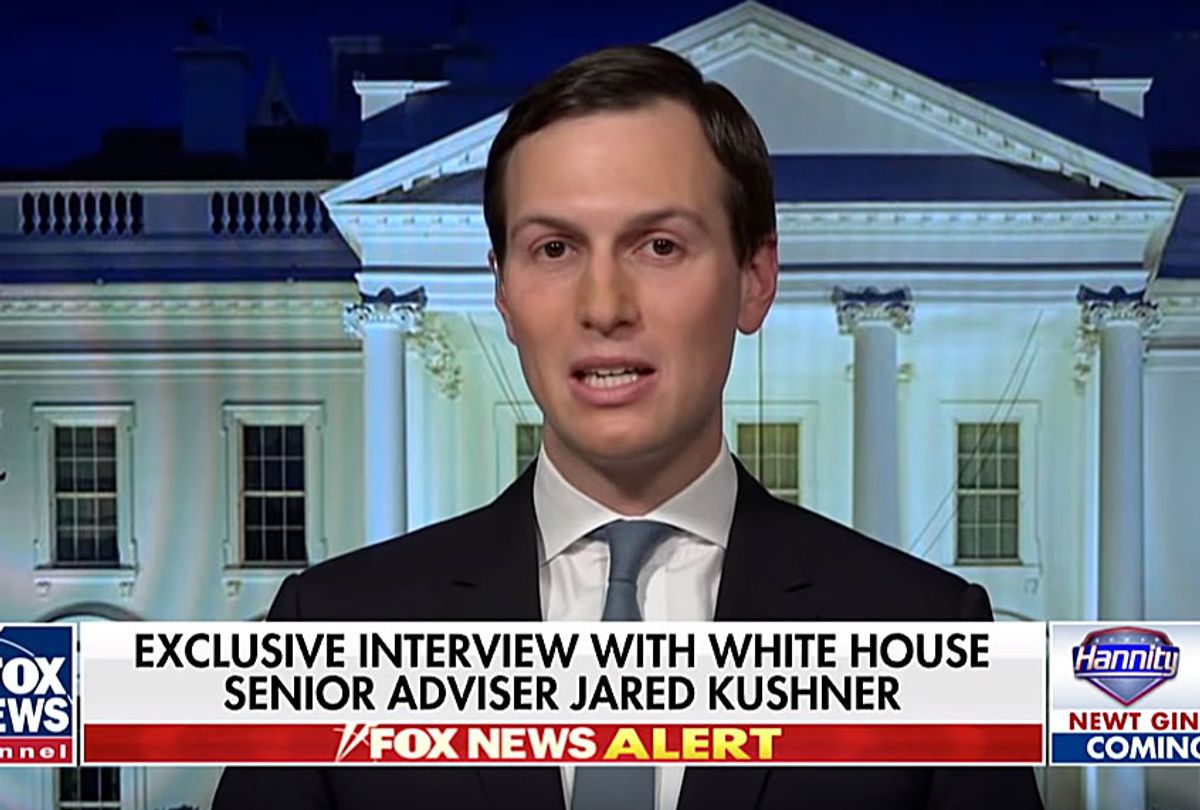 Jared Kushner, the son-in-law and senior adviser to President Donald Trump, told Fox News host Sean Hannity on Monday night that U.S. intelligence agencies "are making their assessments" about the assassination of journalist Jamal Khashoggi. (The CIA has reportedly concluded that the Saudi Crown Prince Mohammed bin Salman ordered the murder. After receiving a briefing on the killing, Sen. Lindsey Graham declared, “There’s no smoking gun – there’s a smoking saw.’’)

When Hannity asked Kushner whether the U.S. would "get to the bottom" of who was responsible for Khashoggi's brutal murder inside the Saudi consulate in Istanbul, the White House aide did not mention the crown prince. Instead, he said only that "we're hoping to make sure that there's justice brought where that should be."

Kushner's attitude appears to echo the stance articulated by Trump, who has repeatedly insisted that "we may never know all of the facts" surrounding Khashoggi's murder, in spite of the CIA's alleged assessment that directly implicates the Crown prince.

In a letter released in November, Trump said it is was unclear whether the Saudi crown prince ordered Khashoggi's murder. The president also defended his decision to continue to allow America do business with Saudi Arabia. "King Salman and Crown Prince Mohammad bin Salman vigorously deny any knowledge of the planning or execution of the murder of Mr. Khashoggi," Trump wrote. "Our intelligence agencies continue to assess all information, but it could very well be that the Crown Prince had knowledge of this tragic event — maybe he did and maybe he didn't!"

In his interview with Kushner, Hannity failed to point to reports implicating the Saudi crown prince, as well as a recent report that Kushner advised bin Salman on how to manage international outrage in the wake of Khashoggi's killing.

Kushner and Trump's attitude toward the Saudi crown prince appears at odds with remarks made by outgoing U.N. Ambassador Nikki Haley, who despite her plans to leave the administration, is perceived as being on good terms with the president and his inner circle. "You have Saudi government officials that did this in a Saudi consulate," Haley told The Atlantic in an interview published last week. "We can't give them a pass, because that's not who America is."

"We can't condone [the Khashoggi murder]. We can’t ever say it's OK," Haley later added. "We can’t ever support thuggish behavior, and we have to say that."