Nick Mason on the state of Pink Floyd: "It’s silly to still be fighting" 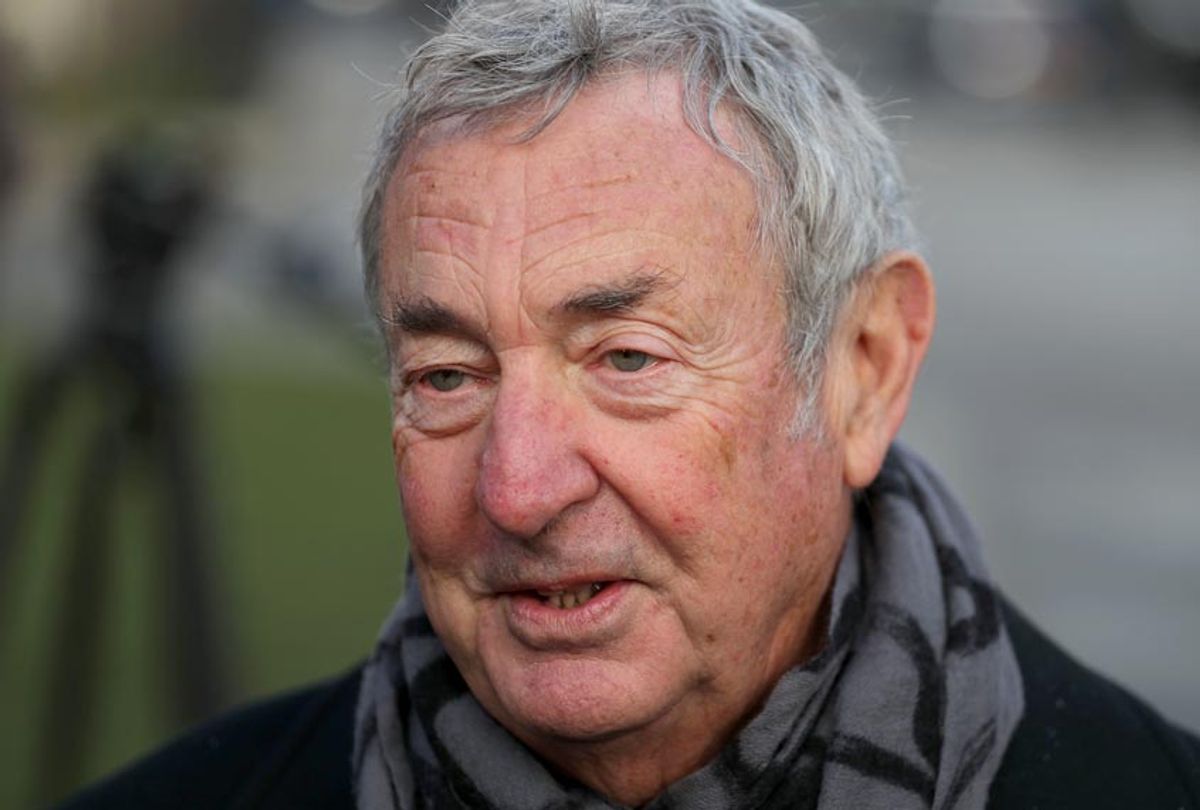 Pink Floyd drummer Nick Mason has always occupied a unique space within the band. He has far fewer songwriting credits than any other member of the group, but he’s the only person to play on every single album and the only one that never thought breaking up was a good idea. If he were in charge, they’d still be out there headlining stadiums all over the world like the Rolling Stones. But since he’s not in charge, he’s taking his new project Nick Mason’s Saucerful of Secrets on their first American tour next year for an evening of pre-1973 Floyd music.

Before starting the band, he got the blessing of both David Gilmour and Roger Waters. The two may not speak to each other much these days, but both have somehow stayed close to Mason. “It’s a really odd thing in my opinion,” he says, trying to explain their current impasse. “But I think the problem is Roger doesn’t really respect David. He feels that writing is everything, and that guitar playing and the singing are something that, I won’t say anyone can do, but that everything should be judged on the writing rather than the playing.”

He also feels like Gilmour’s decision to carry on as Pink Floyd after Waters left in 1985 continues to be a point of contention. “I think it rankles with Roger that he made a sort of error in a way that he left the band assuming that without him it would fold,” says Mason. “It’s a constant irritation, really, that he’s still going back to it. I’m hesitant to get too stuck into this one, just because it’s between the two of them rather than me. I actually get along with both of them, and I think it’s really disappointing that these rather elderly gentlemen are still at loggerheads.”

Relations between the two of them were extremely frosty for about 20 years after Pink Floyd carried on without Waters, but in 2005 they put aside their differences for a triumphant reunion set at Live 8. And while it didn’t lead to any sort of Pink Floyd reunion, in the summer of 2010 they played a cheerful mini-set together at a U.K. benefit for Palestinian children. The following year, Gilmour came out to play “Comfortably Numb” with Waters at the 02 Arena and then appeared with Mason for the final encore.

But they haven’t appeared anywhere in public together in the past seven years, and when Gilmour cut the 2014 Floyd album The Endless River as a tribute to the late Richard Wright he didn’t even consider inviting Waters to participate. “Why on Earth anyone thinks what we do now would have anything to do with him is a mystery to me,” Gilmour told Rolling Stone. “Roger was tired of being in a pop group. He is very used to being the sole power behind his career. The thought of him coming into something that has any form of democracy to it, he just wouldn’t be good at that. Besides, I was in my thirties when Roger left the group. I’m 68 now. It’s over half a lifetime away. We really don’t have that much in common anymore.”

Like many Pink Floyd fans, Mason finds their ongoing battle frustrating. “I think it comes and goes,” he says. “And I think it can be exacerbated by some specific difference of opinion on a re-release and how it should be approached or what should be done.”

But that doesn’t mean he’s given up on the idea of some sort of truce. “I live in hope,” he says. “I mean, I don’t think we’re going to tour as Pink Floyd again. But it would seem silly at this stage of our lives to still be fighting.”

Finally, how does he manage to stay neutral in the middle of all this? “By keeping my head down behind the parapet,” he says.