"Sorry for Your Loss," an honest and real show about grief, actually uses Facebook for good

This drama about a mourning woman's quest to go on debuted in Sept., but it's a perfect antidote to holiday cheer 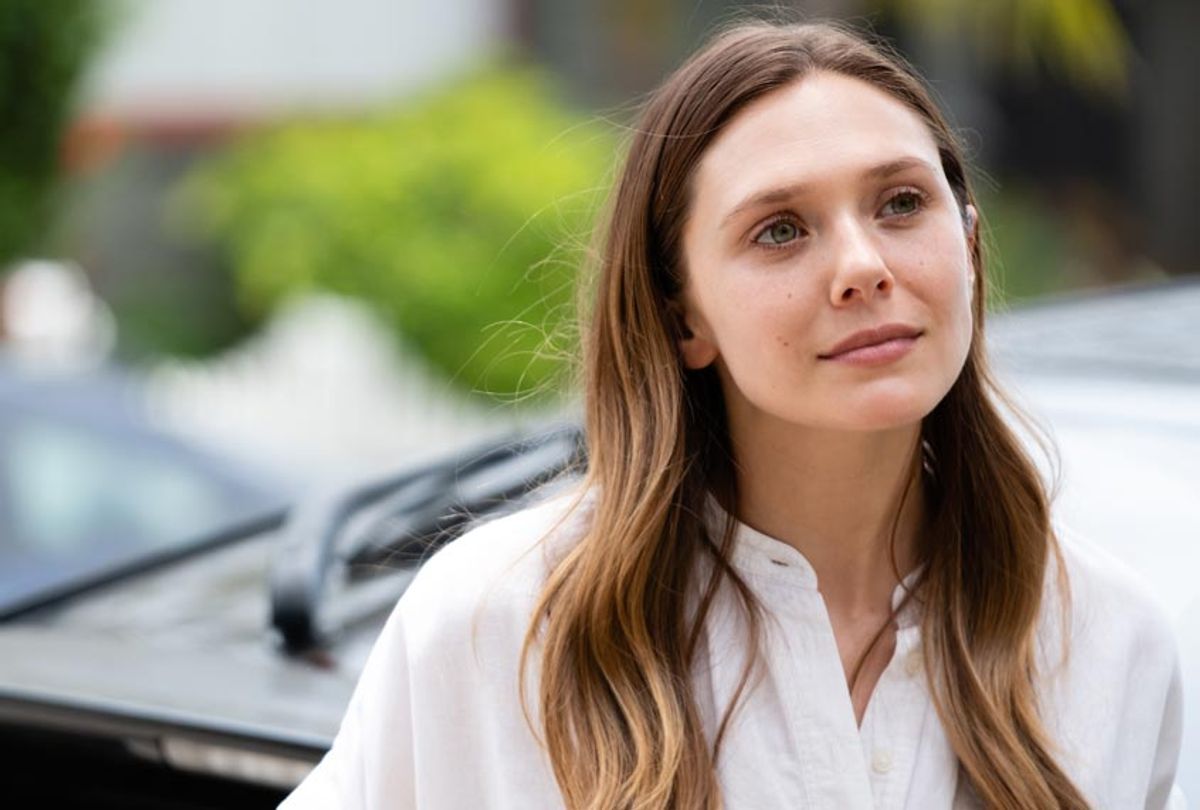 Note: With the fallow season of television debuts upon us, we're looking back at a few worthwhile series that debuted in 2018 that we didn't have a chance to review when they premiered. The first is Facebook's "Sorry For Your Loss."

A few weeks ago IndieWire's Liz Shannon Miller, with the help of a few others, assembled a list of TV series that aired in 2018. Miller’s generous intent was to assist her fellow critics in figuring out which shows are eligible to be included in various year-end Top 10 lists, a task that becomes increasingly onerous with each passing year.

The count currently sits at 555.

Needless to say, expecting one person to have seen even an episode of every series, let alone followed them through entire seasons, is preposterous. There are only so many hours in a day, some of which must be devoted to sleeping, eating and, well, having a life.

As such, many of us have lists of programs we mean to get to at some point — like, say, now. December used to be a TV premiere wasteland. Now it’s a great time to watch the shows we may have missed, especially those airing on unconventional platforms.

Take Facebook, for example — a dicey proposition in 2018, the year the social media behemoth worked overtime to earn the resentment of millions. Data breaches! Fake news! Tacit support of controversial political figures! Censorship! Basically, 2018 was not a terrific year to be associated with Mark Zuckerberg’s information-gathering Cthulu.

Nevertheless, in 2018 Facebook Watch debuted one of the year’s most worthwhile scripted dramas. “Sorry for Your Loss” premiered in September and you probably haven’t heard of it. That’s fine if you missed its premiere, because it feels most relevant right now.

Chalk it up to seasonal blues. Maybe it's exhaustion from holiday preparations or taxing emotions or just feeling worn out due to a year’s worth of rage. For whatever reason, Elizabeth Olsen’s character Leigh Shaw speaks to the grayness of this season. The holidays are toughest on those of us who have lost someone close, but regardless of that, it feels like many of us are living within some shade of grief.

Olsen’s Leigh is a recently widowed writer struggling to reassemble her life following the sudden death of her husband Matt (Mamaoudo Athie). She attends a grief group which is less therapeutic than transactional, going through the motions as opposed to healing. When she’s not angry, she’s blank. A fleeting moment of elation might suddenly crumble into a crying fit. Despite this, she hollowly trudges through life, determined to keep going.

Leigh’s sister Jules (Kelly Marie Tran) is a recovering alcoholic hanging on to her sobriety by her fingernails, and her mother Amy (Janet McTeer) runs the fitness studio where Jules and Leigh both work. They do their best to support Leigh while contending with their own trials, and watching their bond strain and strengthen provides the balm that is central to the drama’s success.

Series creator Kit Steinkellner gives each subplot its due, but the star of “Sorry for Your Loss” is grief, personified by Leigh’s gargantuan effort to contend with the vacancy Matt left behind. And Leigh is not the typical widow character — which is to say she's young, and the loss she experiences contains layers of complexity scripted series don't typically present. Fate pummels the reset button on her life as it's just getting started, and in the worst way possible. And the writers explore the ramifications of this through scenes many of us take for granted, in turns presented as equally lovely, dreamlike and forlorn.

I imagine “Sorry for Your Loss” isn’t the kind of show most people would leap to watch, even in this era of sensitive dramas that double as cry laxatives. Tearjerkers about life and love and family are relatively easy sells due to the promise of an uplift.

Examinations of grief and depression, even those presented in half-hour servings, are another matter. Grief is unpredictable and depression is an outright mystery. The former leaves room for flirtations with joy, and the latter may find ways to snatch defeat from the jaws of victory, truths this show depicts with raw originality.

But people don’t necessarily embrace straight-on views of mourning. “Sorry for Your Loss,” then, is not exactly the sort of distraction the average person may seek out at the end of a long day, particularly any day built upon a sustained bombardment of stressors.

That basically describes any day in 2018, but the period between September 18 and October 9, when the show debuted, coincided with the toxic confirmation hearings for Supreme Court Justice Brett Kavanaugh. After that, midterm election anxiety seized us in its grip.

With all that happening, who wanted to sit down with a story of loss, depression, disappointment and the quest for meaning? Not I. Nope!

However, perverse as this may sound, December is the perfect month to pick up “Sorry for Your Loss.” For one thing, the series is bound to show up on a number of critics’ year-end lists; it’s nice to know what so many people are talking about.

It’s also a tremendous tool for coping with the holiday blues, not only due to its subject matter but because of its platform, flawed as Facebook is. Users’ observations about each episode are prominently featured at the top right of the page, highlighting how omnipresent grief is.

It’s as prevalent as cheer right now. We just choose not to notice.

As a culture we de-emphasize grief in the midst of our holly-jolly mania so as not to bring the room down. Television specials repackage it as an engine for nostalgia, or an entry to reminding everyone of the hallowed Reason for the Season. How else to explain all those Christmas movies incorporating dead moms and dads?

Season 1 of “Sorry for Your Loss” has no Christmas episodes, thank goodness. The closest it comes to depicting forced merriment is in episodes about a spontaneous birthday party and a wedding — examples of the world and life refusing to hit the pause button for the mourning, and of the unfortunate fact that grief has no timeline or prescribed expiration date.

The usual qualifiers for critically acclaimed series apply here, starting with Olsen’s sensitive and grounded portrayal of someone knocked sideways by grief and on multiple fronts. Under the direction of James Ponsoldt, with other indie directors helming episodes (including Rose Troche, Jessica Yu and Allison Anders) Olsen’s performance captures the discomfort, grit-on-skin nature of grief, digging into the emotional flare-ups and periods of hollowness this state yields.

Tran’s also extraordinary in this regard, illustrating the tinges of guilt resulting from slights and assumptions visited upon her by those living in unspoken expectation that she might relapse, mainly her mother. Scripts rarely lean into this side of recovery with such purpose, and Tran communicates the quiet sting her character sustains without losing Jules’ optimism.

The feelings Olsen, Tran and the rest of the cast capture come across as true and natural, more affirming than depressing, a difficult balancing act to pull off in the most typical of dramas and in brighter months. Because it feels honest and real, “Sorry for Your Loss” doesn’t have the kind of universal appeal required to leap into the mainstream. It may only be relatable to people who have been touched by massive loss.

People who are in mourning might not want to spend time with a series about living with grief, even one whose inaugural season is comprised of five hours.

Anyone wrung out at the close of a year defined by anger and despair might not want to watch “Sorry for Your Loss.”

Fortunately, it exists. And it’s never too late to discover.