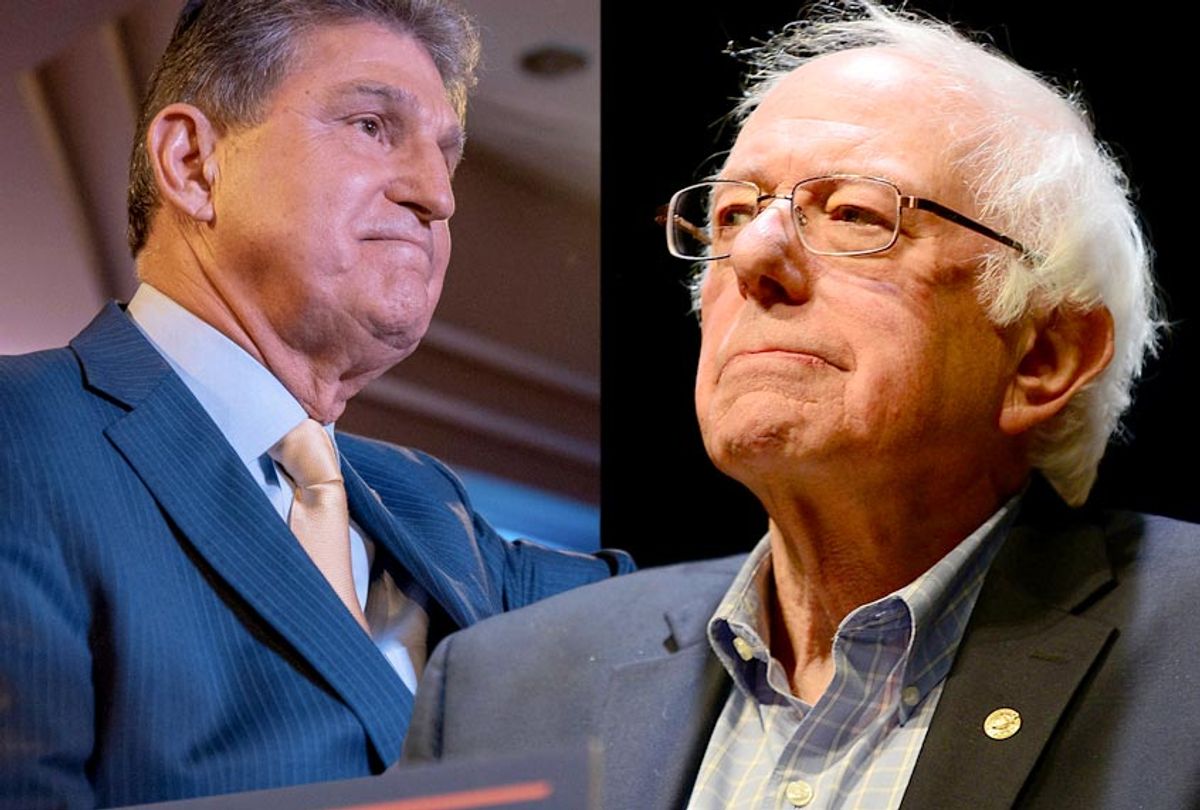 Democrats tapped Sen. Joe Manchin of West Virginia, a supporter of Big Coal and perhaps the Senate's most conservative Democrat, to serve as ranking member on the Senate Energy Committee. Sen. Bernie Sanders of Vermont had turned down the job.

Manchin announced in a statement Tuesday that he will serve as the top Democrat on the committee, which is chaired by Sen. Lisa Murkowski, R-Alaska. The committee oversees energy policy and federal land use.

“West Virginia is a leading energy producer and major contributor to advanced energy technologies, and I intend to ensure this progress is continued,” Manchin said in the statement. “The problems facing our country are serious, and I am committed to working with my colleagues on both sides of the aisle to find common-sense solutions for long-term comprehensive energy policy that incorporates an all-of-the-above strategy and ensures our state and our nation are leaders in the energy future.”

Manchin, who once published a video of himself shooting a climate change bill with a rifle, got the job after Sanders, who organized a climate change town hall earlier this month, turned down the gig, according to a report in Mother Jones. Sanders will instead remain the ranking member of the Budget Committee.

The Daily Beast’s Sam Stein added that the move was a signal that Sanders is "planning another presidential bid” because those in his inner circle assumed “that he wouldn’t do both," meaning a 2020 campaign and the Energy Committee post.

Manchin’s ascent was met with horror by environmental groups, given his record. The West Virginia senator has voted to side with Trump’s policies more than 60 percent of the time, and was the only Senate Democrat who voted to confirm Supreme Court Justice Brett Kavanaugh.

Since being elected to the Senate eight years ago, Manchin has received nearly $750,000 from the coal mining industry and another $419,000 from oil and gas interests. The League of Conservation Voters rated him lower than any other Democrat on votes for environmental legislation.

Manchin tried to quell some fears when he voted against the confirmation of former Department of Energy official Bernard McNamee to the Federal Energy Commission, citing McNamee's disbelief in climate change. Manchin had previously voted to advance McNamee’s nomination in the Energy Committee. McNamee was confirmed by a one-vote margin.

New York Rep.-elect Alexandria Ocasio-Cortez told The Intercept she had “concerns” about Manchin’s promotion because “I do not believe that we should be financed by the industries that we are supposed to be legislating and regulating and touching with our legislation.”

Washington Gov. Jay Inslee, a Democrat who is considering a 2020 presidential bid, issued a statement saying that Manchin’s promotion was “disappointing.”

“It is justifiably disappointing to hear that Senator Joe Manchin has been chosen to lead Senate Democrats on the Energy Committee, someone who literally shot the last bold climate legislation put forward by our party in a campaign ad and who has shown little resistance to Donald Trump’s dirty coal agenda,” he said. “Senator Manchin is a leader on many issues we care about as Democrats, including health care and gun safety. Climate change, unfortunately, is not one of them.”

Julian Noisecat, the policy director at the environmental group 350.org, warned that the move may doom future attempts to address climate change.

“It would be [an] even bigger concern looking ahead if we do take back the Senate in 2020 or in the future,” Noisecat told Mother Jones. “I don’t think that anyone who’s looking at the current makeup of Congress right now believes we can get ambitious climate legislation through both chambers of Congress. [But] Manchin is a huge problem if you want to do that in the long term.”