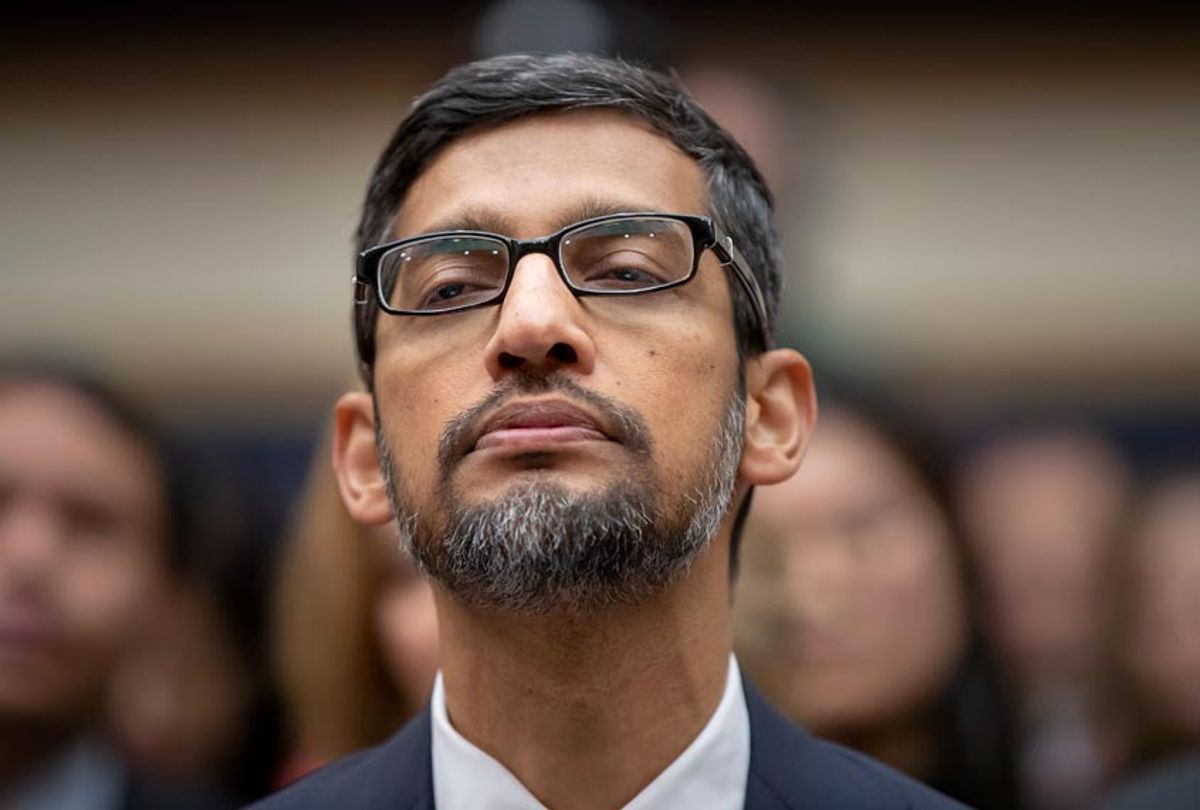 If 2017 marked the year that tech’s celebrity image began to fade, then 2018 is the year the industry completely transformed into a villain — from Cambridge Analytica to disconcerting smear tactics to Tuesday’s "Google hearing" on Capitol Hill. The spectacle that was Google chief executive Sundar Pichai testifying before the House Judiciary Committee marked an appropriate end to a transformative year for Silicon Valley, likely setting the industry up for big changes to come.

“All of these topics — competition, censorship, bias and others — point to one fundamental question that demands the nation’s attention,” Rep. Kevin McCarthy, R-Calif., the House Republican leader, said in his opening remarks. “Are America’s technology companies serving as instruments of freedom or instruments of control? Because a free world depends on a free internet, we need to know that Google is on the side of the free world.”

The hearing epitomized the government’s growing bipartisan distrust toward the tech industry as House members questioned Pichai about the tech behemoth’s market power, plans for relaunching in China, data collection and consumer privacy. Charges of political bias, however, dominated most of the conversation. Indeed, Pichai’s first time in the hot seat turned into a therapy session for conservatives to air out their concerns about political biases, leaving more serious issues behind.

The conversation about whether or not Google favors liberal-learning content started before the hearing officially kicked off -- with the help of far-right conspiracy theorist Alex Jones, who crashed the event. Republican consultant Roger Stone accompanied Jones as he yelled "Sundar and Google are absolutely the most horrible corporation on earth” before the official grilling began. Google owns YouTube, which banned Jones’ Infowars from its platform over the summer.

McCarthy laid the foundation for the Republican majority's priorities in his opening statement. “We need to be sure that any political bias within Google’s workforce does not creep into its workforce,” he said in an opening statement. Rep, Steve King, R-Iowa, later concurred, demanding that Pichai give the committee names of employees who work on the search algorithm, saying he wants to see if they’re anti-conservatives. King said Republicans “need to know who they are and look at their social media.” Rep. Lamar Smith, R-Texas, also asked Pichai about “the muting of conservative voices.” Pichai denied all suggestions that Google employees are manipulating its search results.

“It’s not possible for an individual employee or group of employees to manipulate our search results,” Pichai said.

Rep. Ted Lieu, D-Calif., singled out King during his inquiry, supporting Pichai’s statements that Google’s search results aren’t manipulated by liberals with a live demonstration. Lieu searched for "Congressman Steve King" and hit the "news" tab on Google. "First article that pops up is from ABC News," Lieu said. "It says Steve King's racist immigration talk prompts calls for congressional censure. That's a negative article. But you don't have a group of people at Google thinking and trying to modify search results — every time Steve King comes up, a negative article appears, that's not what's happening, right?" Pichai said no, it wasn't.

The only issue that received as much air time as the topic of political bias and alleged censorship was whether or not Google collects users’ location data, some citing an investigation by The New York Times published on Monday. It was clear that committee Republicans had little interest in discussing other items in more depth -- such as data privacy, which is especially important this year as Congress considers a law similar to Europe’s GDPR.

Democratic Rep. Sheila Jackson Lee of Texas used her time to kick off the conversation about Google’s alleged plans in China. Pichai said, "Right now, we have no plans to launch search in China.” In August,  The Intercept reported that Google employees were working on "Project Dragonfly" and were told to get in a "launch-ready state.” This news caused an internal uprising. Pichai said that more than 100 employees worked on the project for a few months, but denied there were plans to specifically expand a search product to China. He insisted that Google would engage with U.S. policymakers prior to pursuing such a move.

All these discussions were presumably meant to weigh into a bigger decision national policymakers will eventually face: Should big tech companies be regulated, and if so how? If these hearings featuring major tech executives visiting Washington continue to serve as venting sessions for Republicans to vent their anxieties and demand personal information about tech company employees, the answers could be unpleasant for everyone.