Keith Richards reveals he’s cut back on drinking: "I got fed up with it" 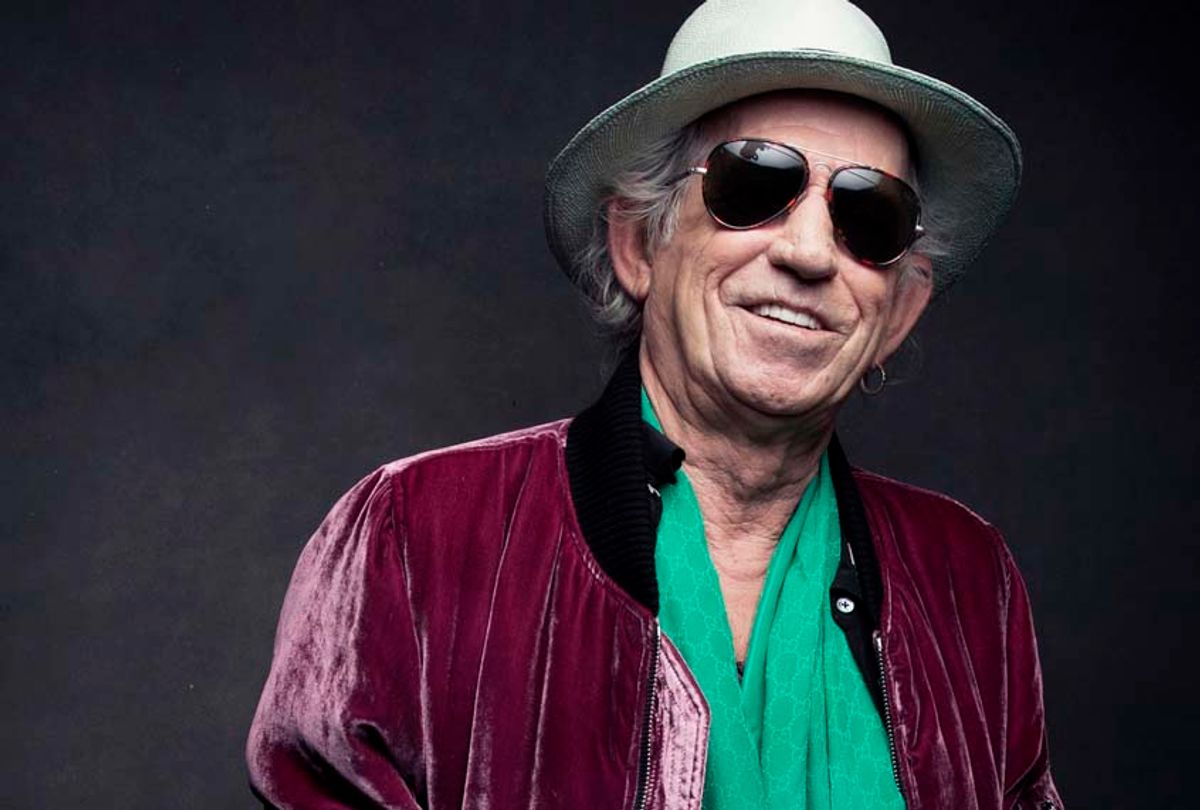 Keith Richards of the Rolling Stones (AP/Victoria Will)
--

Keith Richards can name several highlights of the Rolling Stones’ most recent overseas tour. He talks about how Mick Jagger pushed the band to start opening their shows with “Street Fighting Man,” how they tackled their 1967 rarity “She’s a Rainbow” and brought back their cover of Bob Dylan’s “Like a Rolling Stone,” which became a frequent highlight. “Mick was having a lot of fun with it, especially with the harp at the end,” says Richards.  As the tour wound down, Richards says, “Everyone looked at each other saying, ‘No, we’re just getting going!’ That’s when the idea came to play the States.”

Even as peers like Paul Simon and Elton John say goodbye to the road, the Stones are ramping up. The latest leg of their No Filter Tour kicks off April 20th at Miami’s Hard Rock Stadium. Between then and the final show in Chicago on June 25th, they’ll play 14 cities to nearly a million people. “[America] is really our first hunting grounds,” Richards tells Rolling Stone, recalling how the group first toured the U.S. in a station wagon in 1964. “Quite honestly, I can’t believe I’ve been around this long, man. I’ve watched this country grow up.”

For their first U.S. shows since Desert Trip in 2016, the Stones are planning to revamp their set with extended rehearsals. “It’s kind of like pulling out a great car that’s been sitting on the blocks for nine months — you’ve got to break it in again,” Richards says. Mostly, though, they rehearse because it’s fun; he mentions that he’d like to try bringing back the Stones’ cover of Solomon Burke’s soul classic “Cry to Me.”

Guitarist Ronnie Wood has been thinking about the band’s setlists a lot lately. An accomplished artist, he’s releasing Set Pieces this month, a coffee table book with more than 400 Stones setlists he’s painted over the last two decades backstage. “When I get the final list, I get cracking on my canvas,” says Wood of his backstage routine. Looking back at them has given him a lot of ideas for this tour; he’s hoping the band breaks out “Beast of Burden” and “Play With Fire,” which they recently performed in Hamburg, Germany for the first time in nearly 30 years (“Mick didn’t realize what a great song it was,” Wood says.) Wood has loved playing “Under My Thumb” recently – “It’s a difficult song to handle, but if you get it right, it’s a really good payoff” – as well as the raucous blues covers from their 2016 album Blue & Lonesome. “Mick decided to keep it to one [blues number] on the last tour, [maybe because] of his waning confidence in people thinking, ‘Maybe they don’t want to hear too much off of that blues album.’ I disagree there. I think, ‘Come on! Let’s do more! Let’s do a whole blues set!’ That’s what I’d like to do one day.”

While Jagger is the group’s chief setlist architect, he’s open to suggestions at sound check or in his hotel room. “He’ll be quite honest — like, ‘We played it here last time,’ or, ‘That doesn’t work here,’ ” says Wood. “Or he may just go, ‘Yeah, that’s a good idea.’ You never quite know what to expect, but you always get a good reason.'” Wood also hopes the band will play one of their famous club warm-up shows ahead of the run: “If rehearsal’s going well, we may make a last minute decision. That’s normally how they come up; we never plan these things.”

For Richards, this tour will be different for a more personal reason: He has stopped drinking, for the most part. “It’s been about a year now,” Richards says quietly. “I pulled the plug on it. I got fed up with it.” While he admits he still has “a glass of wine occasionally, and a beer,” it’s a major step for a guy whose hedonism is a key part of his legend. “It was time to quit,” Richards says. “Just like all the other stuff.” Was it an adjustment? “You can call it that, yeah,” he says with a laugh. “But I don’t notice any difference really – except for I don’t drink. I wasn’t feeling [right]. I’ve done it. I didn’t want that anymore.”

Wood, who got sober in 2010 after decades of substance abuse issues, couldn’t be happier about the news — and he notices big changes in his friend. “He’s a pleasure to work with,” Wood says. “Much more mellow. He’s open to more ideas, whereas before I’d kind of grit my teeth and go, ‘He’s gonna give me some shit for saying this.’ Now, he’ll say, ‘That’s cool, man.’ ”

“It just wasn’t working anymore, you know,” Wood says of Richards’ drinking. “I think the Keith that we used to know and love had this cutoff point where if he had one more, he’d go over the top and he’d be nasty. The cutoff point became shorter and shorter, you know, and he realized that.”

Wood says that sobriety made him ready for some key life events recently, including the birth of his twins Alice and Gracie in 2016 and a cancer scare two years later. “I was lucky to get on the wagon when I did and was ready for all the stuff that came at me, cancer and all that. Luckily it was all in one place and I had it removed. I got my life again – I got a second chance and my little girls and my whole life now is so much better. I think Keith is seeing that kind of thing as well. And then he went on to the beers for a while, he cut down slowly, and now, you know, good luck to him. If he’s gonna keep it up, I’ll be there, full support.”

Richards says he’s noticed a difference onstage at the band’s early 2018 shows: “It was interesting to play sober.” Adds Wood, “We’re weaving [guitar parts] a lot more conscientiously now. We’re much more aware of the gaps and the spaces between. We’re in our seventies, but we’re still rocking like we’re 40-year-olds, you know?”

The Stones plan to bring those good feelings into the studio as they continue work on their first LP of original songs since 2005’s A Bigger Bang. Though Jagger and Richards have been writing and recording together for the past few years, Wood says they recently listened to 12 or so tracks and decided to keep working. “Mick and Keith wanted to make sure the songs were really good, so we’ve sort of taken a step back again, have a listen, put more into the pot,” says Wood.

Last year, drummer Charlie Watts — the group’s oldest member, at 77 — hinted at retirement, saying “it wouldn’t bother me” if the band stopped. But Wood waves off that idea. “He thrives on the music, whether he’ll own up to it or not,” he says. “When he’s playing with the band, his health gets better, he looks healthier, he’s funny, he enjoys life more. It’s damn hard work that he does. He has to have his back massage after every gig ’cause it’s a lot of physical effort playing those drums for our set, you know.”

Richards, meanwhile, says he’s taking the future “one tour at a time.” So far, so good: Stones sources say the upcoming dates are selling out even faster than 2015’s Zip Code Tour. “Maybe this will be the last one,” Richards admits, although he hopes it isn’t. “It’s what I do, man. Give me 50,000 people and I feel right at home. As Ronnie and I often say before we go on, ‘Let’s get onstage and get some peace and quiet.’ ”