Michael Cohen, the former "fixer" for President Donald Trump, is sentenced to three years in prison

Cohen's lawyers argued that their client, who cooperated with federal prosecutors, should not serve time in prison 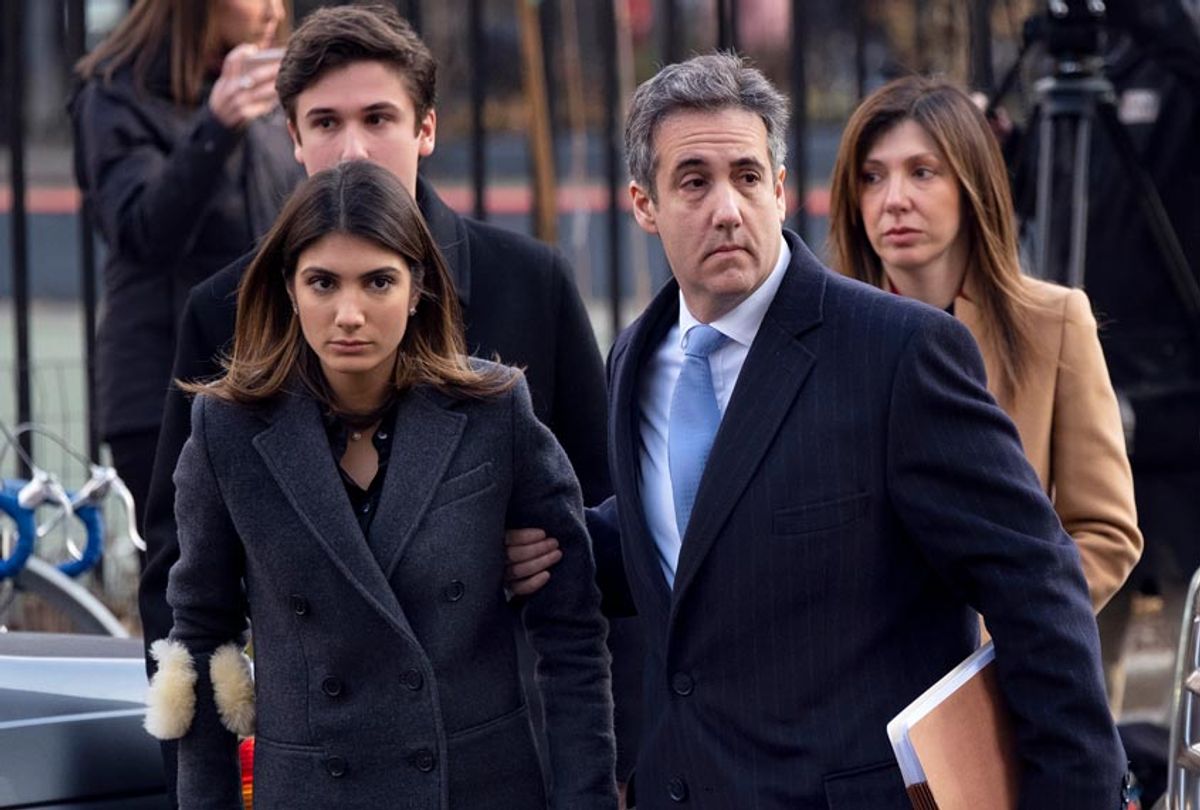 Michael Cohen, the attorney who spent many years working as President Donald Trump's personal "fixer," was sentenced to three years in prison on Wednesday morning by U.S. District Judge William H. Pauley III for his role in buying the silence of women who alleged affairs with the future president during the 2016 presidential election. Cohen also pleaded guilty to financial crimes, campaign finance violations and lying to Congress.

Cohen made an emotional, teary apology to the judge and confessed that his "weakness could be characterized as blind loyalty to Donald Trump," the Washington Post reports.

Pauly said Cohen had committed a "smorgasbord" of crimes involving "deception" stemming from "personal greed and ambition," the New York Times reports. He added, "as a lawyer, Mr. Cohen should have known better." He also ordered Cohen to pay nearly $2 million in financial penalties for his crimes.

Cohen's sentencing is unusual because it involves guilty pleas that he made in two separate cases: one brought by prosecutors in New York over tax evasion, bank fraud allegations and campaign finance violations; and a later one by the team of special counsel Robert Mueller, who is investigating Russian meddling in the 2016 presidential election. The investigation into Cohen's business dealings placed him under immense pressure in the Southern District of New York, while Mueller continued his separate investigation. (Some of the evidence incriminating Cohen was reportedly uncovered by Mueller's investigators, who then handed it over to federal prosecutors.)

In the case brought by Mueller's office, Cohen pleaded guilty to lying to Congress about a Trump Tower project in Moscow, as well as about the extent of Trump's involvement. Cohen revealed that Trump was personally aware of the deal, signing a letter of intent and discussing it with Cohen on two other occasions.

The Manhattan U.S. Attorney's Office's investigation of Cohen emerged into public view in April after FBI agents raided his office, apartment and hotel room. Agents seized a trove of potential evidence contained in eight boxes of paperwork, about 30 cellphones, iPads and computers — and even the contents of one of his shredders.

Four months later, on Aug. 21, Cohen pleaded guilty to campaign finance charges and admitted that he paid off adult film actress Stormy Daniels "at the direction of the candidate," referring to Trump, "for the principal purpose of influencing the election" for president in 2016. The $130,000 payment to Daniels is considered by the government to be an illegal donation to Trump's campaign since it was intended to improve Trump's election chances. The legal limit for individual contributions is $2,700 in a general election.

Cohen also admitted he arranged a $150,000 payment by American Media Inc. to a former Playboy playmate, Karen McDougal, in late summer 2016 to silence her about an alleged affair she says she had with Trump. He also pleaded guilty to multiple counts of tax evasion, bank fraud and making false statements regarding a credit decision.

On Nov. 29, Cohen pleaded guilty again after he was charged by Mueller's office of lying to Congress.

Cohen's lawyers had previously argued that he should not serve time in prison. In a court filing, Cohen's legal team wrote that his misdeeds arose out of his "fierce loyalty" to Trump, who is referred to as "Client-1."

"Michael regrets that his vigor in promoting Client-1's interests in the heat of political battle led him to abandon good judgment and cross legal lines," his lawyer wrote.

Cohen's lawyers said in the filing that he was in "close and regular contact with White House-based staff and legal counsel" when he made false statements in 2017 to the Senate Intelligence Committee about the Trump Tower Moscow project and that he acted at Trump's direction in paying off the women who alleged affairs with the future president.

Trump and his legal team have attempted to downplay the crimes Cohen pleaded guilty to last month and implicated the president in. Trump has said that Cohen deserves a "full and complete" sentence. The president at first denied having the affairs but later acknowledged them. This week, he insisted that the hush-money payments to women were "a simple private transaction" rather than a violation of campaign finance law. He also said that, even if the hush-money payments were campaign transactions, any failure to obey federal election regulations should be considered only a civil offense – not a criminal one.

On Monday, Trump accused the Democrats of zeroing in on the campaign finance charges, because – he alleged – they had not been able to prove he colluded with Russia to influence the outcome of the 2016 election. "Cohen just trying to get his sentence reduced," Trump wrote on Twitter. "WITCH HUNT!"

Trump has also recently slammed Cohen as a "weak person," who is lying to get a more lenient prison sentence. Cohen, however, never signed a formal cooperation agreement with prosecutors in Manhattan.

Cohen, who was previously one of the president's most loyal and ardent defenders in business in politics, indicated earlier this year that his loyalty to Trump might be wavering as he vowed to "put family and country first" by cooperating with prosecutors. His decision to cooperate with Mueller has made him arguably one of the most key witnesses against his former boss — and the special counsel's office, for its part, appears to view Cohen as a valuable cooperator who can highlight Trump's business dealings as Mueller continues to probe any connection the president has to Russia. Mueller's prosecutors did not recommend a specific sentence in their case and said that Cohen should not receive additional prison time beyond his sentence in the New York case.

Mueller's team credited Cohen with providing "useful information" about the ongoing Russia investigation, as well as "relevant information" about his contacts with people connected to the White in 2017 and 2018, suggesting an ongoing inquiry into obstruction of justice. Notably, the special counsel indicates that Cohen "described the circumstances of preparing and circulating his response to the congressional inquiries, while continuing to accept responsibility for the false statements within it." That statement signals that Mueller believes someone in the Trump administration knew of and approved in advance Cohen's misleading statements to Congress, which is potentially impeachable if Trump himself is implicated.