The face of reproductive health has long been white, and powerful black women are starting to change that now 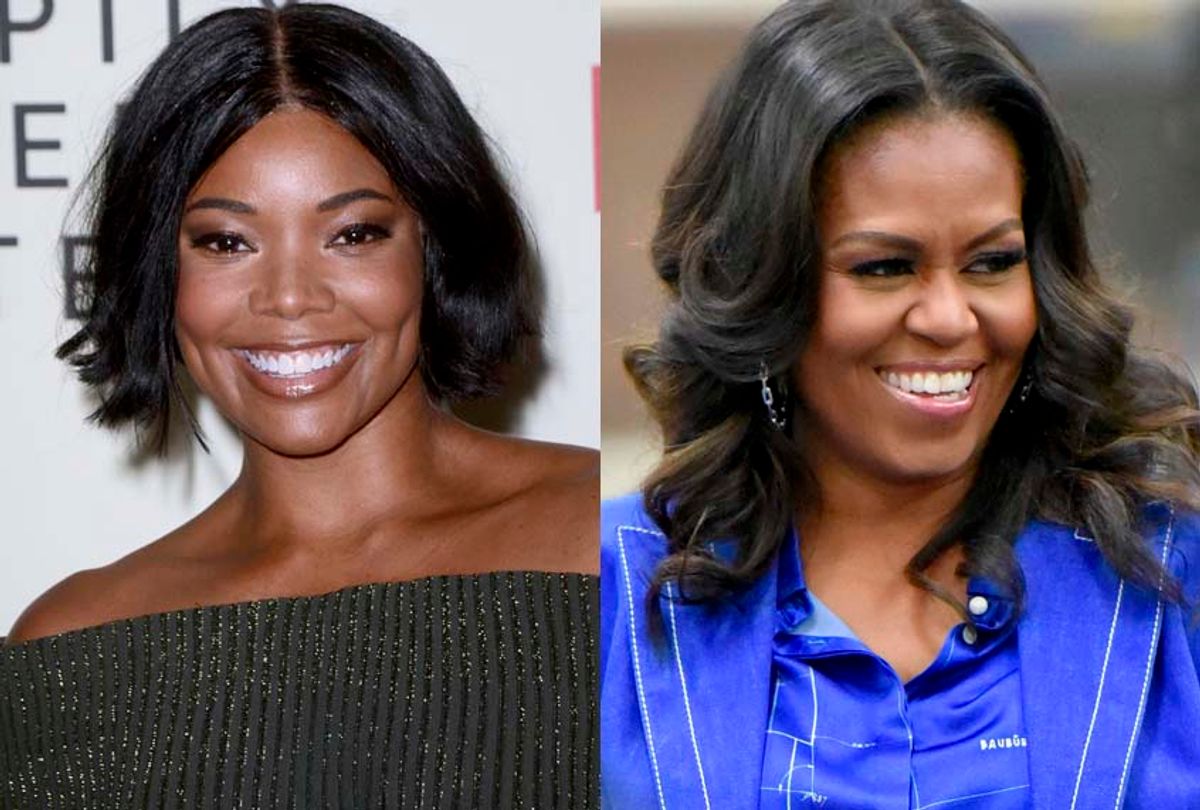 "There's many paths to parenthood, to motherhood," Gabrielle Union told Oprah during a recent sit-down interview following the birth of the actress' daughter via surrogacy. "It doesn't have to match your friends, or your sisters, or your mamas; every path is real, and beautiful and valid and worthwhile. But more than anything, you are not alone. You don't have to suffer in silence."

It was a moving message coming from Union, a first-time mother at 46 (though she has three stepsons) who has been generously transparent about her complicated, emotional journey to motherhood.

Since Kaavia James Union Wade's birth, Union has used Instagram to feature loving messages for her daughter, as well as montages of the conception and birthing process. But it's not all been idyllic Hollywood-style moments, like Oprah Winfrey bringing a massive baby gift basket to her house. Union also revealed that she was misdiagnosed in her 20s, went through years of in vitro fertilization (IVF) and suffered eight or nine miscarriages before switching courses to surrogacy.

"For lots of people/families who have been on their own unique fertility/family creation journey, hope can feel like a cruel joke that plays on repeat," she wrote on one Instagram post, where Union stands over her husband, the Miami Heat's Dwyane Wade, cradling his head in her hands. In this photo, they both look like they are praying.

Social media is often and rightly criticized for its pitfalls, especially around privacy, but as Union's Instagram shows, it also provides opportunities to connect with people, creating a community of women and their families who can bond over shared experiences — who see hope in Union's honesty and path to motherhood.

Union isn't the only powerful black woman speaking publicly, candidly, and vulnerably about fertility challenges. In former first lady Michelle Obama's memoir "Becoming," she discloses that her two daughters were born through IVF, after she suffered a miscarriage.

"I felt lost and alone and I felt like I failed," Obama said on "Good Morning America." "Because I didn't know how common miscarriages were, because we don't talk about them. We sit in our own pain, thinking that somehow we're broken. . . I think it's the worst thing that we do to each other as women, not share the truth about our bodies and how they work and how they don't work."

Both Obama and Union are helping to break the code of silence that's a symptom of the cultural shame cast on women who struggle with "normal" pregnancy, a standard too often prescribed as essential to womanhood, which relegates so many to the margins, including women who are infertile, disabled, transgender, or who don't want to have children. But it's particularly powerful for Union and Obama to be cultivating these conversations with the public — by doing so, they are helping to create space for women of color, and black women especially, to be at the center of these issues. This is a particularly radical endeavor when you take note of who is traditionally centered in conversations about infertility, and more importantly, who is typically left out.

As Belle Boggs, author of the "The Art of Waiting: On Fertility, Medicine, and Motherhood," writes for the Atlantic:

Film and television portrayals of infertile women, like Tamara Jenkins’s widely praised Private Life, again and again show women from the same demographic: older, heterosexual, upper-middle-class, educated, white. This image is so common that many doctors have internalized the stereotype, assuming that white women are most at risk for infertility. This misperception can affect research, referrals to reproductive endocrinologists, and outreach to potential patients. The law professor Jim Hawkins’s 2012 study of fertility-clinic advertising found that 97 percent of clinics included photographs of white babies on their website, and 62 percent featured only photographs of white babies. Hawkins speculated that this skewed advertising risked driving away minority patients, and warned of the possibility that treatments themselves "entrench racist norms."

There's a long history of racial bias in medicine. The pain of black patients is frequently taken less seriously than that of white patients, and thus black patients are often prescribed less pain medication. There are many studies that show that medical professionals in general have a preference for white patients and a bias against black ones, which creates an overall disparity in treatment, health and recovery. It's no surprise then that a new study found that when it comes to infertility, black women were less likely to visit a doctor and also waited twice as long before seeking help than white woman.

"There’s a historical system that has been used to deny black women the status of true womanhood," Ronisha Browdy, an English professor at North Carolina State University, told the Atlantic. "Mothering is also attached to black women in stereotypical ways, whether they have children or not—they were situated within slavery as 'mammy' and sexually exploited as breeders."

These stereotypes have evolved, but remain pervasive. "I was seeing all these stereotypes of super-fertility and over-sexualization in the black community, when I was also hearing personal stories of women and families who were struggling to become parents and who felt like they were anomalies," Regina Townsend told the Atlantic. She's the founder of the Broken Brown Egg, a blog dedicated to infertility and reproductive health awareness for black women. "There needed to be some balance," she added.

By using their huge platforms to speak about deeply personal issues that nonetheless affect women of all backgrounds and ethnicities, Union and Obama are helping to create that crucial balance. Representation is important and necessary, but beyond that, their efforts to normalize infertility and maternal health conversations for women of color will hopefully encourage other marginalized, less famous women to come forward with their own struggles.

And as Serena Williams' birth and postpartum story underscores, maternal health struggles don't necessarily end with a baby's birth. The tennis superstar has been vocal about the life-threatening complications she faced after giving birth, as well as her battle to be heard and believed every step of the way. And she's been equally forthcoming about dealing with postpartum depression. In an Instagram post in August, Williams spoke about the lingering effects of PPD and feeling like she wasn't "a good mom" as she navigates the delicate and gendered balancing act between motherhood and having a thriving career. Only by talking with her family did she begin to understand her feelings are expected and valid. "Most of you moms deal with the same thing," Williams wrote. "I’m here to say: if you are having a rough day or week — it’s ok — I am, too!!!"

In a nation where racism continues to encroach all areas of life, from interactions with the police to housing and education, black mothers (aspiring or otherwise) remain most vulnerable to subpar treatment and care. When black women celebrities like Union, Obama and Williams share stories about their paths to motherhood and their challenges, it doesn't obliterate the systemic racism that leads to alarming disparities in black infant and maternal mortality rates or police ripping a 1-year-old baby out of a black mother's arms." But their vulnerability and their willingness to bravely publicly share their experiences amplifies the urgency for humanity and empathy that for centuries has been outright missing or lacking in how black women and mothers are treated by white America.

There's much work to do to change the face of a public conversation that has been dominated by white women and to bring about equality when it comes to reproductive health and maternal justice. But as Williams, Obama, and Union speak out, the hope is that women who aren't wealthy and famous also feel encouraged, supported, trusted — and believed — in whatever stage they are in or path they decide to take when to comes to motherhood.

For Union, her initial hope is that women know they are not alone. "So many people are suffering in silence," she told Oprah, "and when we're candid and transparent about our journeys — no matter what those journeys are — you are allowing people to be seen and heard and empowered in ways that they've never been."