Fishing sharks for prize money devalues our respect for nature 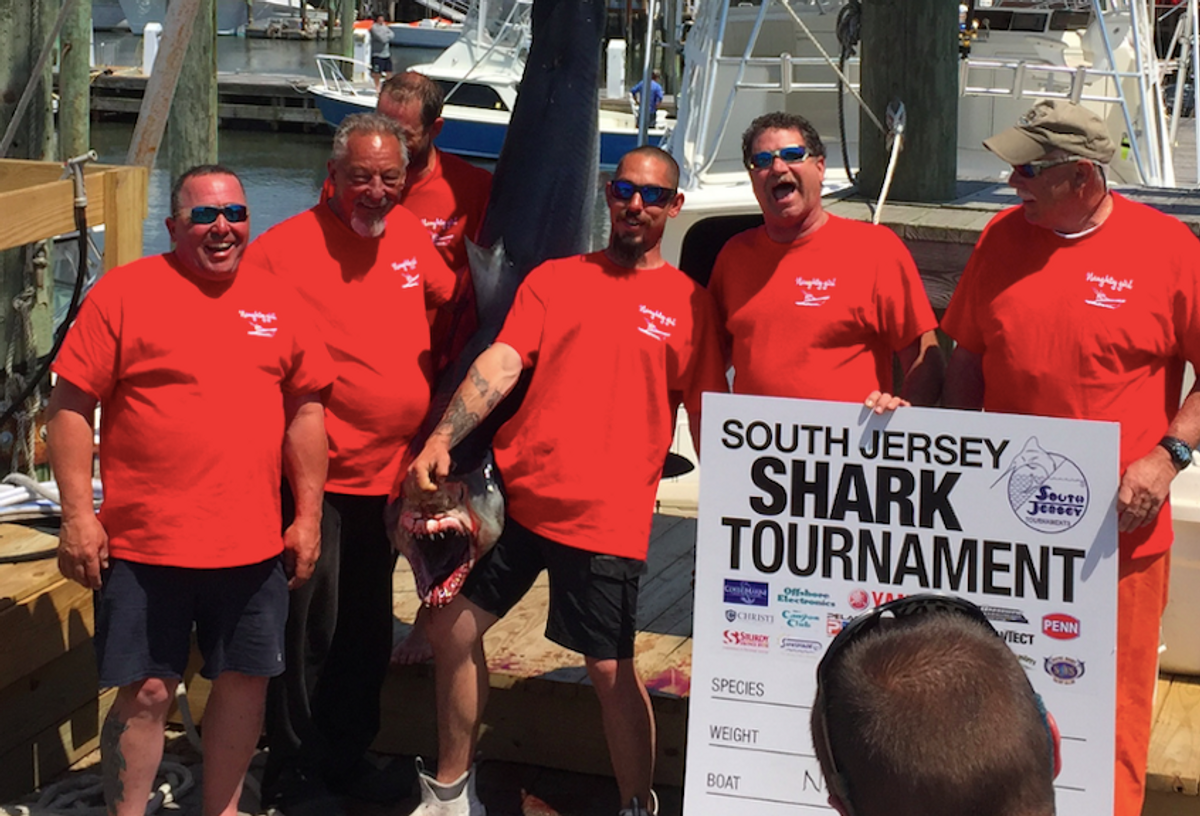 This article was produced by Earth | Food | Life, a project of the Independent Media Institute, and was originally published on Truthout.

Just over three years ago, I was clinging to a rock in 20 meters of water, trying to stop the current from pulling me out to sea. I peered out into the gloom of the Pacific. Suddenly, three big dark shapes came into view, moving in a jerky, yet somehow smooth and majestic manner. I looked directly into the left eyes of hammerhead sharks as they swam past, maybe 10 meters from me. I could see the gill slits, the brown skin. But most of all, what struck me was just how big these animals are — far from the biggest sharks in the seas, but incredibly powerfully built and solid. These are truly magnificent creatures.

These animals (by which I mean any large shark, not just hammerheads) are at the top of the marine food chain. They are important keystone predators that can help structure marine ecosystems. Their role as predators can even help with carbon dynamics, keeping carbon locked up in marine sediments, or by controlling the amount of respiring biomass in our seas. 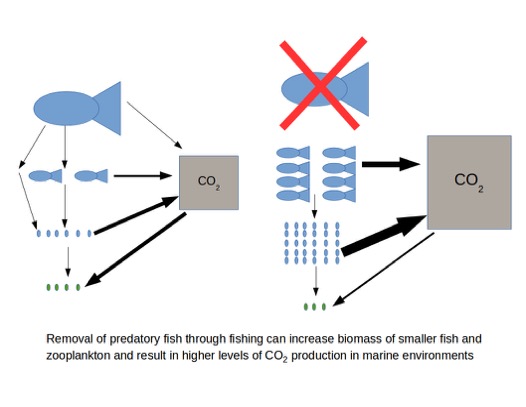 The graphic above shows how top predators such as sharks can control marine communities and help prevent climate change. Fewer top predators result in an overall greater biomass of small fish and zooplankton. The respiration of this increased biomass produces more carbon dioxide. (Image provided by the author under a creative commons license, CC BY 4.0)[/caption]

Sharks have low reproductive rates, making them especially susceptible to overfishing. Many species targeted by shark fishing tournaments (including all thresher sharks, porbeagle and makos, three of the most commonly targeted species) are already classified as vulnerable or threatened by international conservation organizations, meaning they should be protected, not killed, especially for recreation or competition.

Sharks are fished recreationally and as part of fishing tournaments in many places, including Australia and South Africa. However, it is typically the East Coast of the U.S. which has specific tournaments focusing solely on sharks. These large shark fishing tournaments can have between a few dozen to a few hundredcompetitors, but competitors will only land the largest of these sharks. Smaller “bycatch” may go unreported, with reportsof up to 16 sharks being “discarded” per boat. This catch-and-release can also be fatal to sharks, especially species such as threshers, which show a high degree of mortality after being released.

Given there are typically around 70 shark fishing tournaments per year on the East Coast of the U.S., this gives an upper estimate of around 70,000 sharks that could potentially be killed solely for the purposes of competition in this area (this is very much an upper estimate, assuming 100 competitors per tournament and 10 sharks killed, either through landing or discard mortality, per competitor). Overall, recreational shark fishing in the U.S. is similar to or greater than the commercial catch — in 2014, 226,000 sharks were killed from recreational fishing, with potentially more dying as a result of catch and release.

However, some perspective is needed here. The Pew Charitable Trust estimates that between 63 and 273 million sharks are fished from the ocean every year by commercial fishers, most often targeting shark fins. The numbers are highly uncertain, partly as so much shark fishing activity is illegal. Shark tournaments certainly kill fewer sharks than this commercial catch; however, the numbers caught and the low number of species targeted in relatively localized areas can still be high, especially on top of already highly depleted populations.

Furthermore, while fecundity (the number of offspring an individual can produce) can be difficult to measure in sharks, a common trend (which holds true in species such as dusky smooth hounds) shows that fecundity levels off with age (once mature, there is no further increase), but continues to increase with size (bigger sharks produce more offspring). This means selecting the biggest sharks may have an effect on the reproductive potential of the species.

This change may be long-term too. In many commercial fish stocks, evolutionary change has occurred as a result of fishing the largest individuals, with species evolving to be smaller due to the human-induced selective pressures of being large. While far more research would be needed for comprehensive knowledge, social structure, mate choice and aggression can all be influenced by body size, and fishing for the largest individuals may have bigger consequences than was previously thought.

While the removal of top predators from any ecosystem is a concern, the population effects of shark fishing tournaments are clearly lower for sharks than worldwide commercial fishing. However, the conservation implications of these tournaments are greater than can be conveyed by mere numbers. In his book "Animate Earth," Stephan Harding puts forward the case for equality of humans and animals, and argues that the removal of the hierarchy where humans preside over nature should allow us far greater respect for the natural environment. This builds on the foundations of bioethicist Peter Singer’s work on equality in the late 1970s, in which he argued for equality of humans and animals. While Singer’s work is an extension of human rights, Harding’s ideas are to place us within nature, not above it, and hence develop a deep respect for plants, animals and even microbes, in a similar manner to many Indigenous cultures.

At present, our planet is under a multitude of human-caused threats. Climate change, deforestation, overfishing, biodiversity loss and pollution all have a common cause, which stems from an economic and political system which treats the planet’s natural resources as either an unlimited all-you-can-eat buffet, or a drain in which we can continuously pour our waste. To address these environmental issues, we need to learn to respect nature.

Fishing sharks for prize money is the absolute antithesis of respect for nature. It places man (and it is typically white male-dominated) as the absolute power and pinnacle of life on Earth. Participants parade around with their ocean kills for the ability to receive prize money to spend and consume even more. It enforces the view that nature is there, not just to exploit for food, but to exploit for enjoyment and financial gain.

If we are to overcome the multitude of environmental threats that are urgently facing humankind, we need a major change in attitude, from exploiting nature as we see fit, to living as a harmonious part of nature. While shark fishing tournaments do target endangered species and will have negative effects on marine ecosystems, it is important to remember this is not an argument solely about numbers killed or “sustainability” of the shark populations, but about the greater environmental consequences of the messages it conveys.

Take Action: Urge Chris Oliver, the Assistant Administrator for Fisheries at NOAA Fisheries, to stop the killing of IUCN Red List threatened species such as mako and thresher sharks at shark tournaments and rodeos in the USA.

Rick Stafford is a professor of marine biology and conservation at Bournemouth University. His current work combines ecology, statistics and models, economics, politics and policy, and an understanding of the role and needs of people in protecting the marine environment. Follow him on Twitter: @rick7575.