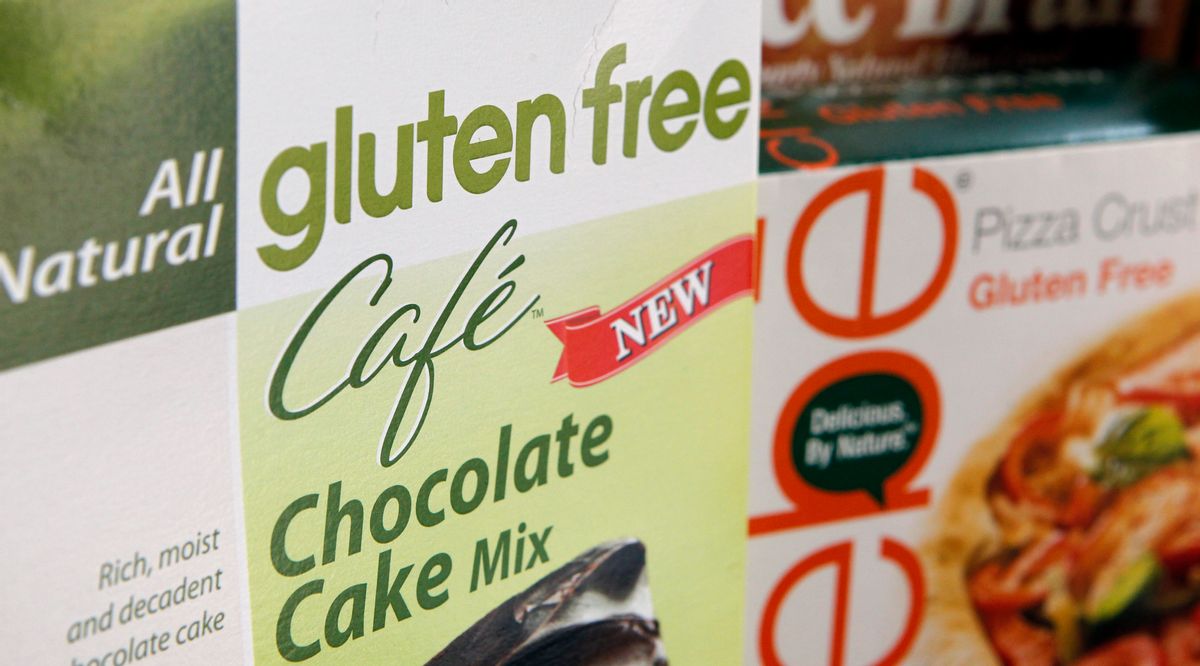 Researchers are studying a vaccine that could protect people with celiac disease from accidental exposure to gluten.

The hope is that someday the vaccine will allow people with the ailment to return to a diet that includes grains such as wheat, rye, and barley.

The Nexvax2 vaccine has cleared initial safety testing and 150 people are now being enrolled in a randomized, double-blind, placebo-controlled phase II clinical trial to test the treatment’s effectiveness.

Testing will be conducted in the United States, Australia, and New Zealand by vaccine developer ImmusanT Inc.

Celiac disease is an autoimmune disease where the body’s T cells attack tissues and organs in response to the presence of gluten proteins found in grain.

The result is inflammation in the gut and throughout the body, causing acute digestive symptoms such as diarrhea, constipation, and bloating as well as fatigue, nausea, and weight loss.

Read more Healthline: I Don’t Have Celiac Disease and I Still Avoid Gluten – Here’s Why

“Once activated by gluten, these T cells wreak havoc on a number of organ systems in the body, including the gut, the skin, and hematologic system, increasing risk for the development of lymphoma,” Dr. Tania Elliott, a spokesperson for the American College of Allergy, Asthma and Immunology, told Healthline.

Celiac disease is sometimes called a gluten allergy, but unlike pet or pollen allergies, celiac is genetically inherited.

Up to 90 percent of people with the disease carry a genetic variant called HLA-DQ2.5, which is involved in immune response.

About 3 million people in the United States live with celiac disease.

“Celiac disease is unique in that we know the specific gluten peptides that trigger bowel inflammation, making it a model disease to try this therapy,” Dr. Carol Semrad, a gastroenterologist at the University of Chicago Celiac Disease Center and a NexVax2 researcher, told Healthline.

“If successful, this vaccine will change the lives of those with celiac disease, allowing them to tolerate gluten, and holds promise for therapy of other autoimmune diseases such as type 1 diabetes mellitus and rheumatoid arthritis.”

“There’s a huge unmet need for treatment,” Leslie Williams, ImmusanT chief executive officer, told Healthline. “Initially, we want to protect people from inadvertent exposure to gluten, and ultimately we hope to allow them to return to an unrestricted diet.”

Teaching T cells to chill out

The vaccine “reprograms” the T cells by exposing them to isolated gluten peptides.

In the clinical trial, dosing will increase gradually over the course of four months.

Researchers will use both biomarkers for inflammation and endoscopic examination to monitor immune response in the participants.

In the phase I trial, the dose of gluten peptides maxed out at the equivalent of consuming two loaves of bread without patients suffering ill effects, said Williams.

Study subjects, who all carry the HLA-DQ2.5 gene variant, will continue to self-administer weekly boosters of Nexvax2 after the initial treatment to determine if the immunosuppressive effect can be maintained in the long term.

“We think over time that durable tolerance will happen with patients,” said Williams.

She noted that the process can often take years with allergies and organ transplants.

If Nexvax2 clears all three stages of testing as currently scheduled and receives approval from the U.S. Food and Drug Administration (FDA), it could hit the market as a treatment for celiac disease as early as 2023, ImmusanT officials said.

The “desensitization” approach taken with Nexvax2 is similar to that commonly used to restore tolerance of other types of allergens.

“By preventing T-cells from continuing to cause inflammation in the small intestine, the injured tissue heals and patients would be able to resume an unrestricted diet and enjoy improved health,” according to an ImmusanT statement. “Booster shots of Nexvax2 would offer periodic reinforcements of the treatment to establish a prolonged tolerance to gluten.”

Study subjects will maintain a gluten-free diet before and throughout the duration of the study.

“The gluten-free diet is the only current treatment for celiac disease, but it is onerous, complex and not always effective,” said Jason Tye-Din, PhD, principal investigator at the Royal Melbourne Hospital and head of celiac research at the Walter and Eliza Hall Institute of Medical Research in Melbourne, Australia.

“Even the most diligent patients can suffer the adverse effects of accidental exposure. This study will test if Nexvax2 can specifically target the immune response to gluten in people with celiac disease and modify associated symptoms.”

Many people with celiac disease have been closely tracking the development of the Nexvax2 vaccine, disease experts say.

“Contrary to the public-held belief that the gluten-free diet is all that is necessary to treat celiac disease, celiac patients want therapeutic treatments to aid in managing the serious risk of cross-contact with gluten,” Marilyn G. Geller, chief executive officer of the Celiac Disease Foundation, told Healthline.

She noted that patients in the foundation’s iCureCeliac registry report miss an average of 23 days of work or school annually due to accidental ingestion of gluten.