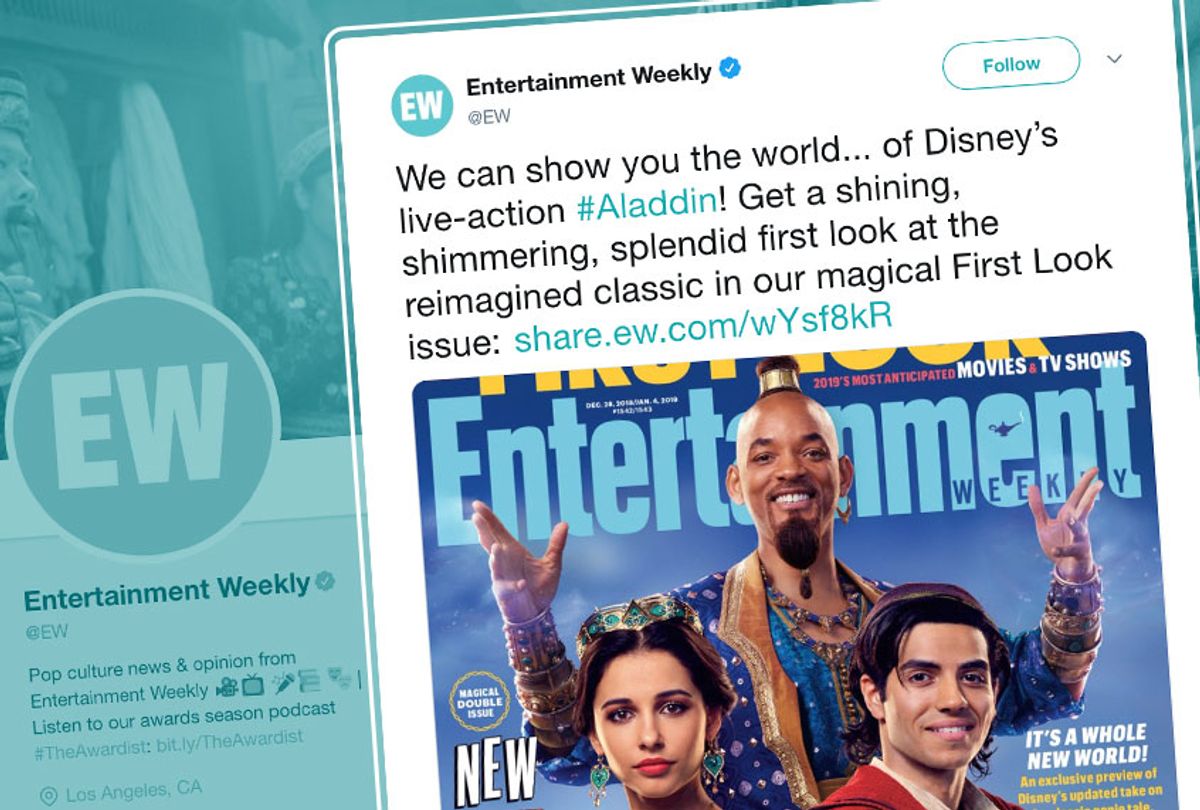 When Disney debuted the first trailer for its upcoming live-action “Aladdin” remake, one thing that was missing was a physical look at Will Smith as the iconic Genie, famously voiced in the animated film by Robin Williams. Disney has finally pulled back the curtain on Smith’s transformation by debuting first look photos of him in character on Entertainment Weekly.

“Whenever you’re doing things that are iconic, it’s always terrifying,” Smith told EW about taking on the role. “The question is always: Where was there meat left on the bone? Robin didn’t leave a lot of meat on the bone with the character… I started to feel confident that I could deliver something that was an homage to Robin Williams but was musically different. Just the flavor of the character would be different enough and unique enough that it would be in a different lane, versus trying to compete.”

While the first look photos below find Smith as the Genie’s human form, the character’s floating blue lamp look is still being worked on in post-production. Director Guy Ritchie teased the look of Smith’s VFX Genie by saying, “I wanted a muscular 1970s dad. He was big enough to feel like a force — not so muscular that he looked like he was counting his calories, but formidable enough to look like you knew when he was in the room.”

To put his own stamp on the character, Smith said he channeled his famous roles from the 1990s, including “Independence Day,” “Bad Boys,” and “The Fresh Prince of Bel-Air.” A Disney executive told EW Smith’s Genie is “part Fresh Prince, part Hitch.”

“I think it’ll stand out as unique even in the Disney world,” Smith says. “There hasn’t been a lot of that hip-hop flavor in Disney history.”

“Aladdin” stars relative newcomer Mena Massoud in the title role of a thief who discovers a magic lamp containing a Genie. Aladdin tries to hide the lamp from the villainous Jafar by pretending to be a wealthy prince, but his disguise gets in the way of his real feelings for the Sultan’s daughter, Princess Jasmine. The film is one of several live-action Disney remakes arriving in 2019, others being “The Lion King” and “Dumbo.”

Disney will open “Aladdin” nationwide in theaters May 24.