"And it’s a little worrisome to have a judge go off the deep end,” Newt Gingrich told the Fox News morning show 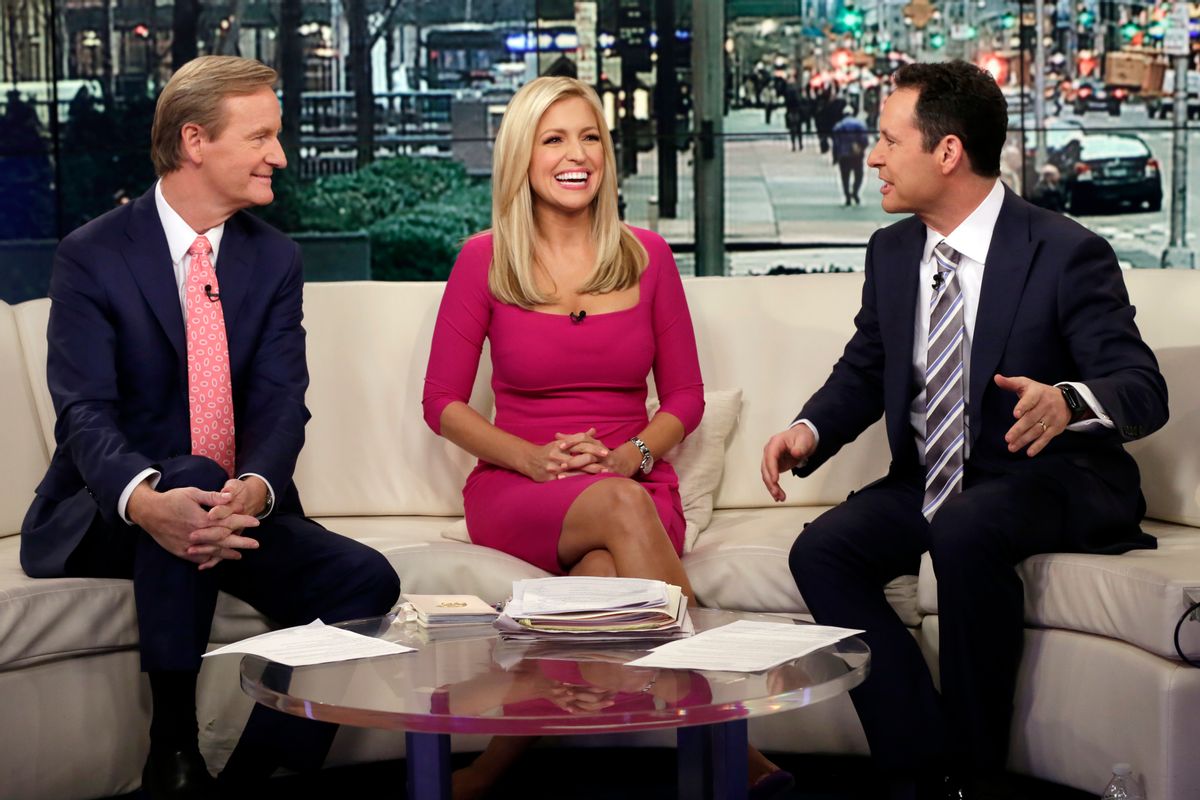 A Fox & Friends segment on Wednesday lashed out at a federal judge after he slammed former National Security Adviser Michael Flynn for betraying the United States by taking money from a foreign power.

Fox News host Brian Kilmeade noted on Wednesday’s morning’s show that Judge Emmet Sullivan had rebuked Flynn at a sentencing hearing on Tuesday because the former national security adviser had not registered as a foreign agent while lobbying on behalf of Turkey and he had lied about his communications with Russians to protect Donald Trump.

“I could not believe what took place yesterday,” Kilmeade complained. “[The court hearing] opened up with an eight minute rant by the judge as he reads out all of Flynn’s transgressions, he mistakenly says that his conduct was treasonous, he betrayed America and then they were going to defy the recommendations of the prosecution.”

“It looks like he was heading towards incarceration!” the Fox News host continued. “How do you explain the behavior of Judge Sullivan?”

“I have no idea what happened to the judge,” Fox News contributor Newt Gingrich replied. “That was not his reputation. And I think a lot of people who admire him were shocked by that performance. And a lot of what he said was just nonsense.”

“And it’s a little worrisome to have a judge go off the deep end,” he added. “And [to] think this guy how power of virtually life and death. Who knows what he’s going to do to Gen. Flynn now. But I thought it was pretty frightening if you have prosecutors who are overzealous and they’re pushing the limit, putting people in solitary confinement for months on end, and you have a judge who goes off the deep end, I think that’s pretty scary about the nature of freedom for most Americans.”

“Even if the [prosecutor’s] recommendation is for zero time behind bars,” Fox News co-host Ainsley Earhardt chimed in, “it’s all up to the judge, right?”

“He could probably be appealed,” Gingrich opined. “And given that rant, I would not be surprised to have Flynn’s lawyers preparing to move to a different judge because that was wild. I mean, I’ve never seen any judge quite lose it that badly.”

“And there’s so much at stake,” Kilmeade said. “And he got it wrong!”

“The judge got the timeline wrong,” co-host Steve Doocy explained, referring to Flynn’s time as a foreign agent for Turkey.

“And then he goes, ‘sorry,'” Kilmeade snapped. “Sorry! He apologizes later!”

Gingrich argued that defense attorneys should “move to take the case away from him because when a guy comes out and says that kind of stuff and then says, you know, ‘I really didn’t mean it,’ I wouldn’t want to have him judging me or anybody I know with that kind of attitude.”

“How easy is it to change judges?” Earhardt wondered. “It’s pretty easy?”

“No,” the others agreed.

“I don’t know if you can change,” Gingrich remarked. “But this is almost unprecedented to have a judge say these kinds of things.”

“What is this guy just winging it?” Kilmeade exclaimed.

“He must have had a bad morning,” Gingrich concluded. “But it’s scary if it’s a person who has the power of life and death.”