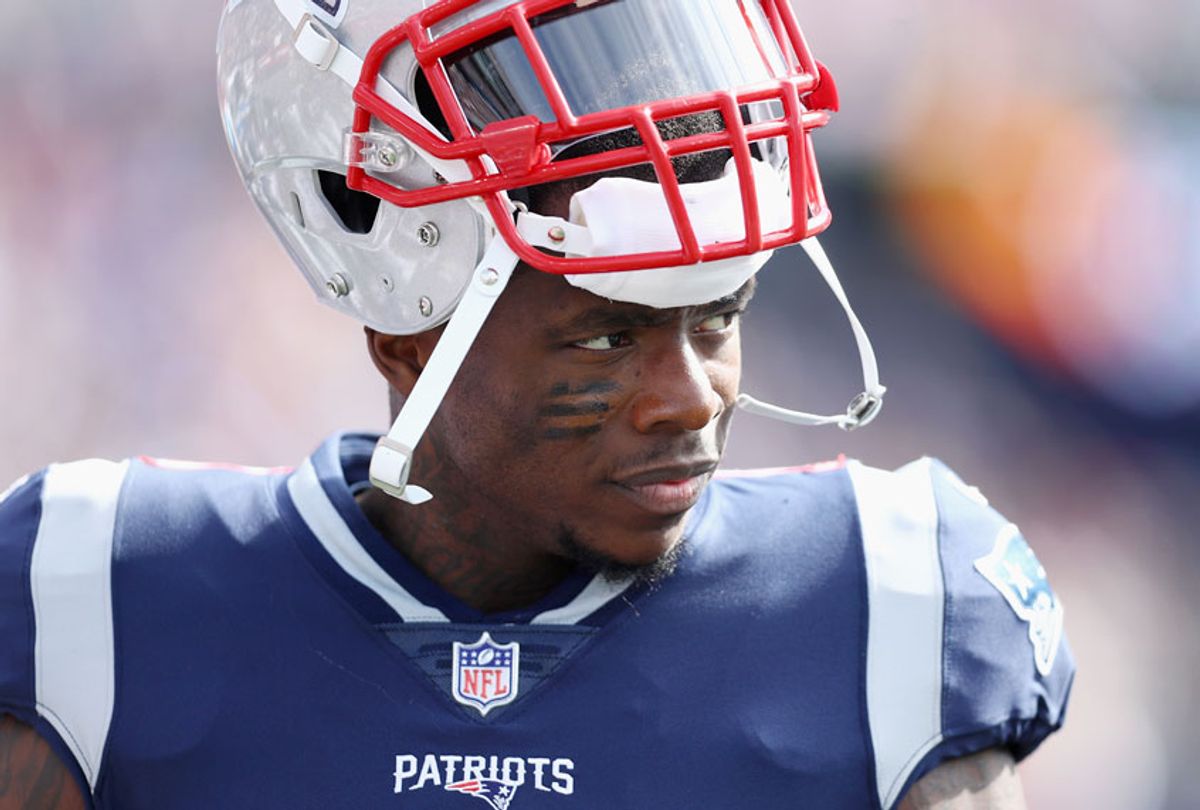 On Thursday,  wide receiver Josh Gordon announced he will be leaving the New England Patriots. The 27-year-old, who has struggled with alcoholism and substance abuse addiction, said he takes his mental health “very seriously,” hence the indefinite time off.

“I have recently felt like I could have a better grasp on things mentally,” Gordon said in his statement. “With that said, I will be stepping away from the football field for a bit to focus on my mental health.”

Following his statement, the National Football League released a statement reporting that Gordon had been suspended for a violation of the league’s drugs policy.

“Effective today, Josh Gordon has been returned to the Reserve/Commissioner Suspended list indefinitely for violating the terms of his conditional reinstatement under the Policy and Program for Substances of Abuse,” the league said in a statement.

For those who have not followed Gordon over the last few years, today’s news strikes a familiar note for a man who has struggled with addiction. In 2013, Gordon was suspended for the first two games because of substance abuse; the following season he missed 10 games, again because of substance abuse. In 2015, he missed the whole season, along with the season of 2016, and the most of 2017. Yet when Gordon plays, sports critics are quick to comment how he’s remarkable.

Regardless of the terms on which Gordon left — details that don’t necessarily need to be litigated in the national spotlight — his exit shows the potential for athlete-celebrities to set an example for American men who have been traumatized by the social pressure to hide their feelings and struggles. Gordon admits he openly struggles with substance abuse, and isn’t giving up on recovery — and his openness about this bucks the traditional mores that govern men, mores that tell them to withhold emotion and hide their shortcomings.

Gordon's openness marks an opportunity to broaden the definition of masculinity in America. Professional athletes, particularly in the NFL, are the paragon of American masculinity, which glorifies toughness, stoicism and self-reliance. Gordon is displaying more of what America needs to see from its men: vulnerability. And that isn’t easy to do when patriarchy has etched a definition of masculinity that fails to include the most human of all things: to express your emotions freely. By being open about his struggle with his addiction, Gordon is defying masculine norms that tell men to suck it up.

According to the Centers for Disease Control and Prevention, men are more likely than women to drink excessively. Men outnumber women in opioid overdoses. Suicide rates are highest in middle-aged men. Redefining masculinity is a feminist issue; wounded men are more likely hurt women. Yet when wounded men take responsibility for their health, and seek help, that could mean one less person hurt by that person’s pain.

There's wide agreement that our current conception of masculinity in America is stifling more than just men. Likewise, if you’re man of color, like Gordon — who admits freely that he had a rough childhood characterized by poverty and gang violence (as he penned in an open letter on Medium) — the cards are further stacked against you from the beginning. A 2015 academic study of mental health treatment disparities in American men noted that "African American men, compared with men from other racial/ethnic groups, are disproportionately exposed to socioeconomic inequalities that contribute to health disparities."

Zac Seidler, a psychologist and researcher at the University of Sydney, told me that Gordon’s latest announcement represents a “shift in the way that a new generation of men is handling their issues.”

“Drug use and mental illness has a problematic link in men specifically, and this has a lot to do with the way that men experience and express their distress,”  Seidler said in an email. “Some men find the internalized feelings of anxiety or depression too overwhelming to cope with, it conjures up feelings of weakness and failure. So instead, they externalize, they try to numb, avoid or deny — and what is better than a mood and mind altering substance to do that?”

This fits with Gordon’s lived experience, as he explained in a 2017 interview with GQ magazine. “I didn't want to feel anxiety, I didn't want to feel fear,” he said. “I didn't plan on living to 18. Day-to-day life, what's gonna happen next? So you self-medicate with Xanax, with marijuana, codeine—to help numb those nerves so you can just function every day. That became the norm from middle school to high school. So by the time I got into my 20s, I was on an accelerated pace.”

“Traditionally, men have been thought to seek help less than women as it is seen as weak, a form of dependence and in direct contradiction to the tenants of dominant manhood which promote self sufficiency and strength,” Seidler added.

Gordon is one of many male athletes over the last few years to leave sports for the sake of mental health, and it’s a trend worth commending.

“It’s a very good thing, it models maturity and it tells men who believe that masculinity is obligatory that it’s not, and you have to give your health priority,” Ronald F. Levant, a professor emeritus of psychology at University of Akron, told Salon.

Most importantly, it sets an example for the next generation of men. Studies have shown than children rank famous athletes high on the list of people they admire. How refreshing it is to see someone redefine strength by seeking help, and being strong enough to face one’s demons, rather than give in to societal norms that sustain trauma and abuse.