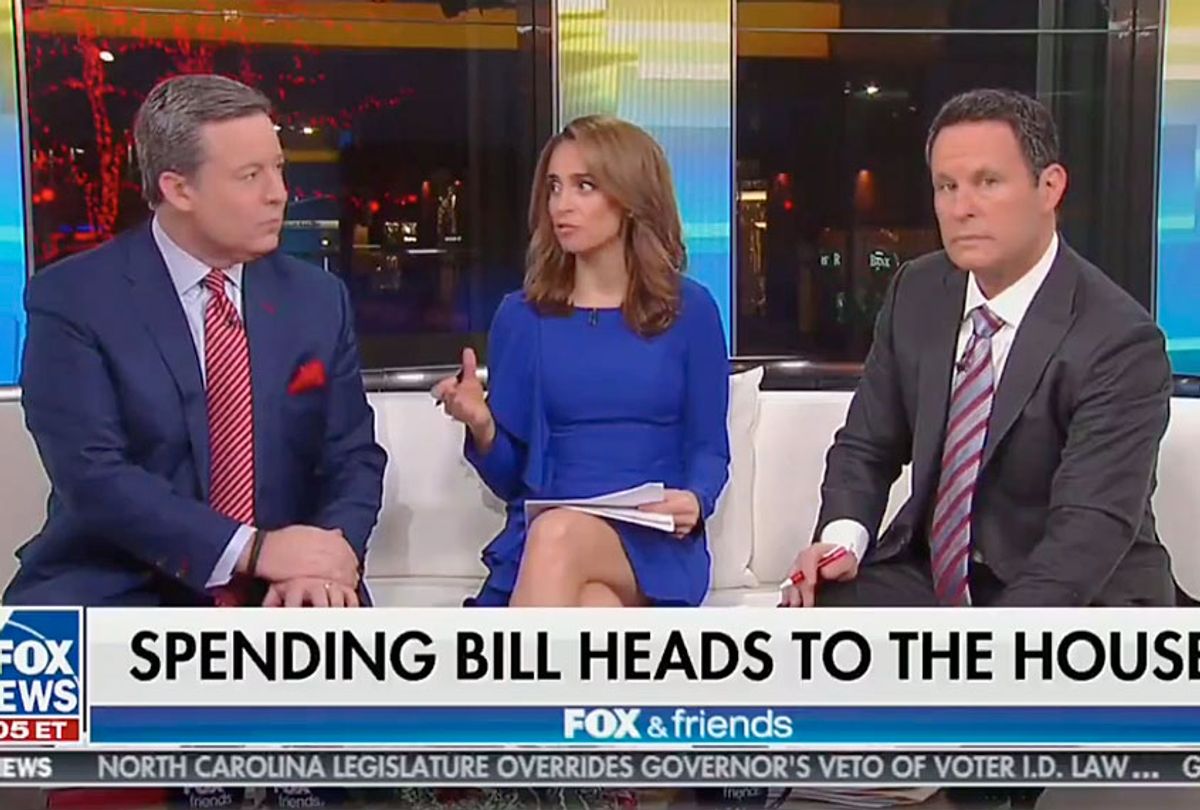 “Fox & Friends,” which is normally the most Trump-friendly morning cable news show, absolutely hammered President Donald Trump for caving on his promise to shut down the federal government unless Congress gave him funds to build a wall on the U.S.-Mexico border.

While discussing the GOP’s failure to fund the wall in the latest government spending bill, guest host Jedidiah Bila predicted that the president’s base would be enraged if the wall didn’t get built, even though Republicans have held both chambers of Congress for the past two years.

“This is going to be a problem for Republicans,” she said. “I think a lot of people who voted for President Trump counted on him on this particular issue, I think their feet were to the fire. And you see a lot of people around the country saying, ‘Hold on a second. You told us that you weren’t afraid to shut down the government, that’s why we like you. What happened? You just gave in right away?'”

Guest host Ed Henry then piped up to defend the president by claiming that “the border is more secure now than it was under President Obama” — but host Brian Kilmeade quickly shut him down.

“It seems like chaos,” Kilmeade said of the border. “And by the way, the amount of apprehensions has gone up — November, I think, was a record.”