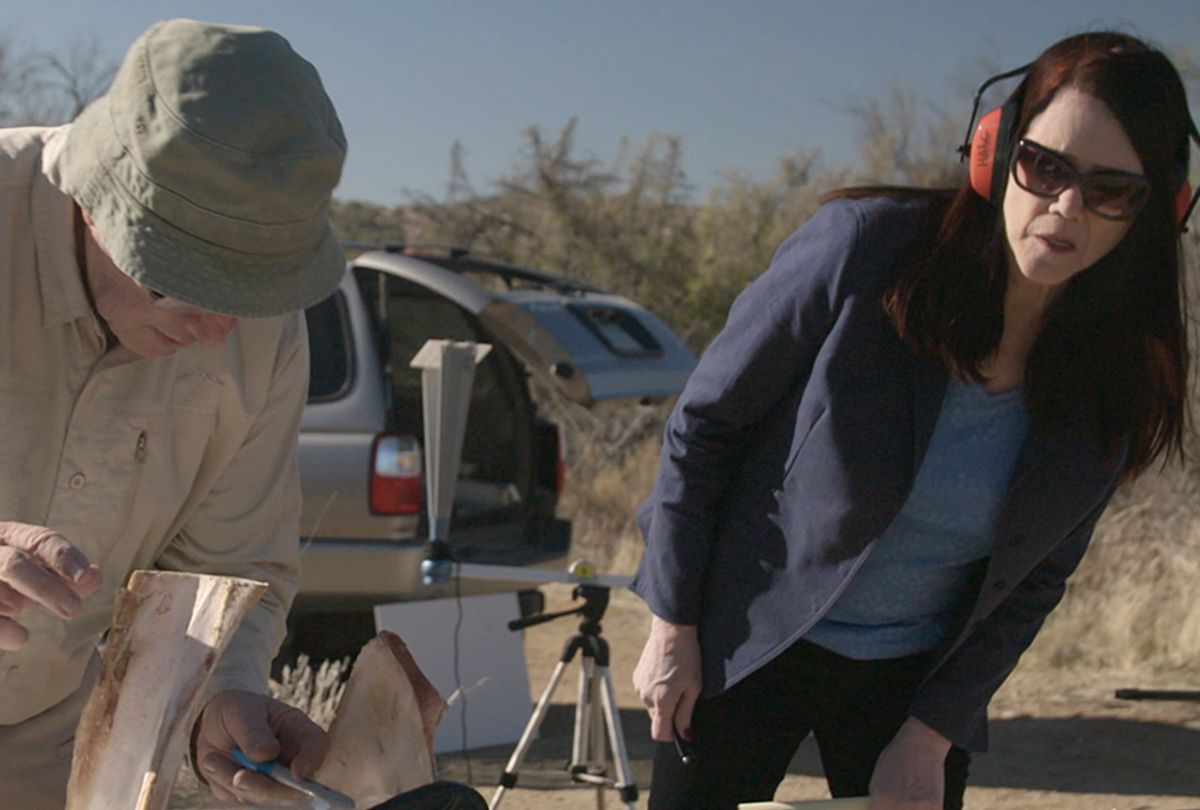 On December 17th, Andrew Colborn, a former officer with the Manitowoc County Sheriff’s Office, filed a lawsuit against Netflix and the filmmakers behind Making a Murderer, seeking unspecified damages for defamation, intentional infliction of emotional distress and negligence. Colborn was involved in the investigation of the 2005 murder of 25-year-old Teresa Halbach, and testified against Steven Avery and Brendan Dassey, who were found guilty at separate trials. The first season of the Netflix docuseries brought worldwide attention to the case, and over the course of 10 episodes, raised serious questions about the police investigation and the veracity of Avery and Dassey’s convictions. Colborn did not participate in filming, but his trial testimony, as well as other third-party footage, was featured repeatedly throughout the series. Colborn’s claim states that a search for his name used to return just two results, but following the release of Making a Murderer, there are now 1.8 million hits, “nearly all of them painting [him] in a negative light.”

“Despite overwhelming evidence proving Avery and Dassey’s guilt and the utter absence of evidence supporting defendant’s accusations of police misconduct, defendants falsely led viewers to the inescapable conclusion that plaintiff and others planted evidence to frame Avery for Halbach’s murder,” the complaint reads. “Defendants omitted, distorted, and falsified material and significant facts in an effort to portray plaintiff as a corrupt police officer who planted evidence to frame an innocent man. Defendants did so with actual malice and in order to make the film more profitable and more successful in the eyes of their peers, sacrificing and defaming the plaintiff’s character and reputation in the process.” Colborn’s attorney, Michael Greisbach – who wrote a book about the Avery case – could not be reached for comment.

Read more Rolling Stone: ‘Making a Murderer’: Everything That’s Happened Since Season One

Colborn references several pieces of evidence that were regarded as suspicious, and possibly planted, in the first season, including the key to Halbach’s RAV-4, which was found in Avery’s trailer, and the car itself, which was recovered from the Avery’s Salvage Yard. He accuses the filmmakers of editing or omitting available evidence and portions of his trial testimony in an effort “to lead viewers to falsely conclude” he was involved in framing Avery. His complaint includes an attachment which compares the court transcript of his testimony to the footage used in the series. According to Colborn, if the series had included the omitted evidence and testimony, Avery and Dassey’s guilt would have been “obvious” to viewers.

Colborn limits his claims to complaints about his portrayal in MaM’s first season. He omits any mention of the new evidence and additional allegations that have been made about his conduct in Making a Murderer’s second season, which was released in October, or in the thousands of pages of court documents filed by Avery’s attorney, Kathleen Zellner. As a result, several of his arguments defending the integrity of the evidence fall flat simply because they have already been refuted or are otherwise overshadowed by more serious allegations already in the public domain.

For example, during Avery’s trial, the defense questioned Colborn about discovering Halbach’s car key on the floor next to a bookcase in Avery’s bedroom. Avery’s trailer had been searched several times before the key was discovered, and the implication in the show was that Colborn and a fellow officer might have planted it. At trial, Colborn and other officers explained their belief that the key was tucked inside the bookcase, and must have fallen onto the carpet through a crack in the particle board. Colborn’s complaint accuses the filmmakers of editing and omitting testimony in a manner that minimized any reasonable explanation in order to maximize suspicion that the key was planted. He also says they did not include a photo of the bookcase where the crack in the back was visible.

“The basic theme of the complaint is flawed,” Zellner, who is not named in the suit, tells Rolling Stone. “He is going to have to show that, but for these few edits, the world would have viewed Sgt. Colborn differently. … If the public wanted an un-edited version it could order the trial transcripts. Filmmaking is not stenography.”

“We did an experiment with an identical bookcase – which we included in our court filing – that illustrates that Sgt. Colborn’s trial testimony regarding how the key fell out of the bookcase and landed on the west side of bookcase is demonstrably false,” Zellner tells Rolling Stone. “The Netflix producers chose not to include the experiment in MaM. If they had any malicious motive towards Colborn, that would have been included.”

Colborn doesn’t mention in his complaint that the RAV-4 key tested positive for Avery’s DNA, but  according to Zellner’s recent court filings, it offers even more evidence of planting.

“We also had our DNA scientist conduct experiments on the DNA quantity on the key,” Zellner explains. Footage of those experiments appeared in the second season. “Their conclusion was the amount of DNA on key was 10 times higher than it should have been, again suggesting Avery’s DNA was planted.”

Colborn’s complaint also claims that Making a Murderer mislead viewers into concluding that he helped plant Halbach’s car in the Avery Salvage Yard. The series features testimony where Colborn was cross examined about a call he made to police dispatch on November 3rd, 2005, two days before the RAV-4 was found, inquiring about Halbach’s license plate number.

“Avery’s attorneys suggested [Colborn] was looking directly at Halbach’s vehicle when he called dispatch,” the complaint reads. “The claim is entirely baseless and false, and the defendants knew of its falsity.” He also says that they omitted other testimony where he explained the nature of the dispatch call, because “it supports a non-nefarious interpretation.” Colborn doesn’t provide evidence to support his claims about the filmmakers’ intent with these editing choices, which a successful defamation lawsuit requires.

Read more Rolling Stone: Why the Midterms Were Good News For Steven Avery and Brendan Dassey

Regardless, Zellner claims to have an abundance of new evidence that Colborn found Halbach’s car on November 3rd, and not on the Avery property. She’s filed affidavits from two witnesses who claim to have seen the RAV-4 parked off Highway 147, one of whom says she informed Colborn directly, and he failed to document the conversation.

“We have also filed an enhanced audio tape which reveals a second person at the scene saying ‘It’s hers,’ which confirms the vehicle was present when Colborn’s call was made,” Zellner tells Rolling Stone.

There are other examples cited in Colborn’s complaint which fail to address the full scope of the misconduct allegations made by Avery’s defense team since the release of Making a Murderer’s first season. Much of the evidence he cites as proof of Avery’s overwhelming guilt have been refuted by new defense experts and witness affidavits filed with the post-conviction court. Colborn’s civil lawsuit presumes that the only facts that matter are what’s in the trial record; however, should the case move forward, the defendant’s’ right to discovery would go well beyond the bounds of Avery and Dassey’s criminal trials. Zellner likes the sound of that.

“We are thrilled that Colborn filed this lawsuit [because] he will have to testify under oath about all of the issues that have swirled around him for years. Everything about the first wrongful conviction will be exhaustively explored as well. From having observed the meticulous, painstaking, uncompromisingly ethical work of Ricciardi and Demos for 2.5 years they have to be amused but not in the least threatened by this frivolous lawsuit. For us it is an early Christmas present.”