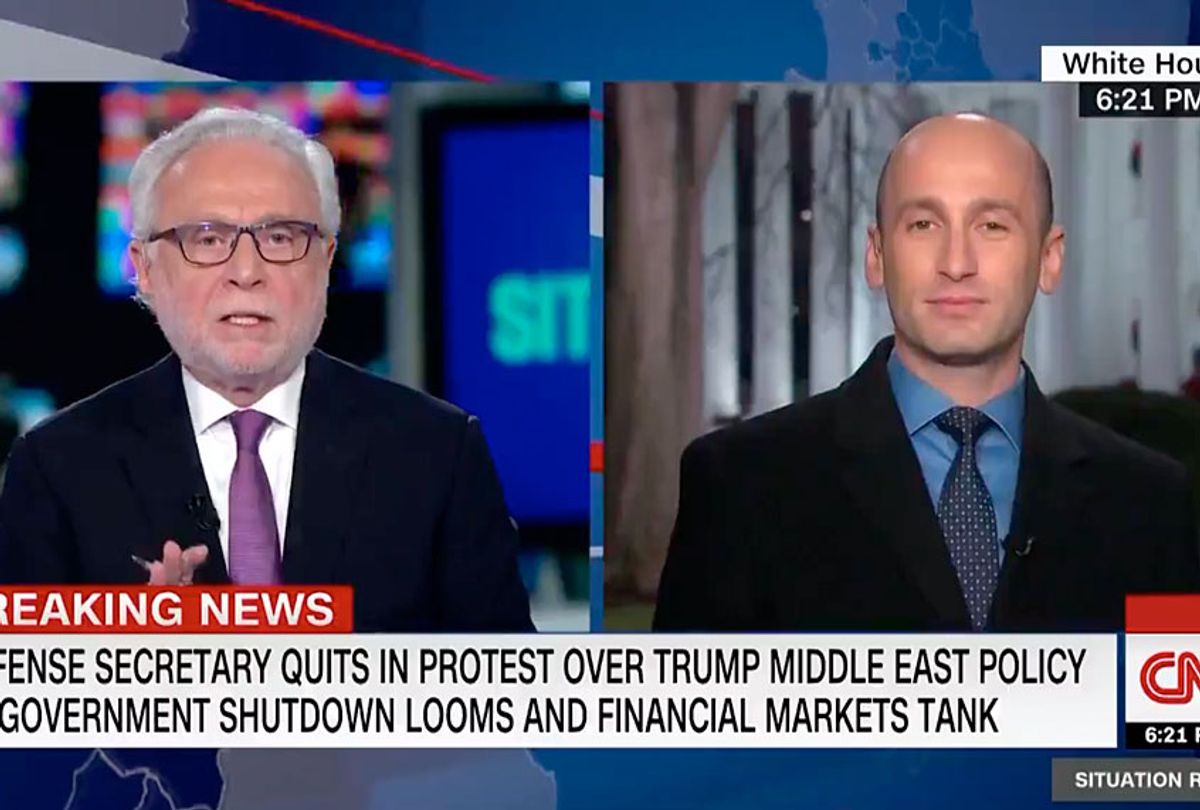 Miller went on CNN to defend Trump’s decision to pull troops out of Syria.

Miller attacked the media for “hours of coverage” that is “breathlessly” supporting American involvement in the Syrian conflict even though Defense Secretary James Mattis resigned today in apparent protest of the president’s stance on Syria.

“How many more innocent people have to die in pursuit of an open border agenda?” Miller yelled.

Wolf then told him to calm down.

“Calm down a minute, we don’t have to yell,” Wolf said.

Watch the video below via CNN.

Wolf: "Calm down a minute, we don't have to yell" ? pic.twitter.com/1nnQKeMty0